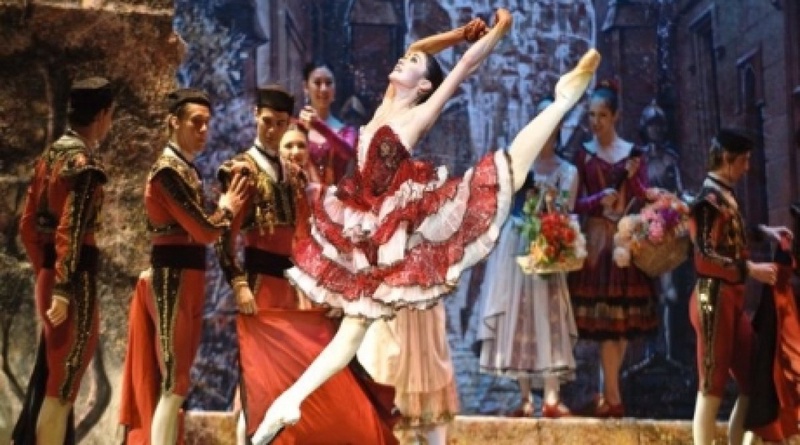 Imperial Russian Ballet. Photo ©ballet-imperial.ru
To the joy of the music lovers, the Operamania opens its show in Almaty on February 23 at the Republic Palace (crossing of Abay and Dostyk streets),
Continuation
1.
Marcelo Alvarez to sing in Puccini's Tosca at Astana Opera
2.
Imperial Russian Ballet to perform in Almaty
Tengrinews reports. The Tenors of the 21st Century project is led by Dmitry Sibirtsev, a Russian musician and producer. The project brings the most famous and talented tenors from the Bolshoi Theatre, the Stanislavski and Nemirovich-Danchenko Moscow Academic Music Theatre and the Moscow New Opera Theatre. “The event aims to popularize classic art in Almaty. We would like this performance to inspire the audience to see the whole classic repertoire of Almaty theatres in future,” the Head of the Almaty Department of Culture Kairat Kulbayev said. The Operamania is a part of the Almaty - a Cultural Capital of CIS Year events. Also, Kazakhstan’s magic voices Dina Khamzina (mezzo-soprano) and Lada Kysykova will perform Jacques Offenbach’s Barcarolle from The Tales of Hoffmann and Gioachino Rossini’s Duetto buffo di due gatti. The Operamania will also bring a performance from the Imperial Russian Ballet Company led by Gediminas Taranda. The State Academic Symphony Orchestra of Kazakhstan will accompany the ballet performance. A pass for a night of magical melodies and grand performances can be purchased at Ticketon.kz for $4 (students/retirees) and $10-16 for the general public. The dress code dictates you to put on your fancy evening dresses to enjoy a night of pure musical fantasy.