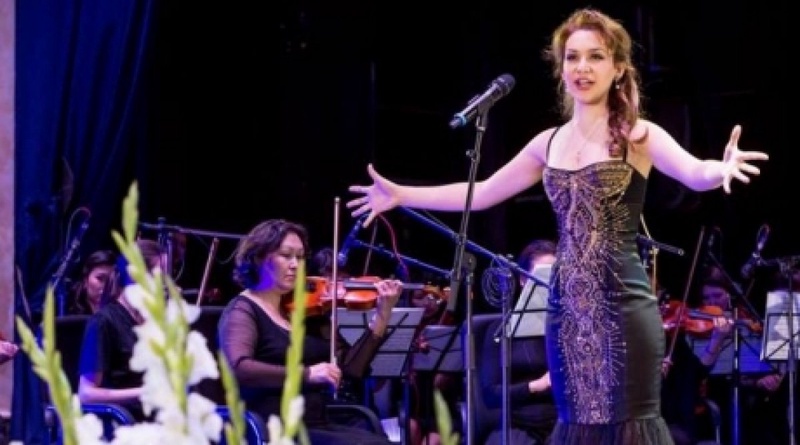 Maria Mudryak at Opera Ball in Almaty. Photo courtesy of ourganizers of the ball.

Young Opera singer from Kazakhstan Maria Mudryak will perform Giulietta’s role in ‪The Tales of Hoffmann‬ in Teatro Sociale Como in Italy in the end of this year, Tengrinews reports.

The Pavlodar native is currently rehearsing her part in Jacques Offenbach’s opera based on short stories by E. T. A. Hoffmann. In the third act, poet Hoffmann falls in love with courtesan Giulietta who is ordered by mysterious Captain Dapertutto to steal the poet’s reflection in the mirror. Hoffmann cannot resist the courtesan and gives her his reflection to be later abandoned by Giulietta.

The young Kazakhstani singer was named the best opera singer of Italy in 2011 at the National Competition in Italy.

She won a Bolashak education scholarship in Kazakhstan and a year later she graduated from the Milan Conservatory as the youngest student to complete the whole course.

At the moment, Maria is continuing her studies at the Music Academy in Milan and working at The Teatro Carlo Felice in Genoa.

Maria Mudryak, a graduate of Scuola Musicale di Milano performed the lead role in Mozart’s The Marriage of Figaro at The Teatro Carlo Felice in Genoa. She has also performed Musetta’s part in Puccini’s La Boheme.