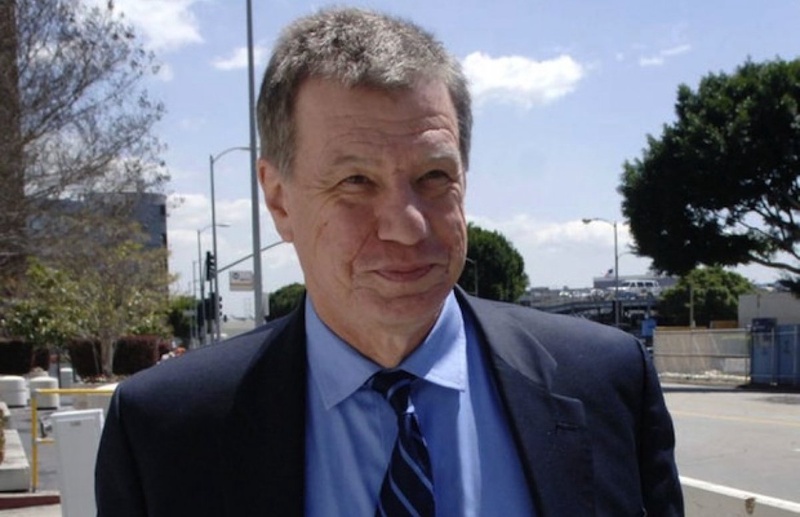 John McTiernan. Photo courtesy of complex.com
"Die Hard" director John McTiernan was released from prison Tuesday after nearly a year behind bars in connection with a wire-tapping scandal, his wife said, AFP reports Tiernan, whose films also include "The Hunt for Red October" and "The Thomas Crown Affair," was freed from prison in Yankton, South Dakota, his wife Gail told AFP. He spent 328 days in jail, according to a "Free John McTiernan" Facebook page last updated shortly before his release. He was jailed last April. McTiernan has already signed to direct an action movie, "Red Squad" following his release, according to industry journal Variety. "I'm obviously ecstatic, but I must tell you that my husband has been so shocked by what he's learned from this experience that being in or out of prison seems to him almost irrelevant," she said. "The government's prosecutors can ruin and destroy anyone's life. They are shameless about smearing people in the press, readily rewrite laws to their own convenience," as well as threatening defense lawyers, she added. The filmmaker was sentenced to 12 months in jail and fined $100,000 in 2010, but he stayed free until last year pending appeals in the case, which stemmed from allegations that he lied to an FBI agent. Celebrity supporters, including "Pulp Fiction" star Samuel L. Jackson, voiced support for McTiernan, and the "Free John McTiernan" Facebook page had drawn over 10,000 likes by Tuesday. In an initial 2006 guilty plea, McTiernan admitted to making a false statement in a phone call from a man who claimed to be an FBI agent, about whether he had hired private investigator Anthony Pellicano to wiretap film producer Charles Roven after they worked on the 2002 "Rollerball." Shortly afterwards he sought to reverse his plea, but he was sentenced to four months in jail and fined $100,000. In 2008, an appeal court allowed his not guilty plea and quashed the fine. But in 2009 he was indicted by a federal grand jury on charges of lying to federal agents and perjury. He conditionally pleaded guilty in October 2010 and was sentenced to one year in prison. His lawyer Hank Hockeimer said McTiernan was jailed "not only for a crime he did not commit, but for conduct that simply is not a crime," blaming "prosecutorial contortions and judicially-created procedural walls." McTiernan made the first "Die Hard" film in 1988 and the third, "Die Hard: With a Vengeance," in 1995, as well as 1990's "The Hunt for Red October." He did not make the other "Die Hard" movies, including last year's "A Good Day to Die Hard." Pellicano, who was convicted of 78 felonies at two separate trials in 2008, is currently serving a 15-year sentence in federal prison.