The children who work in India's rat-hole coal mines

The children who work in India's rat-hole coal mines

Thirteen-year-old Sanjay Chhetri has a recurring fear: that one day, the dark, dank mine where he works will cave in and bury him alive. Like thousands of children in India's remote northeast, Chhetri begins work in the middle of the night, ready to dig pits, squat through narrow tunnels and cut coal shards. At four feet six inches, the skinny teenager is the perfect fit for a job in the lucrative mining industry in Meghalaya state whose crudely-built rat-hole mines are too small for most adults to enter. Each day Sanjay makes his way down a series of slippery ladders in the pitch-dark, carrying two pickaxes, with a tiny flashlight strapped to his head. 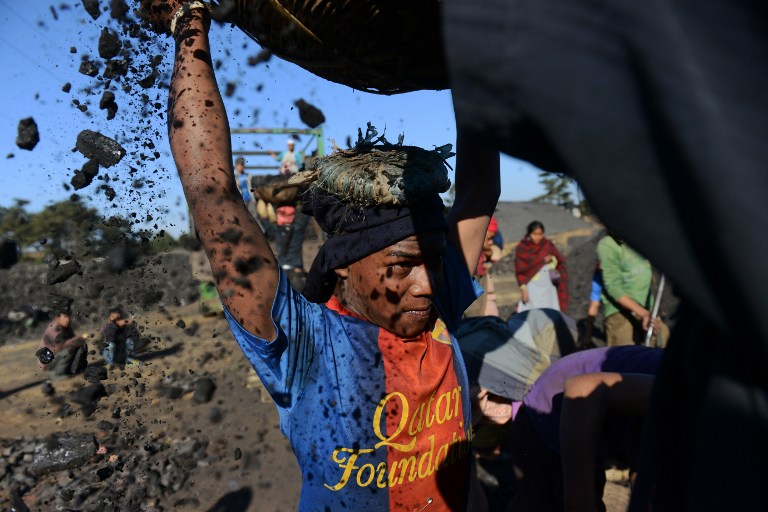 A young worker places a basket filled with coal. ©AFP

Seven months into the job, he still walks gingerly, taking care not to miss a step and fall fifty metres (165 feet). Once he reaches the bottom, he squats as low as he can and slips into the two-feet-high rat-hole, pulling an empty wagon behind him. That's where his nightmares begin. "It's terrifying to imagine the roof falling on me when I am working," he says. Twelve hours later, he will have earned 200 rupees ($4) for a day's work, more than his parents make as labourers in the state capital Shillong. 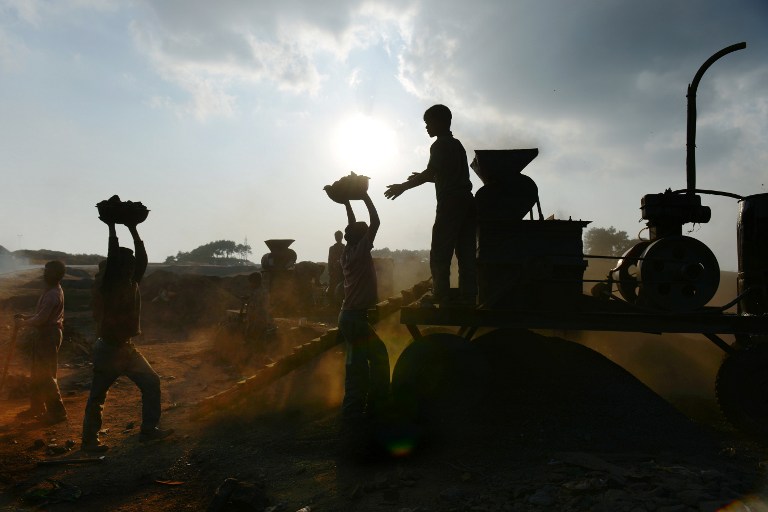 The eldest boy in a family of ten, Sanjay left school two years ago when his family could no longer pay the bills. "It's very difficult work, I struggle to pull that wagon once I have filled it with coal," he tells AFP. As he shivers in coal-stained jeans and flip-flops -- revealing wrinkled feet that look like they belong to a much older man -- he says his parents constantly ask him to return home to work with them. But he isn't ready to leave the mines yet. "I need to save money so I can return to school. I miss my friends and I still remember school. I still have my old dreams," he says. -- No curbs on child labour -- Mine manager Kumar Subba says children like Sanjay turn up in droves outside Meghalaya's coal mines, asking for work. "New kids are always showing up here. And they lie about their age, telling you they are 20 years old when you can see from their faces that they are much, much younger," he tells AFP. Baby-faced Surya Limu is among the most recent recruits to join Subba's team in Rymbai village. Limu, who claims he is 17, left his native Nepal for Meghalaya when his father died in a house fire, leaving behind a widow and two children. Unlike his more experienced colleagues, Limu moves slowly down the precarious mine steps, his delicate features straining with the effort. "Of course I feel scared but what can I do? I need money, how else can I stay alive?," he tells AFP. Child labour is officially illegal in India, with several state laws making the employment of anyone under 18 in a hazardous industry a non-bailable offence. Furthermore, India's 1952 Mines Act prohibits coal companies from hiring anyone under 18 to work inside a mine. Meghalaya, however, has traditionally been exempt due to its special status as a northeastern state with a significant tribal population. This means that in certain sectors like mining, customary laws overrule national regulations. Any land owner can dig for coal in the state, and prevailing laws do not require them to put any safety measures in place. According to the Shillong-based non-profit, Impulse NGO Network, some 70,000 children are currently employed in Meghalaya's mines, with several thousand more working at coal depots. "The mine owners find it cheaper to extract coal using these crude, unscientific methods and they find it cheaper to hire children. And the police take bribes to look the other way," Rosanna Lyngdoh, an Impulse activist, told AFP. 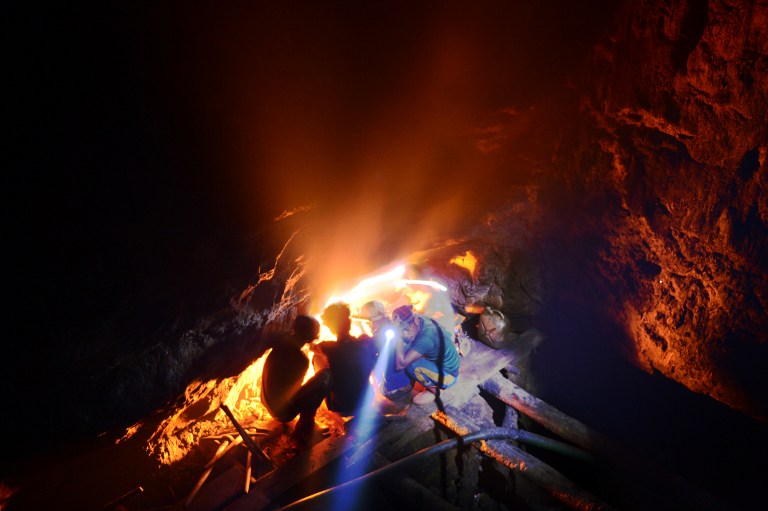 Indian coal miner, Surya Limu (inside hole), squats with other miners by a fire to keep warm hours before dawn. ©AFP

-- Accidents and burials -- After decades of unregulated mining, the state is due to enforce its first-ever mining policy later this year. The draft legislation instructs mine owners not to employ children, but it does allow rat-hole mining to continue. "As long as they allow rat-hole mining, children will always be employed in these mines, because they are small enough to crawl inside," Lyngdoh said. Accidents and quiet burials are commonplace, with years of uncontrolled drilling making the rat-holes unstable and liable to collapse at any moment. According to Gopal Rai, who lives with seven other miners in an eight by ten feet tarpaulin-covered bamboo and metal shack, compensation is rarely, if ever, paid to injured children. The 17-year-old spends his wages on clothes, mobile phone downloads and a fortnightly schedule of spiky "Korean-influenced" haircuts. "Some days I feel all right, on other days it's a little difficult to breathe," Rai said, a saffron and black scarf wrapped around his neck. He sees no reason to visit a doctor. "What's the point? Anyway, when I leave home for work I have no idea if I will come back alive.

by Ammu Kannampilly from AFP