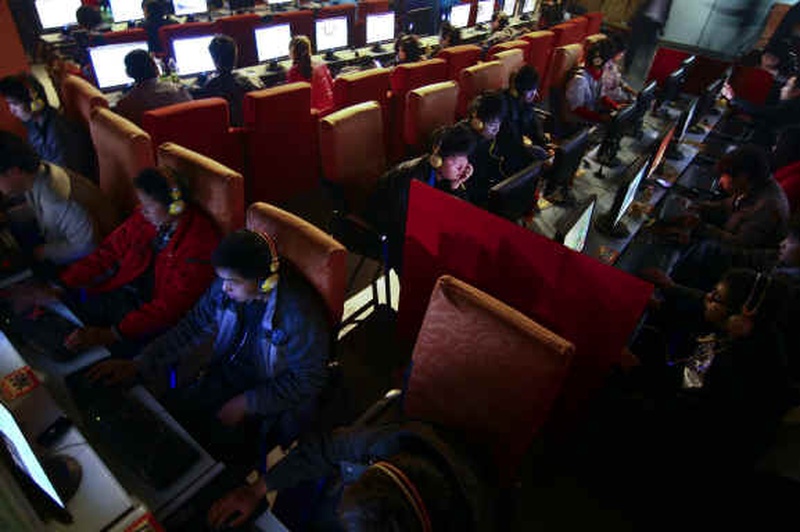 Many young Asians are finding it tough to cope without a gadget in hand or a computer within reach. © AP

A baby girl starves to death as her parents raise a virtual child online; a boy scolded for excessive gaming kills his mother then commits suicide -- technology addiction is taking a toll in Asia, AFP writes.

With more 100 million "smartphones" now sold annually in the Asia-Pacific region -- expected to double in five years' time -- it is the world's largest market for advanced mobile devices.

And as social networking sites and mobile games explode in tandem with the telecom industry, many young Asians are finding it tough to cope without a gadget in hand or a computer within reach.

"I guess you can call me addicted, fine," admitted 22-year-old Singaporean university student Hanna Ruslana, who has befriended more schoolmates on Twitter than on campus.

She checks her iPhone at least every 15 minutes and maintains accounts on Facebook, Twitter, Foursquare and LinkedIn.

When Twitter freezes, she and her friends plunge into an anxious wait.

But hers is a mild case compared to tragic examples in South Korea, one of the world's most electronically-connected societies.

Last December, a mother was arrested for allegedly killing her three-year-old son while she was tired from Internet game-playing.

A month earlier, a 15-year-old boy committed suicide after killing his mother for scolding him over his gaming habits.

In May 2010, a 41-year-old South Korean man was sentenced to two years in jail after he and his wife left their baby daughter to die of malnutrition while raising a virtual child on the Internet.

The Seoul government estimates the number of web addicts at about two million in a nation of almost 50 million.

From this year, it will offer free software to people at risk to limit the time they spend on the web.

Parliament is also about to consider a "Cinderella" law which would ban those aged under 15 from playing online games between midnight and 6.00 am.

In Singapore, a survey conducted on 600 university and polytechnic students earlier this year showed 88 percent of them preferred communicating through technology over face-to-face chats.

More than 40 percent of respondents spent more than four hours a day glued to their mobile phones in a country where there are now 1.4 mobile phones per person, most of them web-enabled.

"So it becomes abnormal behavior, where the compulsive behavior will lead to harm to a person or to people around him or her," he told AFP.

In Japan, the internal affairs ministry has warned that young people's addiction to gaming and mobile phones can make them apathetic and harm their social relations and health.

The National Consumer Affairs Center of Japan said cases brought to it for consultation on online games-related concerns rose to 1,692 in 2010, up from 1,437 in 2009, many of them involving youths.

In Malaysia, the population has embraced social networking sites enthusiastically.

According to a study released by global research firm TNS in November 2010, Malaysians are the most sociable people on the Internet with an average of 233 friends in their network, compared to 68 in China and just 29 in Japan.

The University Malaya Centre of Addiction Sciences said it received about 50 cases when it began a study on addiction to social networking giant Facebook in 2009, and the cases increased to about 70 last year, most involving young people.

"It is more common among youth because they have more exposure to the Internet and social networking sites," said Muhammad Muhsin Ahmad Zahari, deputy chief coordinator of the centre.

"They are more inclined to attach themselves to the computer and ignore other modes of socialising."