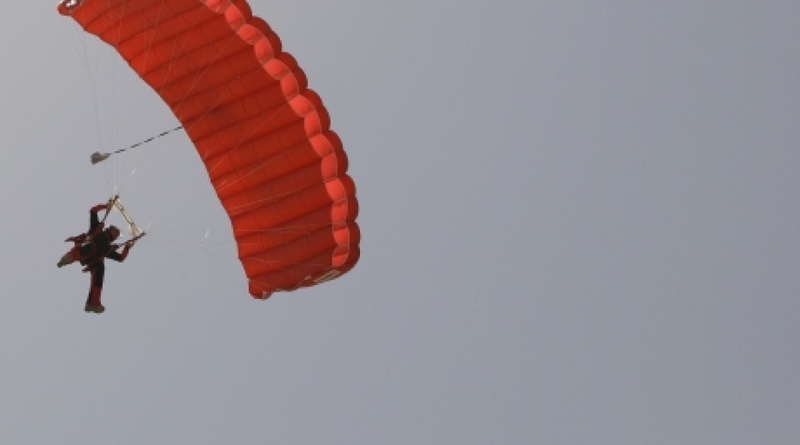 Heather Swan admits skydiving used to terrify her -- it took her about 50 jumps before she stopped feeling sick to the stomach.

But as she sweeps back her long blonde hair to clap on a fire-engine red helmet and walks towards the small plane which she will shortly jump from at about 13,000 feet (3,900 metres), the 49-year-old exudes excitement.

"I think women find these sports more scary than men to start with and that was definitely my experience -- I was very afraid," she laughs.

Swan now has some 800 skydives to her name and must be one of the few grandmothers in the world who BASE jumps, a more extreme sport in which divers leap from tall structures -- Buildings, Antennas, Spans and Earth (cliffs). 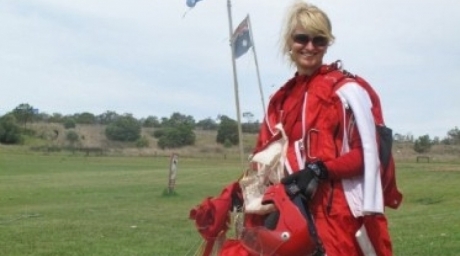 Such is her commitment she earned the world record, with her husband Glenn Singleman, for the highest BASE jump (exit point) after they leapt off Mount Meru at an altitude of 6,604 metres in the Indian Himalayas in 2006.

Swan believes that challenging her fears has made her more confident and that skydiving, once the preserve of ex-military males, is empowering more women like her as they become increasingly involved in the sport.

"I've seen women who only ever did one jump, one tandem jump... and it had a transformative effect on them," she explains.

Swan herself is little different, taking up skydiving after turning 40 and meeting Singleman. She quit her management consulting job and is now a fixture in the community. 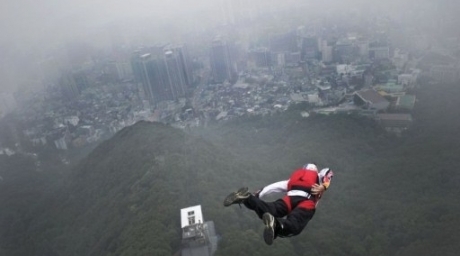 But she says she still sometimes feels the sting of those who question why a woman would want to skydive or BASE jump.

"It's intriguing that people will often say to me, 'Oh how can you do that, you've got children' -- although my children are well and truly grown up -- and yet I've never heard anyone say that to Glenn. And yet he's a father.

"I think there's still that entrenched belief that women, particularly mothers, shouldn't do what is perceived as risky sports. It's very old-fashioned.

Susie McLachlan, on the other hand, was born into skydiving. Her mother may have made a jump while pregnant with Susie and she herself admits "it's in my blood". She did her first tandem with her dad when she was 17.

But McLachlan, 37, realises not every woman is supported in their choice to skydive and a few years ago she formed Skysisters, a group which aims to encourage, support, motivate and challenge female skydivers of all levels.

The group holds conventions which attract skydiving women from around the world and this year's event saw the women start their days with a yoga session and complete jumps wearing glamorous fashions and lingerie. 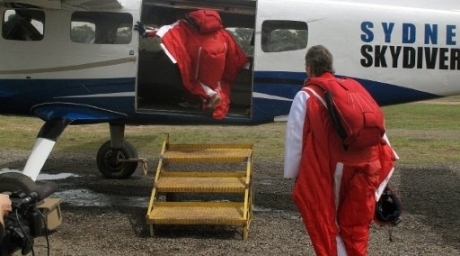 Australian skydiver and BASE jumper Heather Swan (C), with husband Glenn Singleman (R), boarding a plane at the Sydney Skydivers in Picton. ©AFP

Swan, who is a member of Skysisters, believes it's a great organisation for "encouraging young women to move into the sport safely and responsibly".

McLachlan, who has a three-year-old daughter, says she faces questions all the time about why she still jumps, and believes it could be a factor in why females are so outnumbered in the sport.

"I try not to let that be a concern to me," she says. "It's about living your life."

Having watched several fatal accidents and a plane crash involving her father which he survived with a broken back, leg and shoulder blade and having been scalped, McLachlan knows about the dangers.

Yet she is still keen to have fun with her sport, diving in high heels for a fashion shoot and in a black sequined dress and stilettos for Skysisters despite the peril, kicking them off before landing.

"I was (freaking out), don't worry, because if I couldn't get the shoes off it was a broken leg going to happen for sure," she admits.

While there are 400 licensed female skydivers in Australia, compared to nearly 3,000 males, McLachlan says the sport appeals to many women.

Among the newcomers is Penny Barrett, who used to have a job fitting hearing aids on the elderly but now lives on a drop zone and has completed close to 500 jumps. She sees Skysisters as a welcome support. 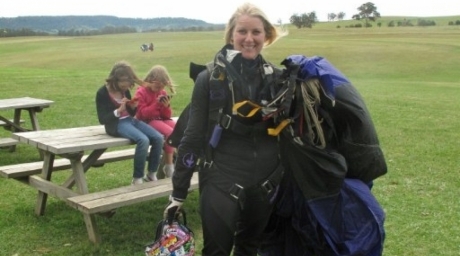 Australian skydiver Penny Barrett after completing a skydive at the Sydney Skydivers in Picton, west of Sydney. ©AFP

"Sometimes it's pretty hard being in a male-dominated world," she says, after completing a jump at Picton on Sydney's southwestern outskirts.

"I think it's great thing for women to get involved in. I didn't really see myself as a risk-taker -- life is just like that, you know." 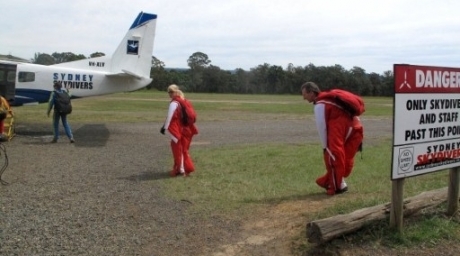 Australian skydiver and BASE jumper Heather Swan (C), with husband Glenn Singleman (R), preparing to board a plane at the Sydney Skydivers in Picton, west of Sydney. ©AFP

From time to time the sport is rocked by tragedy, none more shocking than the death last year of the Australian scene's "mother hen" 50-year-old veterinary surgeon Fiona McEachern.

McEachern died when she collided with another jumper midair and their parachutes became entangled, leaving the veteran jumper to hit the ground without her canopy properly deployed.

"So I think the most important think is to live your life so that when you die you don't have regrets. And I can honestly say that if I were to die tomorrow I wouldn't feel cheated in any way."

By Madeleine Coorey from AFP