Bursts of torrential rain lash the idyllic white beaches of the Seychelles, where conservationists fear that rare species such as the giant tortoise are at severe risk from climate change.

As changing season patterns bring harsher storms and much longer dry spells, international organisations are helping fight climate change in the tiny nation, the only one in the world where 50 percent of the land is a nature reserve. 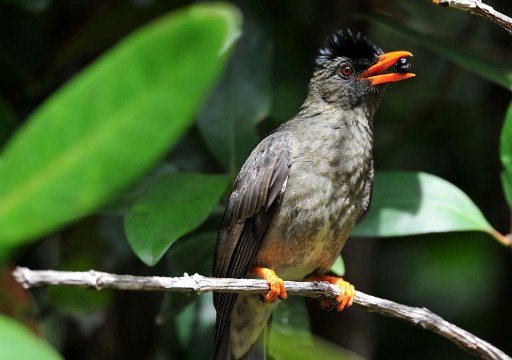 While part of the funds will go to tackling issues affecting Seychellois people such as drought, the rest is earmarked for further research into protecting the vast array of species from the fallout from global warming.

"We have a range of animals at risk, from the rare turtles and tortoises which lay their eggs on our beaches, to mountain frogs and birds such as the Black Parrot, which are endemic to the Seychelles," Payet said.

On the remote Aldabra atoll, a UNESCO World Heritage Site more than 1,100 kilometres (685 miles) from the main Seychelles islands, more than 100,000 wild giant Aldabra tortoises lumber and doze together in groups in the baking sun.

One of the biggest tortoises in the world, the Aldabra is listed by the International Union for Conservation of Nature (IUCN) as at risk of extinction, and small but notable shifts in the climate have sparked concern among experts.

"Climate change causes storm surges and higher tides, both of which erode the coast. As the sea warms up, it also kills off the coral reefs, which provide food for fish but also protect the coast from the waves," Payet said. 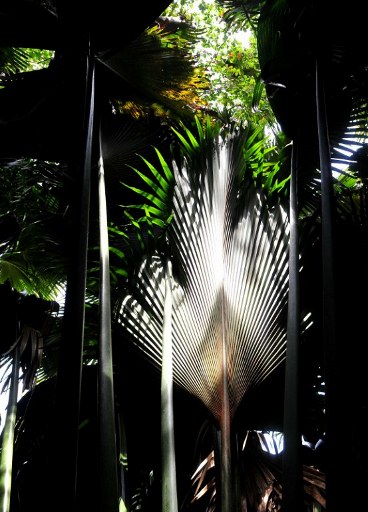 The Aldabra atoll lies only a few metres above the turquoise waves of the Indian Ocean and the fear is that rising sea levels and tropical cyclones may eventually swallow it up, taking the giant Seychelles tortoises with it.

"It's not only the Aldabra which is at risk," said David Rowat from the Seychelles marine conservation society, which heads up a programme to tag and monitor critically endangered Hawksbill sea turtles on Mahe Island's beaches.

"Hawksbills have always been hunted for their shell to make tortoiseshell jewellery. Their numbers are low but we have the fifth largest population in the world here, and it's imperative we act to protect them," he said.

Changes in temperature play havoc with breeding patterns because the Hawksbills, which live in tropical coral reefs and have prominent hooked beaks, tend to produce only females if the eggs are left in a very warm nest, he said.

"The warming also means there are violent and more frequent storms. The turtles lay their eggs in the sand, but if you have a bad storm surge, you can lose big tracts of sand and a whole season of nesting turtles," Rowat said.

"We move the nests we come across to above the high water line on the beach, but even doing that cannot always protect them from a flash surge," he added. 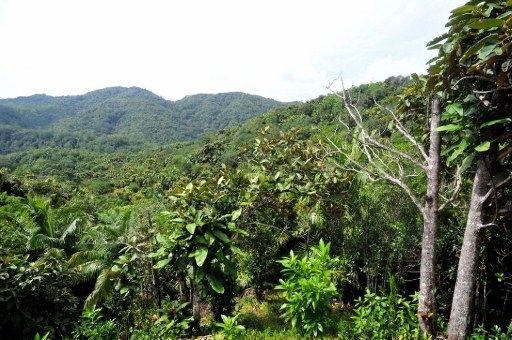 A significant part of the new funds will go to projects aiming to protect and restore the coral reefs and shore up the coastline against storms.

"The ideas we're testing include using wooden poles as a barrier to protect the coast and replanting trees to help prevent erosion, as well as attempting to regrow coral or transplant and grow more resilient coral," Payet said.

The Seychelles Islands Foundation which manages the Aldabra atoll also works to conserve the rare species at the Vallee de Mai, a national park on Praslin island home to Bulbul birds, fruit bats and Seychelles Skink geckos among others.

Black Parrots swoop above a canopy of towering palm trees with vast leaves, feasting on fruit while brightly coloured tree frogs and geckos lurk near the park's streams and dart over large moss-covered boulders in the gorge.

"The Black Parrot is only found on Praslin. It is a beautiful bird, but is at risk because changing seasons can lead to a decrease in food," Payet said.

Rising temperatures also bring another danger to this picturesque island -- the palm leaves covering the forest floor could catch alight.

by Ella Ide from AFP