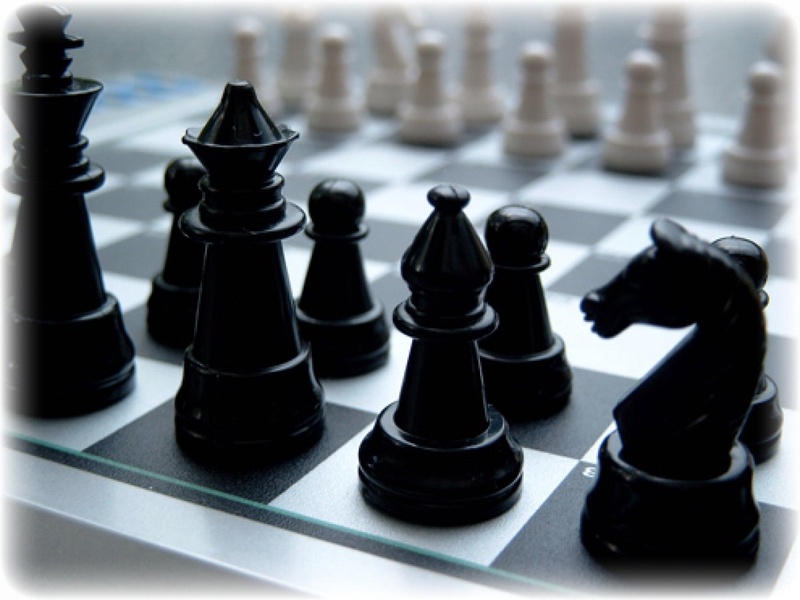 Sitting in a dimly lit room in the run-down Kampala suburb of Katwe, Phiona Mutesi stares fixedly at the chessboard in front of her as she ponders the next move in her improbable journey. "Chess has changed my life," Mutesi says, shifting the thick-framed glasses perched on her nose. "Before I didn't have hope but now I have hope-- I can become a doctor and a grandmaster." Once forced to live rough after her father died when she was a toddler, Mutesi has risen from the streets to play in international tournaments from Sudan to Siberia. Just 16 years old, she is the first female Ugandan to reach the level of candidate master and the country's reigning under-20 champion-- and now film studio Disney has bought the option to turn her story into a movie. 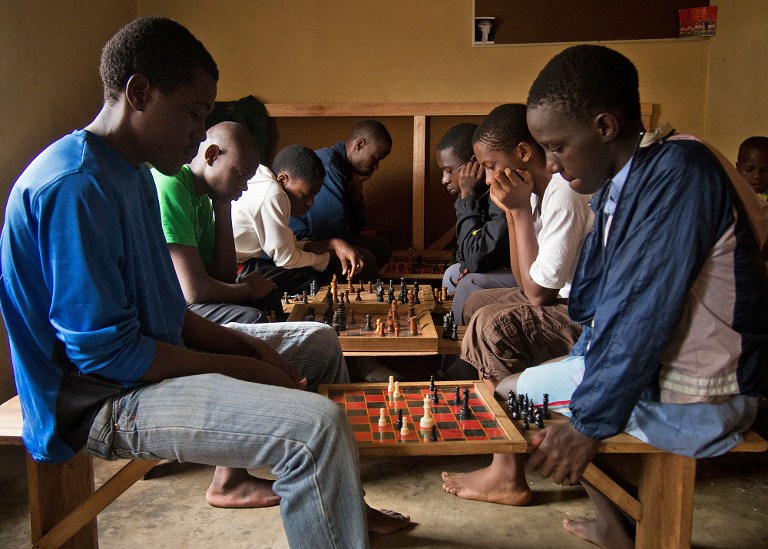 Children play chess at a chess centre in Kampala. ©AFP

Despite her success, Mutesi never set out to play chess. At nine, she began following her older brother to a nascent chess club -- not to play the game but for the free cup of porridge that was on offer. "I then asked myself 'what is this game chess?' and started to play," she says. Soon her talent shone through and she began beating allcomers-- often older boys and girls -- as she rose steadily to the Ugandan youth team and the chance to compete in chess's most prestigious tournament-- the biennial Olympiad. "I never expected to be where I am now," Mutesi says. The man who introduced Phiona -- and other children in Katwe's slums -- to chess is her coach Robert Katende. 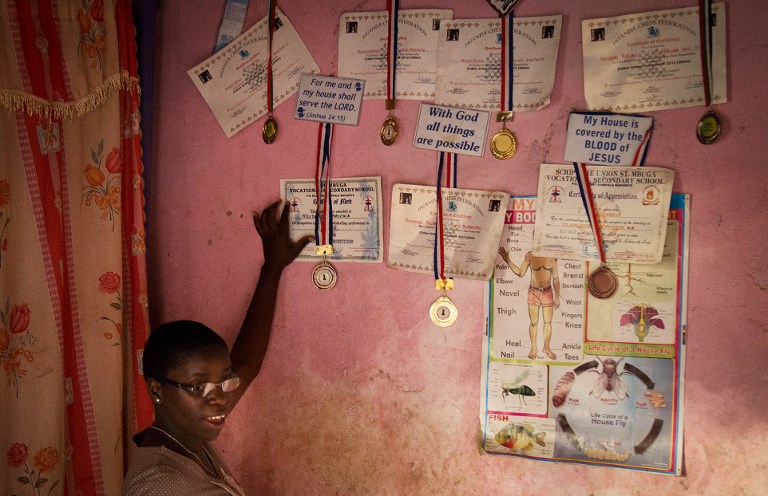 16 year old Phiona Mutesi poses with medals at her home in Kampala. ©AFP

A former footballer, in 2003 Katende swapped balls for boards when he hit on the unusual idea of teaching street kids chess -- even if none of the children had ever heard of the game. "I was looking for a platform to reach out to the kids, so I got my old chessboard and came with it down to the slums," says 30-year-old Katende. Typically taught only in Uganda's more elite private schools, Katende says that chess caught on quickly. For impoverished slum children struggling daily for food and shelter, he says, the game can teach some useful life lessons and give them a sense of much needed self-confidence. "It's not just a game, it's a way of transforming lives," Katende says. 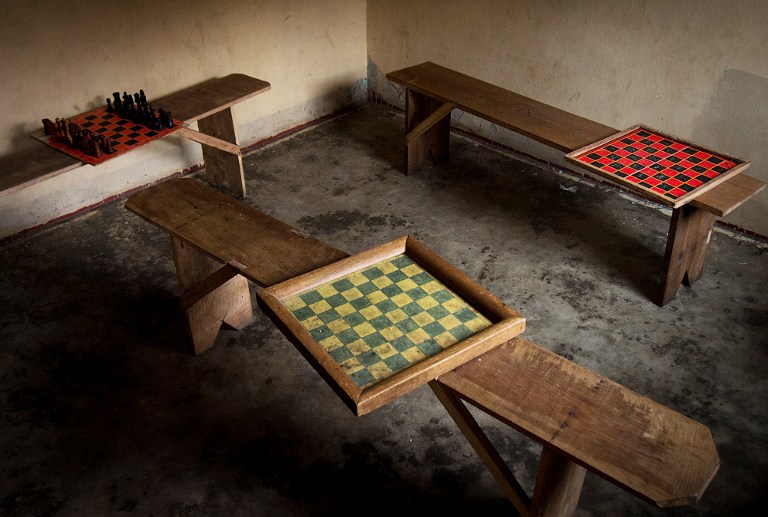 ©AFP "You face challenges and you have to think of the best move -- for children who might have become petty thieves or criminals it makes them disciplined." Since the early days of playing in the open with makeshift boards and pieces made from bottle tops, Katende's chess club has come a long way. Despite limited resources, the club's 63 members -- some as young as four -- cram onto benches in a rented room that serves as a clubhouse. Although battered, there are now enough boards to go around. Lying on his stomach in a grubby red football shirt, Michael Talemwa, 11, fingers a pawn as he tries to block an attack from his opponent. Like many of the children crowding around the chess boards, Talemwa had few opportunities before he found out about the chess club. 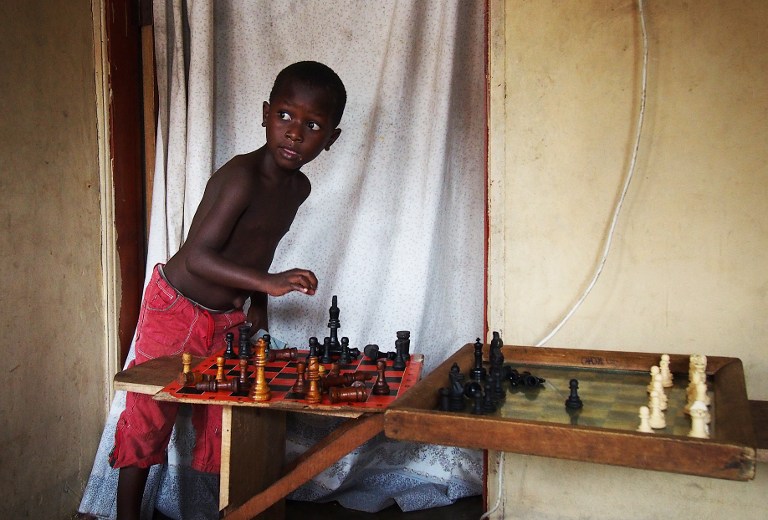 A child attends a chess centre in Kampala. ©AFP

"I used to be home alone with nothing to do until a friend came along and said we should come and play chess," Talemwa says. "I didn't know anything about it and told him I couldn't play but he convinced me." Now, after playing for two years and watching the meteoric rise of club members like Phiona Mutesi, Talemwa says he dreams of emulating their success. "I feel so happy when I hear one of our friends has achieved such a great level and I hope that I too can make it that far."

By Max Delany from AFP