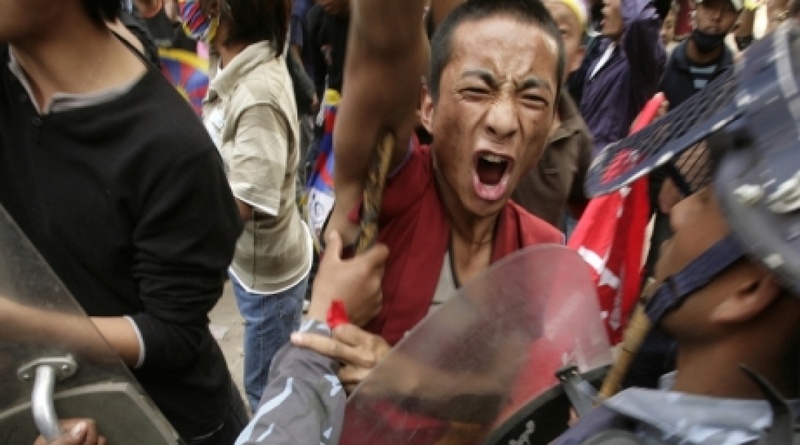 Police stop a Tibetan monk at Baudha Stupa from protesting against Chinese occupation of Tibet in Kathmandu. ©Reuters

Religious-linked violence and abuse rose around the world between 2006 and 2009, with Christians and Muslims the most common targets, according to a private US study released Tuesday.

"Over the three-year period studied, incidents of either government or social harassment were reported against Christians in 130 countries (66 percent) and against Muslims in 117 countries (59 percent)," said the Pew Research Center's Forum on Religion and Public Life study.

In 2009, governments in 101 nations, more than half the globe, used at least some measure of force against religious groups. A year earlier only 91 nations had done so, the report said. 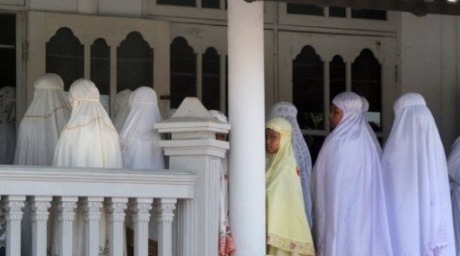 Members of the Muslim Ahmadiyah community attend Friday prayers at the An-Nur Mosque in Indonesia. ©AFP

As of 2009, more than 2.2 billion people, or nearly a third of the world’s population of 6.9 billion, lived in countries where religious restrictions had risen substantially since 2006, the study said.

In regional terms, the Middle East and North Africa had the highest proportion of countries in which government-imposed restrictions hampered people's freedom to practice their faith.

Egypt, under now-deposed leader Hosni Mubarak, stood out, earning itself a ranking in the top five percent of all countries in 2009 for government-imposed restrictions such as a long-standing ban on the Muslim Brotherhood, and for social hostilities based on religion, including attacks against Christians. 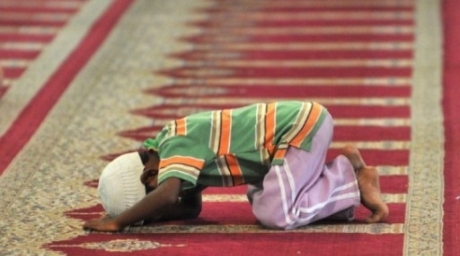 Researchers at Pew, led by senior fellow Brian Grim, combed over 18 publicly available sources of information including reports by the State Department, the United Nations, the Council of the European Union, and several rights groups to score each country on how tolerant it was of different religions.

Egypt topped the list of countries with very high government restrictions on religion, ahead of (in order) Iran, Saudi Arabia, Uzbekistan, China, the Maldives, Malaysia, Myanmar, Eritrea and Indonesia. 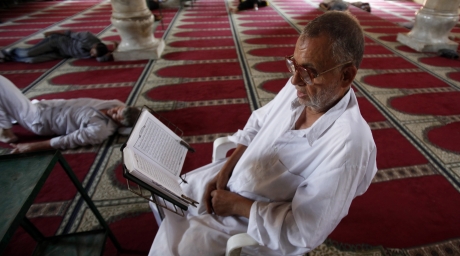 An Egyptian man reads the Koran in Cairo, Egypt. ©Reuters

Although no European countries made it into the top 10 of either list, five of the 10 countries in the world that saw a substantial increase in religion-related social hostilities were in Europe -- Britain, Bulgaria, Denmark, Russia and Sweden.

In France, President Nicolas Sarkozy said in a major speech on national identity in 2009 that the Muslim head-to-toe covering, the burka, had no place in French society, and lawmakers began discussing whether women should be allowed to wear it. 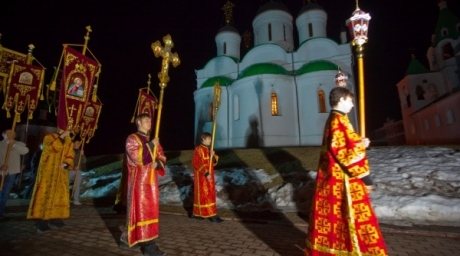 Procession of the Cross in Russia. ©RIA Novosti

The Serbian government, meanwhile, refused to legally register evangelical Protestant groups and other minority religions, including the Jehovah’s Witnesses, which deprived them of the right to air programs on public media.

Religion-related terrorist violence was included under social hostilities, and terrorist groups with ties to religion were found to be active in more than a third of the 198 countries included in the study.

In Russia, the number of casualties -- people who were either killed, wounded, kidnapped, displaced or had their property destroyed -- from religion-linked terror attacks more than doubled in the two years ending in 2009, compared to the two-year period ending in 2008. 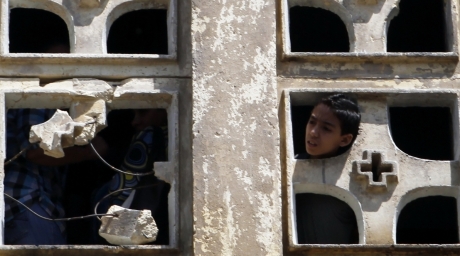 Saint Mary Church which was set on fire during clashes between Muslims and Christians in Cairo. ©Reuters

Other examples of social hostilities given in the report were the August 2008 terrorist attack in Xinjiang province, attributed by the authorities in Beijing to the East Turkestan Islamic Movement, and riots in overwhelmingly Buddhist Tibet in 2008, which pitted ethnic Tibetans against Han Chinese.


By Karin Zeitvogel from AFP