A dozen seniors in the western Polish city of Poznan do gymnastics every Monday, guided by a sexagenarian in a class run by an international group focused on helping the elderly stay young.

"I do exercises three hours a day and despite the fact I'm 66, I still manage to do the same things as an 18-year-old," says Ludwika Kochman, a volunteer gymnastics coach with the Little Brothers of the Poor association.

"I want all these people to understand that if they take care of their bodies, they will stay healthy," she adds.

Poland is one the countries worldwide to join the association founded in France just after World War II.

Kochman, a lifelong athlete who boasts she hasn't been sick in the past 23 years, makes her group of seniors work mainly on their joints by exercising to music.

"Thanks to the exercises, our gestures are smooth, we are satisfied, happy," beams 72-year-old Stanislaw Soloch. 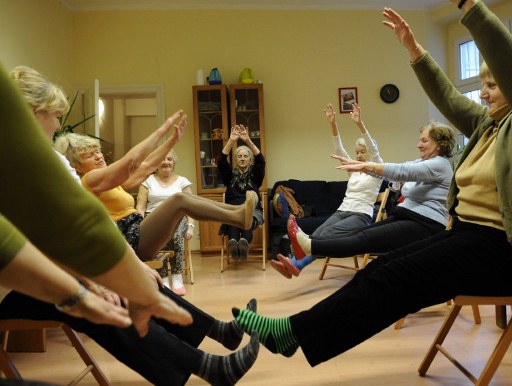 "They are very calming on the nerves, and they give us lots of hope for both the present and the future," he adds.

Dances and outings to the theatre and museums are among the other activities organised by the Little Brothers, also active in the Polish cities of Warsaw and Lublin.

Volunteers also visit the lonely at home as well as those with limited mobility to help them with their chores.

She has a visitor -- Maria Tytula, another senior and volunteer at the Little Brothers of the Poor -- who comes over regularly.

"We go shopping or for walks together, we go to the cinema or to the doctor. We complement each other," says Tytula, adding that Kaliszan rarely went out when she they first met.

Over the last year the two women have become all but inseparable.

"By being with her and spending my time with her, I try to make her life more pleasant," says Tytula, regretting that she can no longer help her friend with more demanding chores. 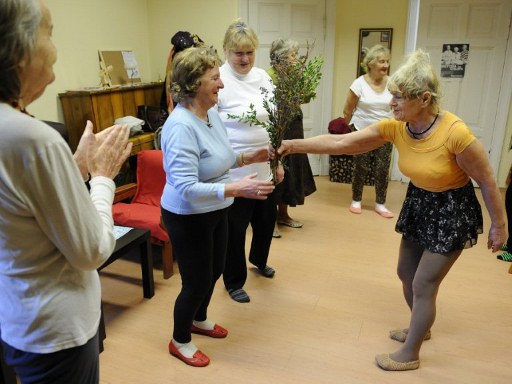 Ludwika Kochman (R) gives flowers as a birthday gift to an elderly woman before a gym session. ©AFP

Founded in France in 1946 by Armand Marquiset, the Little Brothers of the Poor are also present in Canada, Germany, Ireland, Spain, Switzerland and the United States. In 2002, Poland became the eighth and latest country to gain a branch.

"Before Poland's (2004) entry into the European Union, quite a few volunteers went to France for training," says Anna Kosikowska, president of the association in Poznan, who spent five months in training herself in the French cities of Paris, Lille and Dunkirk.

French companies funded the association's activities in Poland until 2006 when it won public subsidies. 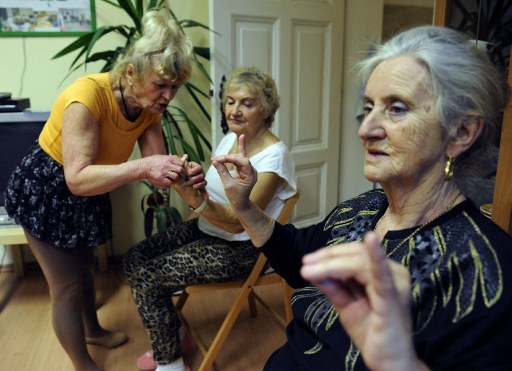 "The money is used to pay our two employees, to fund our cultural visits for seniors, as well as for bigger projects including day trips," says Kosikowska, with a smile.

by Damien Simonart from AFP