Quasimodo only had eyes for Esmerelda but the famous hunchback's fellow Parisians have always had another special lady in their lives. Notre Dame (Our Lady), the iconic cathedral at the heart of the French capital, will on Wednesday launch a year of celebrations to mark the 850th anniversary of its founding. Like a true Parisienne, age has not withered her. Eight and a half tumultuous centuries have left one of the jewels of Gothic architecture with barely a wrinkle, but plenty of stories to tell. A 12th century crusade was launched from here. An English monarch, Henry VI, was crowned King of France in 1431. Nearly 500 years later, it was in this building that Joan of Arc was declared a saint. In 1548, rioting Huguenots extensively damaged some of the edifice's finest features.

Two and a half centuries later, at the height of the French Revolution's anti-clerical frenzy, the church suffered further vandalism and narrowly escaped complete destruction, its utility as a warehouse for food effectively saving it for generations to come. Yet only a few years later, in 1804, Pope Pius VII was officiating as Napoleon and Josephine were installed as Emperor and Empress. It was not until the second half of the 19th century that Notre Dame was fully restored to its pre-Revolution state, thanks to a 25-year programme of renovation overseen by the architect Eugene Viollet-le-Duc. Without it, the venerated cathedral might have sunk into the Seine, the river it overlooks from its position on the eastern half of an island, the Ile de la Cite, in the middle of the river that runs through the city. 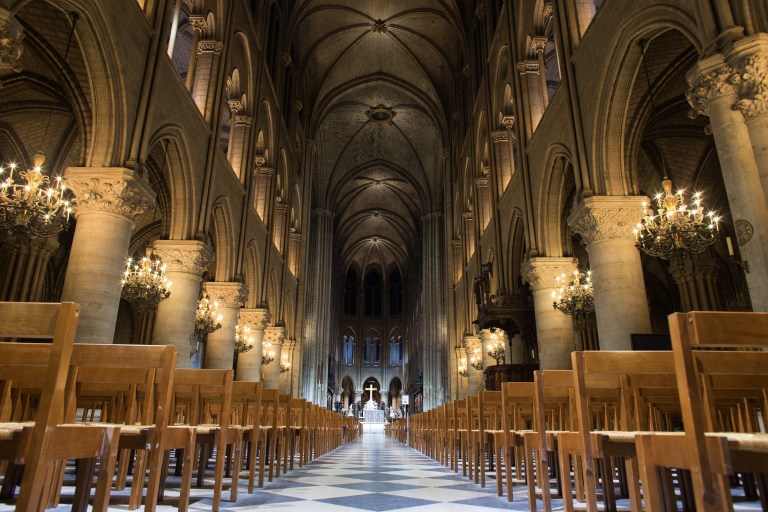 The inside of the Notre-Dame de Paris cathedral. ©AFP

Viollet-le-Duc did the engineering, but the real saviour of the cathedral was Victor Hugo, the writer whose epic novel, "The Hunchback of Notre Dame" was responsible for highlighting the cathedral's architectural value and its "countless defacements and mutilations". "The bells, the bells," was a catchphrase made famous by Charles Laughton in the role of the hunchback Quasimodo in the 1937 film version of Hugo's masterpiece, and the bells of Notre Dame will be at the centre of the jubilee celebrations. Nine new bells are to be delivered during 2013, replacing four that were taken out of service at the start of last year. The new arrivals will team up with Emmanuel, the great bell that only just managed to avoid being melted down during the revolution and rang out to announce the liberation of Paris from German occupation in 1944. "Finally, the full line-up of bells will be restored for the first time since before the revolution," Mgr Patrick Jacquin, the rector of the cathedral, told AFP. New, improved lighting, a viewing platform and a renovated organ have also been ordered to mark the jubilee year, during which the church expects to receive an extra five million visitors. 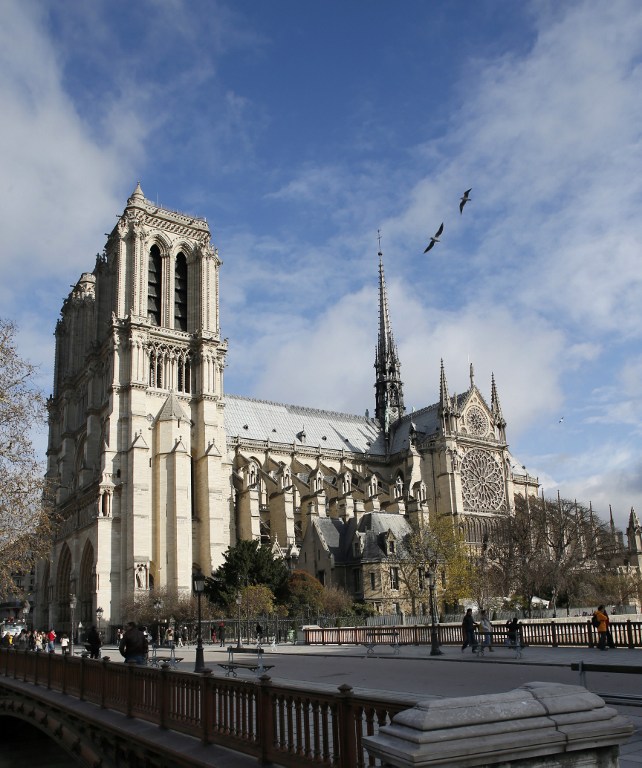 People walking on the bridge outside the Notre-Dame de Paris cathedral. ©AFP

A series of musical events are also planned to celebrate the cathedral's unrivalled acoustics. From this month until November 2013, there will be be a programme of 25 concerts reflecting the array of musical styles that have resonated around the cathedral's buttresses over the years, from Gregorian chants to contemporary symphonies via landmark works of religious inspiration like German composer Joseph Haydn's "Creation".

by Angus MacKinnon from AFP