The mediaeval walled city of Lahore is under threat from a construction 'free-for-all' ruining centuries of heritage, as an ambitious Pakistani restoration project to protect it stalls.

Rapid and illegal growth is crowding out the "old city" -- the section of the eastern hub fortified by a wall during the Mughal era -- while its unique carved wood balconies jutting on to bricklined streets fall into disrepair.

"My family has been living here for 300 years, but residential culture is facing the threat of extinction," Zafar Askari, 40, told AFP.

"New markets and shopping plazas are springing up at a fast pace. The hallmark tranquillity of interior Lahore is no more," he said.

Shops have sprouted to form ugly scars on the boundary walls. Several dozen small cloth shops and steel workshops have been built around the historic Wazir Khan mosque and Shahi Hamam royal bath.

"As far as building regulations are concerned it's a free-for-all. People are demolishing old houses and constructing multi-storey markets, and illegal encroachments are mushrooming," said Askari.

At least 145,000 people live jam-packed in the area that houses the famed 16th-17th century Lahore Fort and Badshahi Mosque, crowded into just over 2.6 square kilometres (258 hectares). 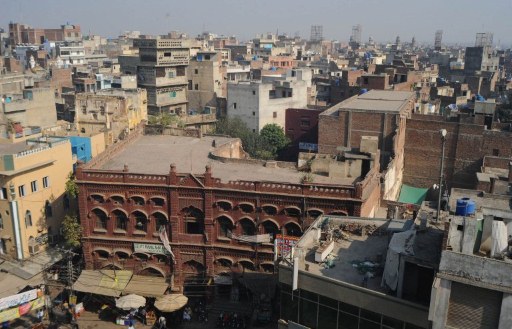 A general view of the old residential walled city of Lahore. ©AFP

Sunlight rarely filters through the web of narrow alleys covering the district, where pedestrians are forced to wade through piles of goods and hand carts moving merchandise.

Of the 13 original gates to the walled city, only six remain, and most of those have been turned into shops, their architectural beauty lost and motifs peeled off.

Residents say it's a health hazard, with ambulances and fire engines unable to access many of the 20,000 buildings in the walled city, where around half have been taken over as commercial premises, according to a government survey.

"People work around the system and flout the laws by paying bribes," a local government official told AFP on condition of anonymity, adding that the area has been subjected to "decades" of such neglect.

"Corruption is rampant in Pakistan, as it is in the municipal department and other enforcement agencies," the official said.

Main hopes for preserving the city are pinned on a provincial government plan that has won the support of development agency the Aga Khan Foundation, the German government and the World Bank, but this has stalled. 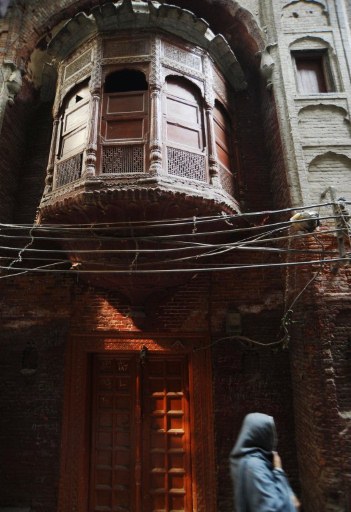 An old residential area of the walled city in Lahore. ©AFP

Under the plan, the old city is to eventually see its famed buildings restored to their former glory and properly looked after, while excessive commercial encroachments would be removed from the streets.

But the project that was initiated five years ago has made little progress so far, despite total funding of at least 860 million Pakistani rupees ($9.5 million).

Large-scale surveys of the area, its buildings, environment and economic activity have been carried out, a planning department official told AFP on condition of anonymity. But residents complain that little else has been done.

One resident from the area, Zahid Hussain, said the plan had been bogged down by arguments between shopkeepers and the authorities over the removal of illegal constructions.

Punjab tourism department official Shahid Butt told AFP that a deal was being worked out to move the illegal constructions.

"These shops are going to be moved from here soon as an agreement between the authorities and traders has been reached," he told AFP.

Others are seeing ways to preserve the vibrant social life of the district where street cafes and restaurants serve hot meals round the clock, and people flock from all over the city and further afield for a night-late meal. 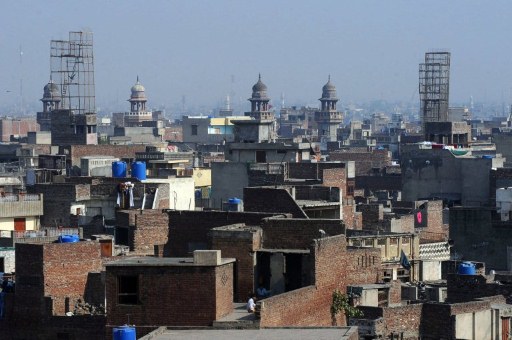 A general view of the old residential walled city of Lahore. ©AFP

A new street comprising more than 50 outlets serving traditional cuisine has sprung up between the historic Lahore Fort and Badshahi Mosque.

But whether enough can be done to defend a fast-eroding residential culture is unclear.

"There is no organised community movement in the area to resist encroachments," the official told AFP. "The restoration is work is sluggish, there's just a lack of enforcement."

Mohammad Waheed, 43, another businessman, called on the government to offer grants or loans so that people can repair their homes, and preserve the unique culture and architecture of Lahore.

"People living in these crumbling houses are too poor to even move out of here. Knowing the risks they are compelled to live in those houses," he said.

by Masroor Gilani from AFP