No-one to play with at school: India's infanticide crisis

No-one to play with at school: India's infanticide crisis

As the only girl in her noisy classroom of 22 boys, Padma Kanwar Bhatti is one defiant symbol of the toll exacted by India's deadly preference for male children.

Padma, 15, lives with her parents and two elder brothers in Devda, a village of 2,500 people in the Rajasthan state district of Jaisalmer, which has one of the worst female sex ratios in the country.

"There is no other girl in my class and there are very few girls in our village," she says hesitantly.

Padma chooses to stare at her social science text book when asked why there are less girls and more boys in her village, set in the barren lands of the Thar desert.

"Girls die," she says in Marwari, the main language of Rajasthan. 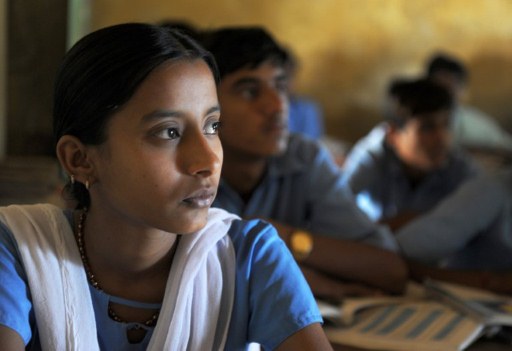 Padma Kanwar Bhatti sitting among a classroom of boys during a lesson. ©AFP

Almost everyone in Devda and neighbouring villages acknowledges the reality of female infanticide, a crime based in ancient custom and continued today even as much of India undergoes rapid economic and social change.

"We are crazy for boys. We mourn when girls are born," says Rajan Singhi, a farmer in Devda and a father of two boys, who is proud of his long ancestry as a member of the warrior Bhatti Rajput clan.

In most cases the killing takes place within 24 hours of a baby's birth and the crime is committed either by the mother or the midwife, he says.

"I have heard that people administer opium or thrust a small but heavy sack filled with sand or mustard seeds on the baby's face. Many mothers do not breast feed their daughter, starving the child to death," Singhi says.

Local historians believe infanticide in the region may have its roots in wars fought generations ago when Rajput Hindu clan elders chose to kill their daughters to save them from rape by Muslim invaders.

The Muslim attackers would plunder Hindu villages, rape girls and throw them in the village wells.

"Unable to deal with the dishonour, the Rajputs chose to kill their daughters," Umashankar Tyagi, a social historian in Jaipur, the state capital of Rajasthan, told AFP. 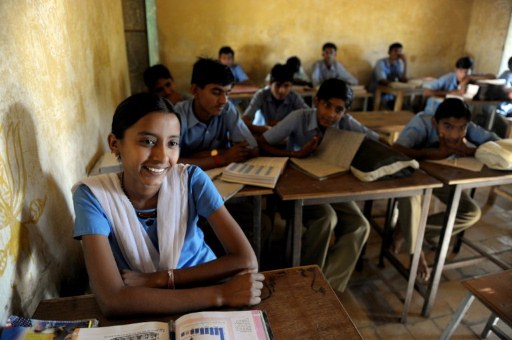 Padma Kanwar Bhatti sitting among a classroom of boys during a lesson. ©AFP

In peace time, the custom continued to thrive, Tyagi said, explaining that "the expense of dowries, illiteracy, poverty are the new justification for infanticide".

Clan elders and state government officials say that just two Devda girls have had weddings in the village in the past 100 years.

The situation reflects a nationwide crisis in India, where the preference for boys is partly due to the key role sons play in Hindu funeral ceremonies.

Other factors are the substantial -- and illegal -- dowries that a father must provide for his daughter's new family at her wedding, and the fact that sons are often seen as breadwinners and daughters as financial burdens.

As many as half a million female foetuses are estimated to be aborted each year in India, according to a study by British medical journal The Lancet.

In Rajasthan, local administration and senior police officials say they are aware of the atrocities committed against female infants, but the authorities appear reluctant to intervene in private family lives.

"Infanticide is an open secret but it is next to impossible to prove the crime," says Mamta Bishnoi, senior police officer of Jaisalmer district.

"Girls are buried in the desert and no one in the clan ever inquires about the newborn or mourns the loss," says Bishnoi, adding "we cannot dig up the entire desert to hunt for the girls."

The Jaisalmer district has one of the worst child gender ratios in India. It stands at 868 girls under six per 1,000 boys, compared with 914 girls per 1,000 boys across India, according to 2011 census data.

In Devda, women are relegated to the innermost chamber of the house, and can step out only for a visit to the temple. 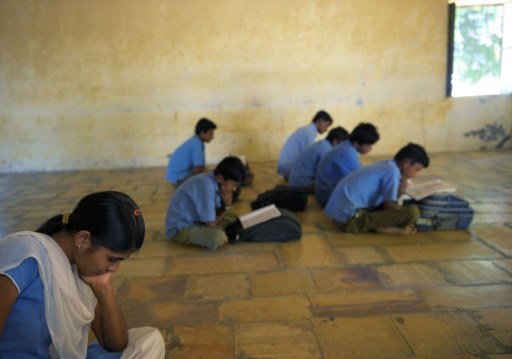 An Indian girl reading her book as she sits in a classroom full of boys. ©AFP

They walk in pairs, covering their faces with bright coloured scarves like a screen, so that even the shadow of a man does not fall on them.

"I don't send my daughter to the school because I don't like the idea of girls talking to male teachers," says Bimla Devi Bhatti, a mother of two daughters.

At a daughter's wedding, "we have to give gold, silver, cash, vessels, beds, television sets, air coolers, clothes to the groom's family and also arrange for a three-day village feast," says Bhatti.

"We have to start saving for the dowry from the day a daughter is born. I will have to sell my land to get them married."

In an attempt to end the killing, the state government has proposed to open a bank account for every girl child born in the state and deposit 25,000 rupees (500 dollars).

Once the girl turns 18, the government will gift her the amount to give the family a financial incentive to save their daughters.

"But this proposal is yet to be implemented," says Yashveer Pokharan, who works in a private school in Devda. "Daughters here desperately need this financial support to survive."

Any hope that the modernisation of Indian life could provide better prospects for the unborn girls of Devda may be misplaced.

Cheap prenatal sex-determination technology such as ultrasound scans and blood tests has only worsened the problem of female foeticide in India's middle-class city suburbs.

by Rupam Jain Nair from AFP