No link between tornadoes and climate change 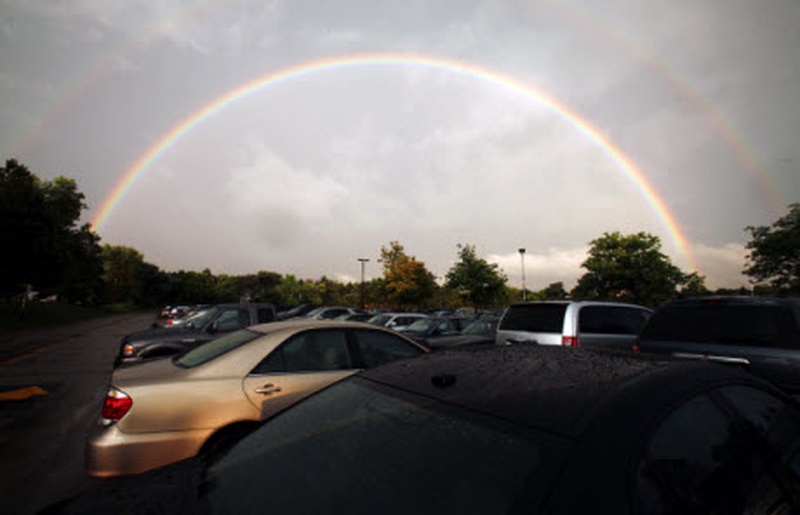 The United States is experiencing the deadliest year for tornadoes in nearly six decades, but top US weather experts are reported by AFP as saying there is no link between the violent twisters and climate change.

Instead, the reasons for the spiking death tolls are more likely due to the rise in the population density, the number of mobile homes and the chance paths taken by a series of tornadoes that have happened to target populated areas.

"This is the deadliest year for tornadoes in the US since 1953," he said.

A massive tornado tore though the Missouri town of Joplin over the weekend, killing at least 116 people, less than a month a spate of the storms struck across seven states and killed 361 people in April.

According to Russell Schneider, director of NOAA's Storm Prediction Center, that puts 2012 on par with 1953, a "horrible tornado year," when 116 people were killed in a June 8 tornado in Flint, Michigan.

The same year, 114 people were killed in a Waco, Texas twister and 90 were killed by a tornado that tore through Worcester, Massachusetts. Modern tornado records began in 1950.

"I think we have to ask ourselves the tough questions now," said Schneider.

"Why is this happening? The complexity of our society, the density of our populations in traditional tornado-prone regions of the world, community and family preparedness? Our science and technology -- are we fully exploiting that to protect Americans?"

While plenty of questions are being posed, none seem to point at climate change as a driver, and the La Nina phenomenon's effect is minimal, said Brooks.

When scientists examine the most complete records available and adjust for changes in how tornadoes were reported over time, "we see no correlation between global or US national temperature and tornado occurrence," Brooks said.

Nor are the storms themselves getting larger than they used to be, even though it may seem so after learning of massive twisters like the one in Missouri that tore apart a four-mile (10 kilometer) long, three-quarter-mile deep stretch of land.

"The biggest single demographic change that probably affects things is that the fraction of mobile homes in the United States has increased over the years," he said.

More than seven percent of all 311 million Americans (about 20 million) live in mobile homes, US Census data show. And more than half of all mobile homes are in the US South which is among the regions most prone to tornado strikes.

Anything that can be tossed into the air, like cars and mobile homes, can prove deadly in a tornado and people are urged to take shelter underground if possible. Many mobile home parks, however, have no such shelters.

Twisters are formed when atmospheric conditions come together in a certain way. At low levels, the atmosphere is warm and moist, coupled with cold dry air above.

Winds must be increasing in speed from the Earth's surface up to elevations of about 20,000 feet, with directional changes, known as wind shear, so that the southerly wind blows near the surface and gains speed at higher altitude.

"In April, essentially we were stuck in a pattern where that was the way things were for a couple of weeks, and that pattern didn't move so we had repeated episodes that were favorable for producing significant tornadoes," Brooks explained.

The weather phenomenon known as La Nina, which produces cooler than normal temperatures in the equatorial Pacific Ocean, may have had a "relatively small impact" on producing that pattern, but that is not the full picture, he said.

"It's an area of research to try to identify why the pattern was so favorable and why it was favorable for so long."

The overall tornado record does not show a steadily increasing trend toward bigger, deadlier storms, he said.

Since modern records on tornadoes began in 1950, the deadliest outbreak was on April 3, 1974. The "Super Outbreak" claimed 310 lives when 148 tornadoes over a 24-hour period swept across 13 states.

Prior to that, the single deadliest tornado in US history was in 1925, described in early accounts as killing 695 people when it tore through Missouri, southern Illinois and southwestern Indiana.