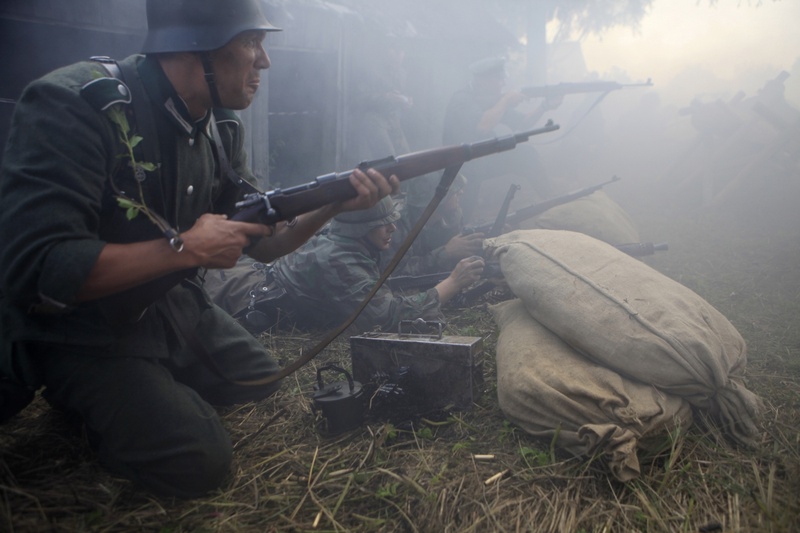 They trek for days through crocodile-infested swamps and up rain-lashed mountain jungles, but the members of the Malaya Historical Group are not seeking treasure or ancient artefacts. Instead, they're after rusty wreckage.

Over the past decade, the six amateur Malaysian military historians have helped locate the confirmed or suspected crash sites of 30 World War II aircraft -- helping bring closure for the families of more than 40 missing British and American air crews.

Nearly 70 years after the end of the war, at least 100 British and American aircraft wrecks are believed scattered across the jungles of India, Thailand and Malaysia, along with the remains of their crews.

As well as the battles for the Pacific Islands, allied forces waged war against Japanese forces whose regional conquests included previously British-held Singapore and Malaysia -- known then as Malaya.

"What we do is to find whichever wrecks are in Malaysia and help identify them so that relatives can get closure after waiting for more than six decades," says the group's leader Shaharom Ahmad. 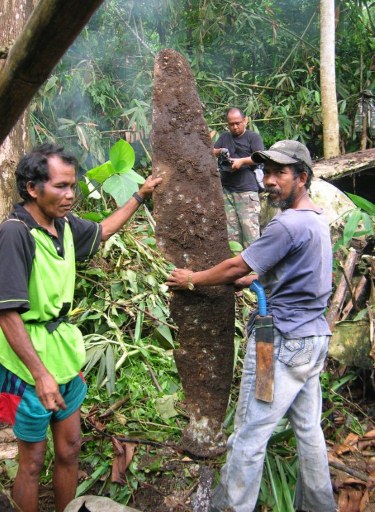 Trail guides and Malaya Historical Group members with a propeller from the wreckage of a Vickers Valetta VX525 transport aircraft. ©AFP

During the week, Shaharom, 37, is a technical engineer with Malaysian state news agency Bernama.

But he and his fellow war buffs have carried out 40 weekend expeditions over the last decade, searching for the wrecks of long-missing allied aircraft that crashed or were shot down.

Such sites "are a crucial part of the story of the war in the Pacific," said military historian Christopher McDermott, who works for the US Joint Prisoner of War/Missing In Action Accounting Command (JPAC).

He said at least 550 Americans went missing over the jungles and seas of Southeast Asia as a result of air raids, patrols, and cargo and reconnaissance missions.

Finding crash sites, he adds, can provide "positive identification for the return of remains to the families of the missing service members."

Shaharom says the group's research into American and British archives indicate the wrecks of at least 15 to 20 allied aircraft are still yet to be examined in Malaysia.

Seven of the sites have been discovered so far, but the whereabouts of the others are not yet known.

Guided by whatever, often sketchy, information is available from a flight's last location, the group's members search likely areas on treks that take several days, often in dense jungle.

Once found, sites are left undisturbed but meticulously photographed and the pictures are uploaded to their website, mhg.mymalaya.com.

From there, a worldwide network of similarly minded amateur war buffs weighs in, analysing the find.

"Within a matter of days, sometimes hours, we are able to indentify the wrecks and even get hold of the family of the pilots who were missing for so many years to tell them that the remains of their loved ones have been found," Shaharom said.

Started as a hobby in 1996, the group's work soon became a passion after members were moved by the heartfelt responses of airmens' families. Its work is funded by members or whatever private donations they can scrape together.

In one case, the group in 2009 reached and identified the crash of a US Air Force DC-3 transport that disappeared shortly after the war over the northern state of Perak during a routine flight in November 1945. 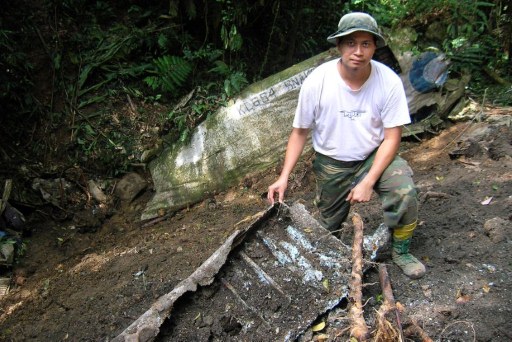 Its remains had first been spotted from the air in 1966 but nothing was done until the Malaysian wreck hunters found the site and pilots' relatives were contacted via the Internet. JPAC is now planning an excavation in 2013.

Holding a pair of smashed aviator glasses that helped to identify the American wreck, Shaharom says the group has made all sorts of finds.

"We have found exploded ammunition from the planes, landing gears, even the remains of several Japanese aircraft, of which there are 22 that crashed here during the war, with most still missing," he said.

As he spoke, Shaharom showed off a metal knob bearing a Mitsubishi logo and serial number. It came from the crash site of a Japanese bomber found by the group and since identified as part of the initial December 8, 1941 attack on Malaya.

The group has approached Japanese authorities about such finds but found little interest in pursuing identification.

One particularly "heart-wrenching" find was the discovery of two rings, a dagger and part of a watch that had melted and fused with the aircraft's fuselage in the fiery crash of a British plane, he said.

"Knowing that these items were on people who died in these very sites was really moving. It really connected us to these warriors," Shaharom added.

Providing a dignified burial to the remains of the dead can be a challenge.

In central Negeri Sembilan state in 2006, Shaharom and his team found the August 1945 wreck of a Royal Air Force B24 Liberator bomber that research shows was carrying supplies for Force 136, a British Special Operations unit.

British officials initially rejected the discovery, relenting only after the wreck hunters went back and obtained engine serial numbers.

They declined, however, to fund or recover the human remains. Shaharom's group recovered them with private funding in 2009.

Sue Raftree, an official with a British defence ministry unit dealing with such issues, told AFP that British government policy is that it "does not actively search for remains and discourages unofficial excavations," viewing such sites as war graves.

However the crew's relatives insisted that the remains be given a proper burial and they are slated to be interred in a Malaysian military cemetery early next year.

Such delays can imperil wreck sites, says Shaharom, pointing to the crash of a Japanese fighter found by locals in northern Kedah state in 2001.

"They just removed the pilot, cut the aircraft into pieces and sold it as scrap. This is our worry."

by Romen Bose from AFP