In the garden of the cannabis smoking club in the town of Mogan on Spain's Canary Islands, lush green marijuana leaves with serrated edges bask in the sun before being harvested, dried and processed to be consumed on site.

Several members of the club located on the southwest coast of the island of Gran Canaria calmly roll a joint or smoke a water pipe while one man dissects fragrant dried marijuana flowers before storing them in a jar.
"I started to smoke when I was very young, 14 or 15 years old, to rebel against what is banned," said Andres Ibarra, the 40-year-old gardener and president of the club as he used a pair of scissors to trim a marijuana plant.
"Pretty quickly, I started to grow for my own consumption, because what I was being offered in the town square was always adulterated products, which were very expensive given the quality," said Andres, who sports a shaved head and two gold earrings and who calls himself a "recreational user" of marijuana. 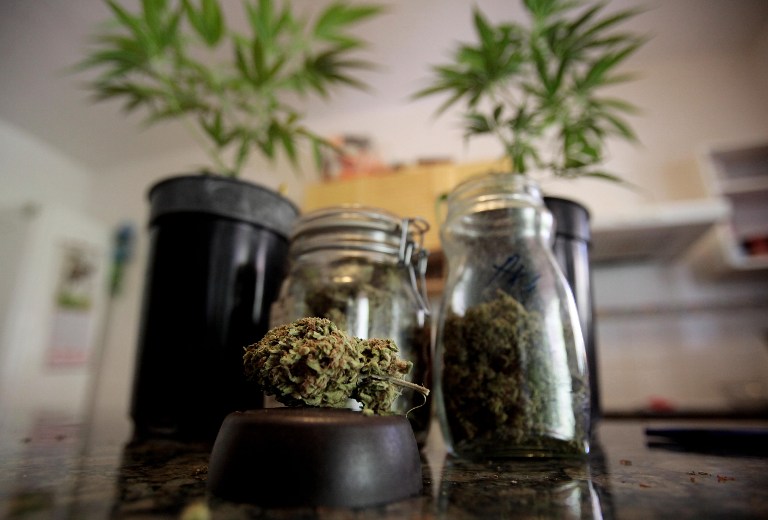 Spanish law prohibits the possession of soft drugs like cannabis in public and its growth to be sold for profit is illegal.

But the law does tolerate growing cannabis for personal use and its consumption in private.
Dozens of private marijuana smoking clubs operate across Spain that take advantage of this legal loophole that serve cannabis users who do not want to get their drugs from the streets.
The one in Mogan, called Sibaratas Med Can, opened its doors last year in a quiet tree-lined property located away from the village that is surrounded by a fence and is guarded by two German Shepherds to deter thieves.
"We are a non-profit organisation. We are very transparent and our accounts are very clear," said Ibarra.
"What I consume today has nothing to do with the joints of my youth. At Sibaritas Med Can we grow for our own consumption, respecting the environment and without using chemical fertilisers."
These clubs attract recreational cannabis users but also people who are suffering from diseases who use the drug therapeutically. 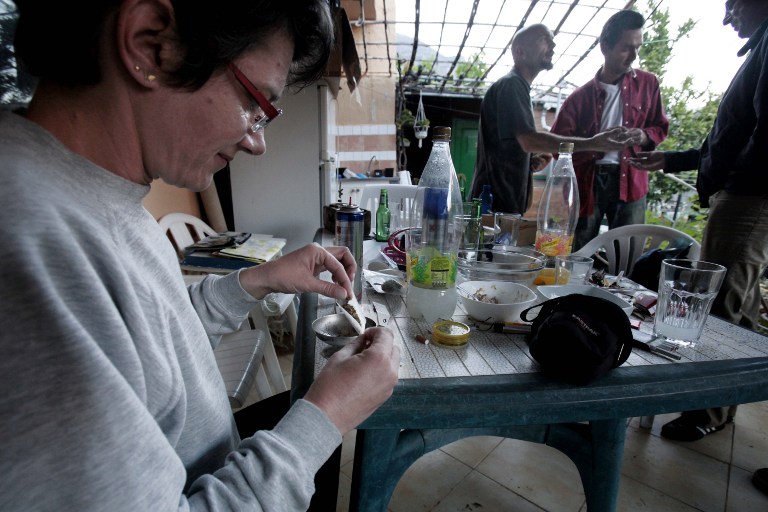 Swiss national member of the Sibaratas Med Can club. ©AFP

"I had an accident that left me with many problems that are very painful. I was advised to substitute the chemicals that I took for something natural," said Isaac Candelaria Martin, a 40-year-old cannabis user.

"With my medication, I was unable to lead a normal life. I did not leave my house, I did not have a social life, now I do."
Another member of the club, Juan Jose who suffers from fibromyalgia, a disorder that causes joint pain, said he turned to marijuana after suffering from side effects from the drugs he takes to treat his condition.
"I am a therapeutic consumer," the 47-year-old said.
"With marijuana I can move, I have recovered my appetite, my ability to sleep and even good mood to face my day."
Marijuana plants grow in the open air in a 20 square metre (215 square foot) garden in the centre of the cannabis smoking club's grounds. 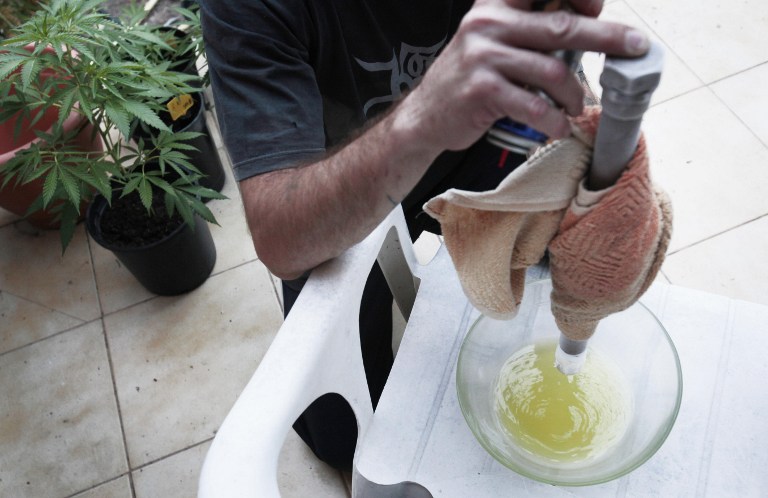 The garden can accomodate about 200 marijuana plants. Each member of the club is asked about how much cannabis they consume to set the amount that is produced and to justify the size of the crop in case of a police inspection.

"The law is not clear," said Ibarra, who recalled how last year police flattened the club's crops.
Eliane Detraz, a 42-year-old Swiss national who has used marijuana since she was 16, said she joined the club because she did not want to "fatten local mafias who often sell adulterated products".
"I do not consider myself a delinquent because I smoke marijuana. I am a very responsible person, I have a stable job. Marijuana is for me like the little glass of wine that most people take in a bar without being alcoholics."
by Desiree Martin from AFP