High hopes for Japan's wine in the old world

High hopes for Japan's wine in the old world

A thousand years ago, a vine that had travelled from the Caspian Sea coast along Asia's Silk Road arrived in Japan, where its fruit was heralded as having unique medicinal purposes. Now the "Koshu grape" fills terraces on the foothills of Mount Fuji, where those in the know say it makes a pretty decent and uniquely Japanese white wine that industry leaders say they intend to export to the West. "The Koshu grape is well suited to the climate," said winemaker Naoki Watanabe. "Its skin is thicker than other varieties to better withstand the heavy rainfall we get here." Around 95 percent of the 480 hectares (1,200 acres) of Koshu vineyards lie in Yamanashi prefecture in towns like Kai, a picturesque place that -- on a clear day -- enjoys views of the snow-capped Mount Fuji. 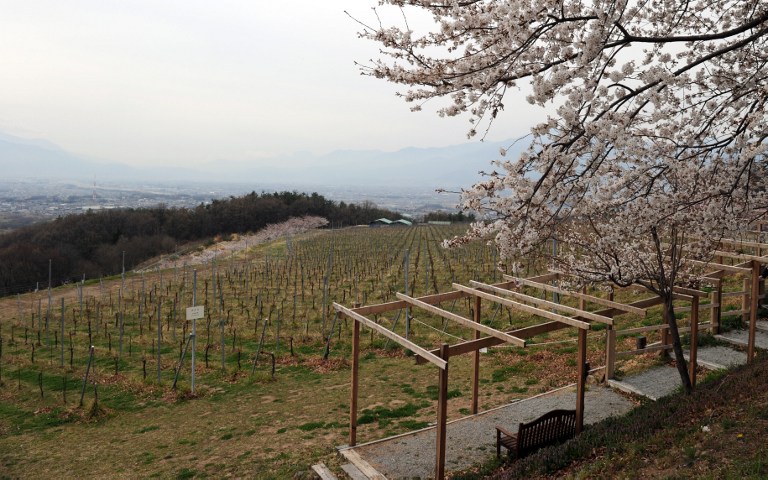 The chardonnay vineyard of Santory's Tomi-no-oka winery. ©AFP Koshu has evolved to thrive in the volcanic soil of this region, where heavy rainfall is balanced out by plentiful sunshine -- around 2,250 hours a year. France's Bordeaux region gets just over 2,000. Growers also benefit from the wide gap between daytime high temperatures and night-time lows, a difference that concentrates the naturally-occurring sugars in the fruit. The grapes are picked in October or early November -- relatively late by European standards -- before being pressed into a fruity white wine, which connoisseurs say complements local foods. "In the mouth it is fresh at first... with a nice balance between acidity and natural sugar. To finish it has a little astringency that makes it special," said Watanabe, adding it "goes well with Japanese dishes like sashimi or grilled fish, as well as with sauces like soy or miso." 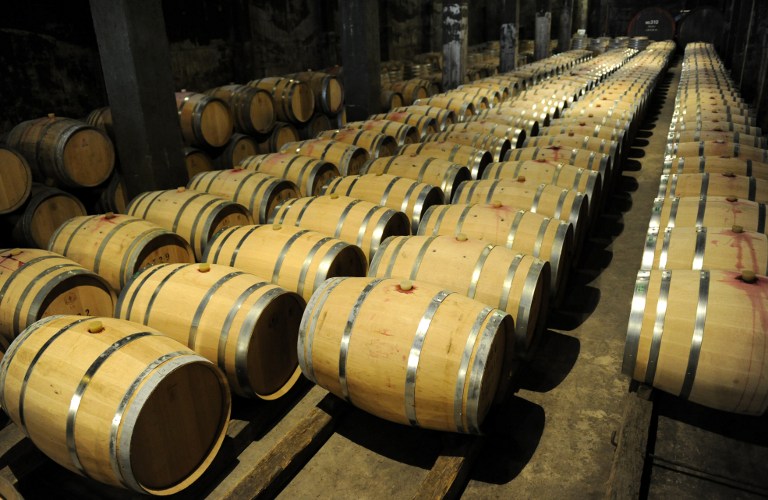 Barrels of wine. ©AFP Sake, a kind of rice wine, or shochu -- a spirit distilled from sweet potatoes or rice, amongst other things -- are the indigenous drinks, and beer has gained a considerable foothold. Japan's wine market is still relatively small. On average, Japanese adults drink just 2.5 litres (around three bottles) of wine a year, of which about one-third is grown domestically, compared with the 50 litres the French drink. It's also relatively young; despite the Koshu grape's long history in Japan, it was not pressed into use for wine until after the Meiji restoration in 1868, when the curtain fell on the feudal samurai era, marking the end of more than two centuries in which the country was closed to the outside world. "The Japanese began to produce wine after their first large-scale contacts with Europe," said Ko Sakurai, chief executive of Suntory Wine International, one of the top five wine companies in the country. 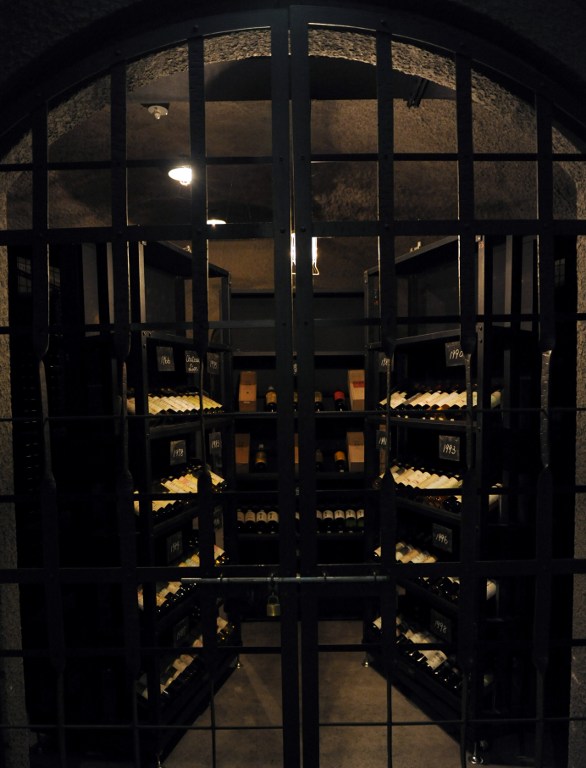 A cellar at Santory's Tomi-no-oka winery. ©AFP Koshu is starting to attract interest from wine's global cognoscenti, who say it marks a departure for a relatively under developed industry. "This is a very interesting variety that the region can use to make itself better known as a wine producing area." said Benjamin Roffet, who was named French Sommelier of the Year in 2010 and who attended the world sommelier championships in Tokyo in March. The wine "is semi-aromatic, with an expressive nose... the flavours are very nice and it has a medium acidity." It goes well with slightly spicy food, but can also stand on its own. "It is very pleasant to drink," he said of the wine that is described elsewhere as not dissimilar to Muscat d'Alsace with its fresh and fruity tones. As well as Koshu, Japanese vineyards also grow Muscat Bailey A, from which they produce red wine. Varieties of French origin are also cultivated, such as Chardonnay, Merlot and Sauvignon. Sakurai says Japanese wine is now of sufficient quality to export and could even compete with some old world wines. "We are hoping to sell some of the higher-end wines in Europe, and build up a prestige brand," he told AFP.

by Ptarice Novotny from AFP