Somalia's hardline rebels may have spared a handful of NGOs from their ban on foreign relief workers, but even they are finding it an uphill struggle to deliver aid to drought-hit Somalis.

From 2009, the Al Qaeda-inspired militants expelled several United Nations agencies and other relief groups, accusing them of being Western spies and Christian crusaders. Those allowed to stay had to submit to draconian restrictions on their work.

"We manage to operate although it is sometimes frustrating," said Yves Van Loo, the International Committee for the Red Cross (ICRC) spokesman in Nairobi.

The agency, which has maintained a presence in Somalia since war erupted in 1991, managed to distribute some 400 tonnes of food at the weekend to the drought-stricken population of Gedo, a southern Somalia region ruled by the Shebab.

The ICRC, Doctors Without Borders (MSF), Action Against Hunger (ACF), Solidarites, the Danish and Norwegian Refugee Councils and Italy's COOPI agency are among a score of aid groups that escaped the ban.

But they are forced to work under constant pressure from the hardline Shehab, while directing operations from the Kenyan capital, so aid flow remains limited.

The few foreign aid groups in Somalia often have permanent offices and work with local staff, but key operations such as programme management, contracting, recruitment and financing are handled from Nairobi.

"The expatriates direct the projects from Nairobi on a remote-control basis," said Emmanuel Rinck, the director of NGO Safety Programme (NSP) which advises relief groups about Somalia operations.

Jens Oppermann, the ACF country director, explained that working with local staff was the touchstone of operations in countries like Somalia, which has been plagued by a bloody 20-year-old conflict.

"We see this actually as a very positive thing because our staff come from the community and work in the community and therefore have a 100 percent understanding of the actual activities and needs and what potential problems can occur," he added. 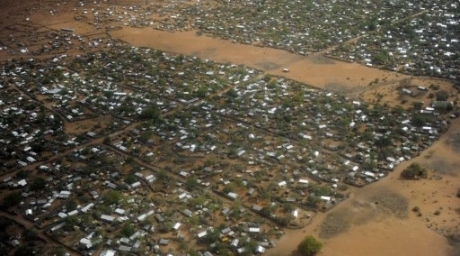 A general view of the Dadaab Refugee camp in eastern Kenya. ©AFP

Working remotely, however, poses the risk of embezzlement of funds and the Shebab turning aid into a tool to manipulate the local people.

But Rinck said that the aid groups had developed mechanisms to monitor and verify with local communities whether aid reaches them.

"We have the means to ensure some control of the operations," the ICRC spokesman said. 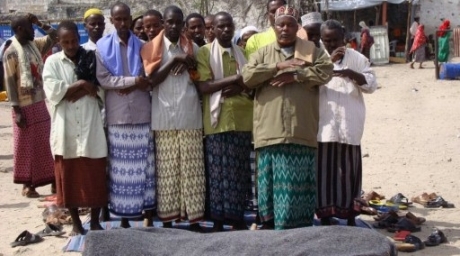 Internally displaced Somali men perform prayers over the dead body of a man who died of starvation. ©AFP

With much of southern and central Somalia under their rule, the Shebab are an unavoidable entity for the NGOs, which have to negotiate daily with the local rebel commanders and their administrations.

Some of the delicate negotiations also involve clan leaders, whose influence the aid groups use to get assistance through to those affected. 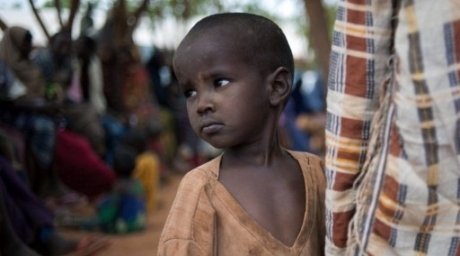 Other relief groups work with moderate Shebab leaders at the national level or with the insurgents' Foreign Agencies Monitoring Office in the capital Mogadishu.

"All this goes on under the constant pressure by the Shebab for whom any foreign group is suspect," said Rinck. 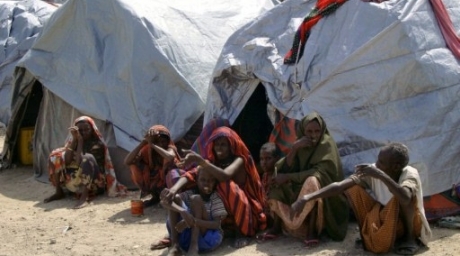 Somalis wait to receive food-aid rations at an IDP camp in Mogadishu. ©AFP

"The system works, but differs a lot from one region to another, and the amount of aid distributed remains limited," he added.

Last week, the Shebab spokesman Sheikh Ali Mohamud Rage said that previously banned foreign aid groups were still not allowed, while those operating in their regions could carry on.

The deal could provide a window of opportunity for the international community to ease Somalia's humanitarian crisis provided the groups present on the ground have the means to handle massive aid operations, according to NSP.

Somalia is the worst affected country by a severe drought in the Horn of Africa, with two regions in the south of the country declared by the United Nations as suffering famine.