In a globalised art market, what better place for a gallery than an airport? Thus reasoned US art mogul Larry Gagosian, who this week opens a cavernous new art space right inside Paris's main private air hub. Designed by star French architect Jean Nouvel in a 1950s warehouse in Le Bourget north of Paris, Gagosian's new gallery, his 12th worldwide and second in Paris, opens Friday to coincide with the capital's FIAC contemporary art fair. The German artist Anselm Kiefer -- who confesses a fascination for airplanes -- created a purpose-made installation for the white, hangar-like space: a sculpture of a golden wheat field inside a giant steel cage. 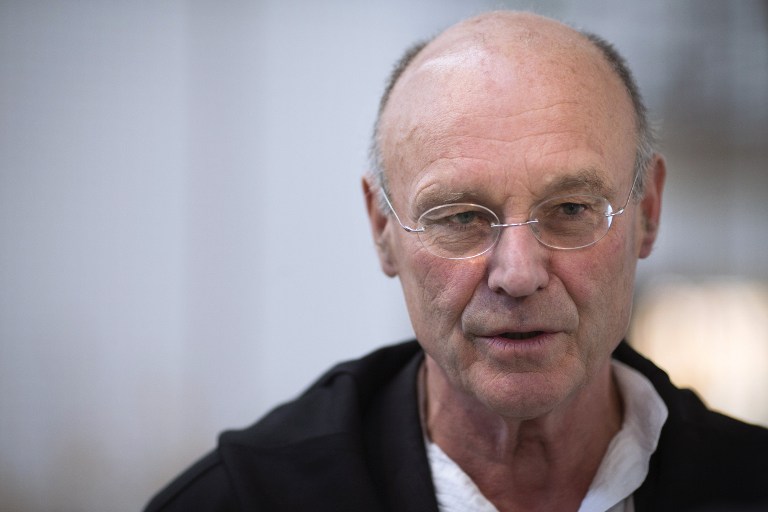 "It's going to be a place for travellers," Jean-Olivier Despres, co-director of Gagosian's Paris galleries, told AFP at a press preview Monday. "It's a new proposition, a new way of viewing art." Gagosian is the second international gallery to move into the Paris suburbs this week, after the Austrian Thaddaeus Ropac unveiled a giant new space in nearby Pantin -- also, by quirky coincidence, with an inaugural show by Kiefer. The US art mogul's main stated aim is to showcase monumental works too big to house in an inner city Paris or London location, with 1,650 square metres (17,750 square feet) of floor space, and volumes up to 15 metres high. 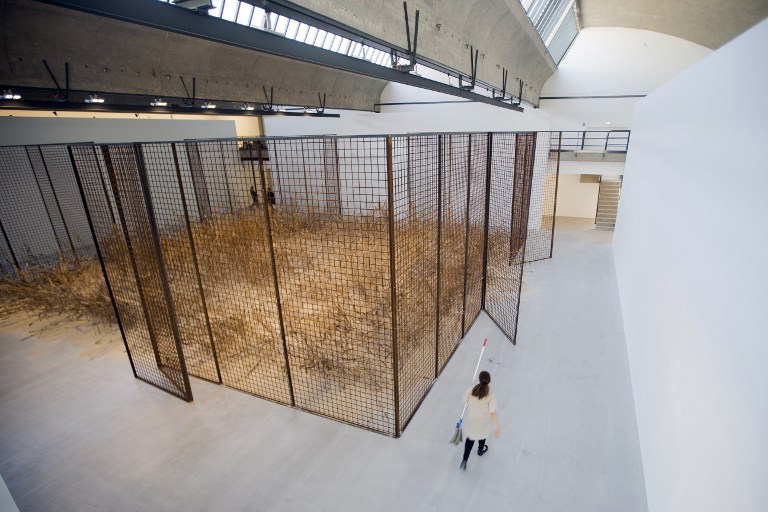 But it breaks new ground in other ways, as the first major gallery to be set up inside an airport's grounds. Is Gagosian gunning for corporate clients, jetting in on the 30,000 flights that land annually in Le Bourget, Europe's top private aviation hub? "Yes and no," said Despres. "We are hoping to attract clients among people travelling to Paris. And we do have clients who come from the business world, but not all of them do." While Le Bourget's landing strip is "right on our doorstep," he points out Paris's main international airport at Roissy is just 10 minutes away, carrying a much wider cross-section of potential buyers to and from the city. "It's not a duty free zone" Larry Gagosian joked in an interview last week with the Wall Street Journal. 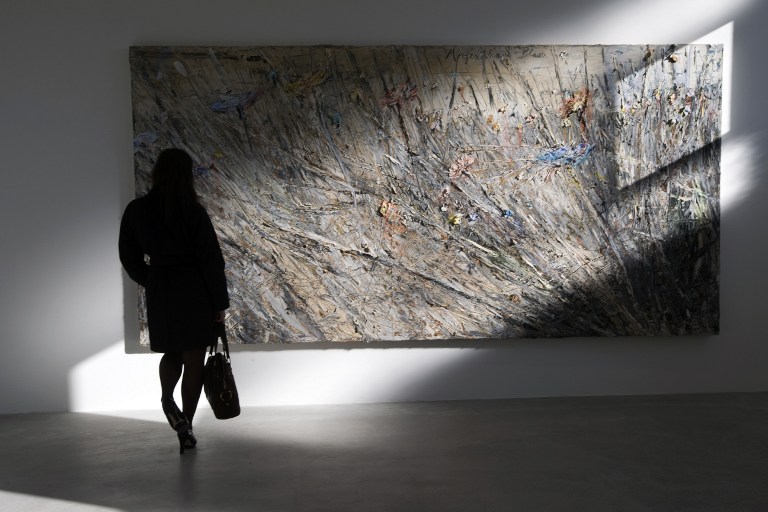 A painting of the serie "Morgenthau Plan" by German artist Anselm Kieferands. ©AFP

-- "It's a place of transition" -- Nouvel's renovation was carried out at a breakneck pace over the summer, to be ready in time for the FIAC fair. "It's clearly a smart idea," the Pritzker-prize winning architect told AFP of the gallery's move. "If you look at all the foreign visitors to the FIAC, there's no doubt a lot of them will pass through here." "We found this place that was raw, 150 metres from a landing strip, and we worked to develop its character," he said, sanding back ceiling vaults to bare concrete, and emphasising its cathedral windows. But the space, he said, is designed essentially as a shell for each artist to take over. "Anselm Kiefer didn't change the walls, he created a structure in the centre of the space, but he could have painted the walls pink, or covered them in stars -- it's a place where anything goes." Known for his taste for the monumental -- including a series of large-scale lead sculpture airplanes created in the 1980s and early 1990s -- Kiefer was a natural choice for the gallery. The 67-year-old artist, whose own studio in the Paris region lies beneath a flight path, sees a form of poetry in airports. "It's a fascination, yes. People come, people go. It's a place of transition. "When I arrived in Paris I wanted to buy a hangar in Le Bourget. But I'm an artist, it was too expensive!" he quipped to AFP. Kiefer named his inaugural work for the gallery "Morgenthau Plan", after an abortive US scheme hatched during World War II that aimed to turn Germany into an agrarian society. 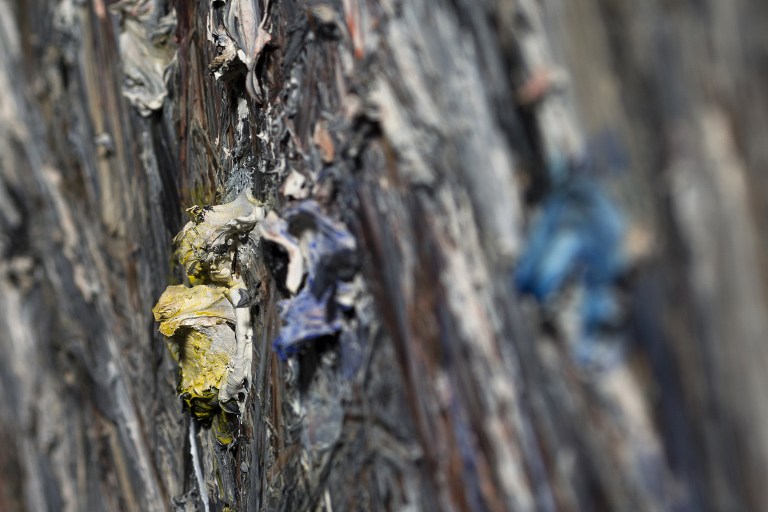 A detail of a painting of the serie "Morgenthau Plan" by German artist Anselm Kiefer. ©AFP

"I wanted to show the danger of transforming a nation brutally into another state," he explained. Why this particular theme? "Well it was for an American gallery, and the Morgenthau plan was American," he offered. "I like the Morgenthau plan because it didn't happen. I like all these ideas that don't happen." The Bourget gallery is to host three to four exhibits per year, with a focus on monumental works. Despres expects the market for giant-scale works to grow in coming years, fed by demand from new museums in emerging markets, notably China, and philanthropic buyers who donate art to them. As a cherry on the cake, Le Bourget also has a symbolic resonance for an American gallery, Despres said, as the place Charles Lindbergh landed after completing his first solitary trans-Atlantic flight in 1927.

by Emma Charlton from AFP