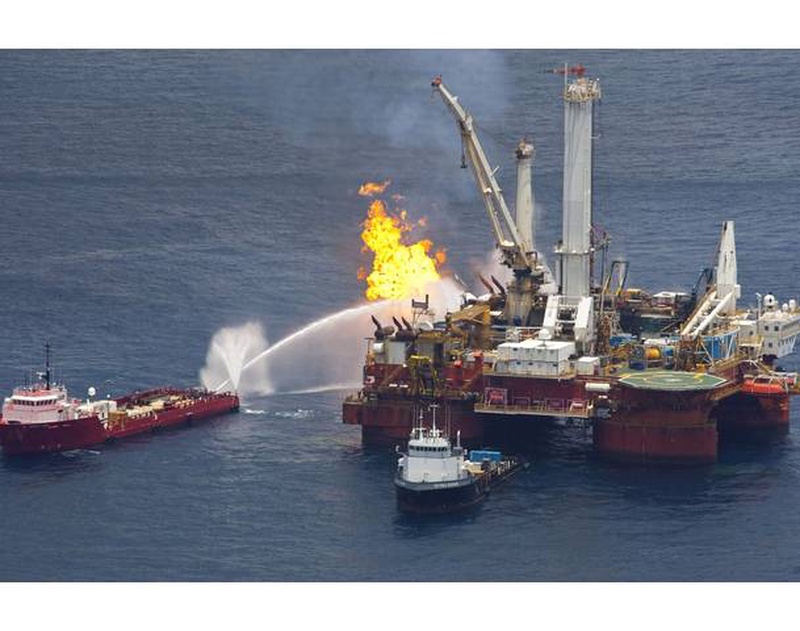 The worst maritime oil spill in history began nearly a year ago with a drop in pressure in a poorly drilled well deep in the Gulf of Mexico. It hasn't really ended even though BP's runaway well was eventually capped 87 days later.

As crews in Japan struggle to contain a nuclear meltdown at a poorly maintained plant in Fukushima, the April 20 anniversary of the BP spill is a stark reminder of the high costs of our energy needs and the far-reaching consequences of cutting corners on safety.

The massive explosion killed 11 workers and sank the Deepwater Horizon drilling rig, unleashing a leak that spewed 206 million gallons of oil before it was finally contained.

Hundreds of miles of fragile coastal wetlands and beaches were contaminated, a third the Gulf's rich US waters were closed to fishing, and the economic costs have reached into the tens of billions.

Months of uncertainty caused deep emotional trauma for the fishermen and coastal residents who feared their way of life was being destroyed. More than 130,000 of them are still trying to push their compensation claims through a clogged system.

"It's not the money, it's your life's work. It's what I love, it's what I did my whole life and they just came along and blindsided me."

Favorable winds and currents, the location of the well -- some 50 miles (80 kilometers) off the coast of Louisiana -- and about two million gallons of chemical dispersants kept the bulk of the oil from reaching shore.

That protected fragile coastal wetlands, white sandy beaches and millions of nesting birds from the intense damage seen in Alaska after the Exxon Valdez ran aground and 11 million gallons of oil spilled from its cracked hull in 1989.

Yet the damage is certainly not negligible, nor is it over: crews are still actively cleaning 235 miles (380 kilometers) of coastline and plan to return to around 300 more miles (480 kilometers) once tourism and nesting season is over.

It's also not clear what impact the oily chemical soup which spread through hundreds of miles of Gulf waters will have on its fish, shrimp, dolphins and other marine creatures.

"The outstanding question is did we save something in the short-term to extend a problem in the long-term," said Larry McKinney, director of the Harte Research Institute for Gulf of Mexico Studies at Texas A&M University-Corpus Christi.

"We just don't have enough information to say one way or another."

"This disaster was almost the inevitable result of years of industry and government complacency and lack of attention to safety," a presidential commission tasked with investigating the spill concluded.

"As drilling pushes into ever deeper and riskier waters where more of America's oil lies, only systemic reforms of both government and industry will prevent a similar, future disaster," co-chair William Reilly said when the commission released its recommendations in January.

President Barack Obama imposed a moratorium on deepwater drilling five weeks into the spill as BP's efforts to contain the leak 5,000 feet (1.5 kilometers) below the surface failed, flow estimates rose sharply and the political fallout intensified.

The Interior Department restructured its operations -- finally separating safety and environmental enforcement from permitting and revenue generating functions -- but still lacks the expertise and the funding to properly oversee the increasingly complex offshore industry.

The moratorium was lifted in October after new safety regulations were established and the first deepwater drilling permit was issued on February 28. Activity is just now picking up, with the tenth permit issued on Friday.

By Mira Oberman from AFP

The worst maritime oil spill in history began nearly a year ago with a drop in pressure in a poorly drilled well deep in the Gulf of Mexico. It hasn't really ended even though BP's runaway well was eventually capped 87 days later.

Here is a summary of events since disaster struck in April 2010:

-- 20: The BP-leased Deepwater Horizon oil rig explodes in the Gulf of Mexico some 50 miles (80 kilometers) off the coast of Louisiana, killing 11 workers

-- 30: BP chief executive Tony Hayward sparks outrage after he says "I would like my life back."

-- 1: US launches a civil and criminal investigation into the spill

-- 16: BP announces a $20 billion fund to compensate people affected by the disaster

-- 12: A giant cap is placed successfully over the leak

-- 15: BP says oil has stopped flowing into the Gulf

-- 27: BP announces plans to sell $30 billion in assets to cover the cost of the spill

-- 2: Revised figures show that a total of 4.9 million gallons of crude gushed from the ruptured well, making it the world's biggest ever maritime spill

-- 5: A "static kill" operation succeeds in plugging the well with heavy drilling mud and cement

-- 3: BP recovers the blowout preventer valve, blamed for failing to stop the spill as it is designed to do, from the depths of the Gulf of Mexico

-- 19: US officials declare the well "dead" after the "bottom kill" succeeds in permanently sealing off the reservoir

-- 11: A presidential commission tasked with investigating the spill releases its report proposing comprehensive reforms and finds that the disaster was "foreseeable and preventable"

-- 1: BP posts a $4.9 billion loss for 2010 and warns that the $40.9 billion charge related to the spill does not include many potential legal liabilities

-- 28: The US government awards its first permit for deepwater drilling in the Gulf of Mexico to US firm Noble Energy