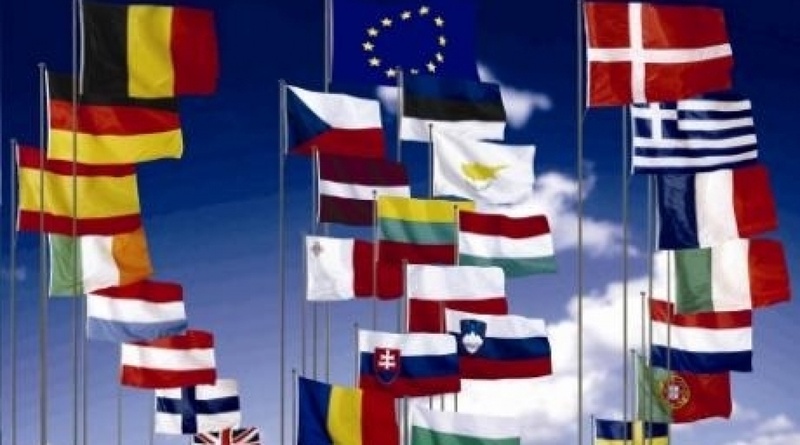 The eurozone debt crisis, the worst economic disaster in Europe's history, threatens to drive a rift between non-euro and euro nations, with Britain warning that outsiders could find themselves sidelined.

As the 17 countries that have adopted the euro forge closer economic links as a response to the crippling crisis, Prime Minister David Cameron cautioned that crucial European decisions might be taken without all 27 EU members. 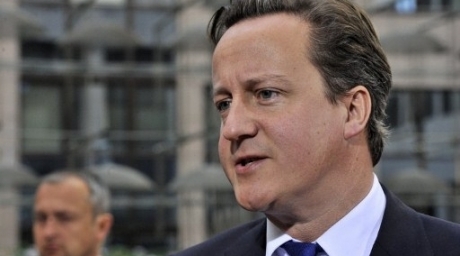 "There is a danger ... that as this eurozone coming together happens, there is a risk that those countries outside the euro ... might see the eurozone members starting to take decisions that affect the single market," said Cameron.

Amid growing fears of a two-speed Europe emerging from the wreckage of the crisis, Cameron told reporters after an EU summit he had fought for leaders to guarantee the rights of non-euro countries in their final statement.

This communique insists on "a level playing field among all member states including those not participating in the euro."

Any further eurozone coordination must take place in "full respect of the integrity of the European Union as a whole and its operation at 27," added the statement, as some warned there was no alternative to closer euro ties.

"There are only two options," said Finland's Europe Minister Alexander Stubb. "One: further integration. Or two: split up."

Diplomats said a row over the language in the statement delayed the end of the EU summit, as well as a spat over whether to hold a final "decision making" eurozone gathering on Wednesday before or after a further summit of all 27.

And while there is growing irritation at the way the eurozone is being run by a Franco-German diktat, non-euro countries are tiring of having a fait accompli presented to them by those in the club.

"Eurozone countries can't just go into their corner and make decisions when these decisions affect the whole union," said a European diplomat, who did not wish to be named.

The president of the European Commission, Jose Manuel Barroso, also expressed his concerns the crisis was driving a wedge between European powers. 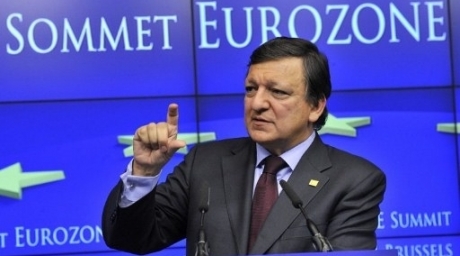 "There should not be any separation between the eurozone and the rest of the European Union," Barroso said.

And even countries that have already joined the euro appeared to be concerned that those outside risked becoming second-class European citizens.

The Netherlands and Finland signed a joint letter to stress that "all member states need to be included in decisions" that affect the European economy, in a declaration also signed by Sweden.

The situation is unlikely to be made easier by a German-led proposal to change Europe's treaties to allow the 17 euro countries to speed ahead.

Indeed, Cameron, who is facing growing pressure to hold a popular vote on Britain's membership of the EU, vowed to use any treaty change bid to push for more power to be moved back to London.

"The key thing is this: if there is a treaty change proposal that comes forward, that gives Britain as a non-euro country the opportunity to say, 'well, in response to this treaty change, what's in the British national interest'?"

The split is also likely to be reinforced by a decision made Sunday to give Herman Van Rompuy, currently president of all 27 member states, a separate role as formal leader of the eurozone. 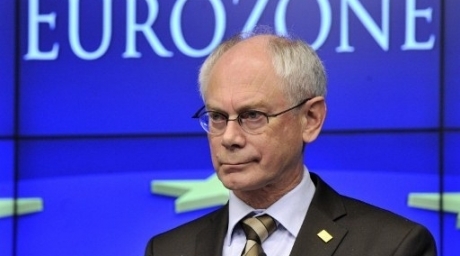 But does Cameron feel frustrated about decisions being made during eurozone meetings when he is not in the room, asked journalists.

"Well, no, I don't find it frustrating because I'm not in the euro and I don't want Britain to join the euro and if we were in the euro, we would have been more involved in previous things like the Greek bailout," he said.

He said his view on London's membership of the single currency had been formed when he was a junior official in the finance ministry during Britain's disastrous exit from the Exchange Rate Mechanism (ERM), a precursor to the euro.

"I was in the Treasury when we were in the Exchange Rate Mechanism and I swore then 'never again' and the euro is like the ERM but without an exit."