Could Euro contagion doom Obama in 2012?

Could Euro contagion doom Obama in 2012?

President Barack Obama can do little but watch and wait, hoping a European debt crisis does not leap the Atlantic and doom the fragile US recovery on which his reelection hopes depend.

Presidents seeking a second term are often at the mercy of economic conditions, and Obama can only hope an already tough political climate is not rendered even more problematic by knock-on effects of a Europe-wide malaise.

The United States has trillions of dollars in trade, investment and assets tied to Europe, so its economy and financial system are highly vulnerable to shocks emanating from the continent.

Amid the gathering storm, the White House is beseeching European leaders for immediate action on a eurozone firewall to keep the crisis contained in the continent's weakest economies.

Obama has frequently consulted key European leaders like German Chancellor Angela Merkel, the Federal Reserve has worked to shore up credit and US banks have divested European holdings. 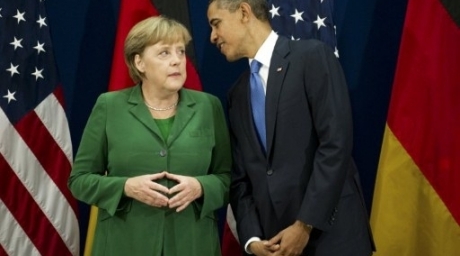 But the US leader has little choice but to sit and watch a crisis unfold which could directly affect his political fate at a time polls show American voters fixated on their economic plight.

"It is going to affect you, but there is not a lot you can do about it."

Obama held a summit with European Union leaders November 28 and requested an urgent display of political will to prevent a run of defaults from Greece to Portugal and Ireland to Spain, that could send the global economy reeling. 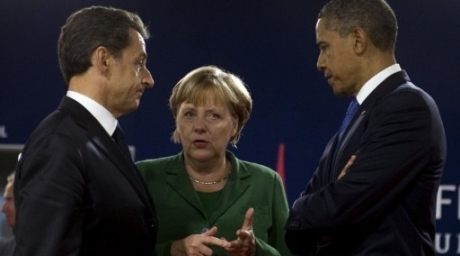 But Adam Lerrick, an economics professor at Carnegie Mellon University, said US hands were tied.

"They know that the more they say in public (about) what they want Europeans to do, the less likely it is the Europeans do it," he said.

While it is difficult to assess the impact of a euro meltdown on US growth, many analysts see the turmoil as possible trigger for a new US recession or a market crash which could further feed the public's gloomy mood.

Senior US officials will not go that far on the record, but are clearly worried a slowdown could hurt Obama politically.

"A number of economists have pointed out that the problems in the eurozone are a potential threat to the US economy ... about 20 percent of our exports go to Europe," said Alan Krueger, chairman of the Council of Economic Advisors. 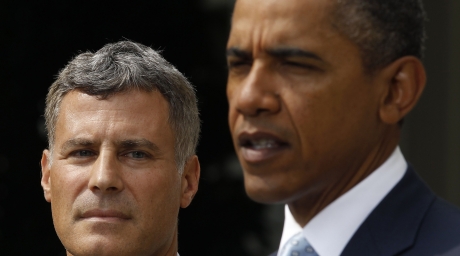 Obama aides are more candid in private, as his Republican foes savage his management of the economy amid 9.0 percent unemployment.

"In a scenario where things in Europe don't stabilize, then our economy is going to take a tough shot to the main engine," a senior official said.

The official predicted the issue could "explode" in public consciousness if Europe's woes reach American shores.

A US downturn caused by Europe could be politically disastrous for Obama and deprive him of the electoral argument that though the recovery is slow, he has led the way out of the worst recession in decades. 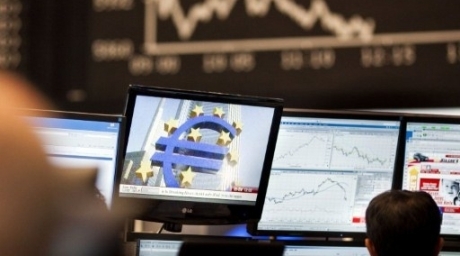 A trader sitting in front of screens showing the German DAX index in Frankfurt am Main at the German Stock Exchange. ©AFP

Obama already faces a tough environment heading into his reelection year, due to high unemployment, a moribund housing market and gloom over the economy.

Since World War II, no president has won reelection with a Gallup poll approval rating of less than 48 percent. Despite a slight uptick in recent weeks, Obama's Gallup daily tracking mark stands at 43 percent.

No president since 1936 has won reelection with unemployment over 7.2 percent on election day and no one expects jobless rolls to fall that far in the next year.

Heather Conley of the Center of Strategic and International Studies said ripples from Europe's misery will soon be felt through a tightening of credit in the US financial system.

Frustration is growing among US domestic political advisors that as 2012 looms, Europe had not been more decisive in solving a crisis threatening American prosperity, Conley said.

"But there is nothing we can do about it," she said.

According to the Brookings Institution, US banks have a $2.7 trillion exposure to the euro area and a further $2 trillion is tied to Britain, which would be affected by a wider European systemic crisis. 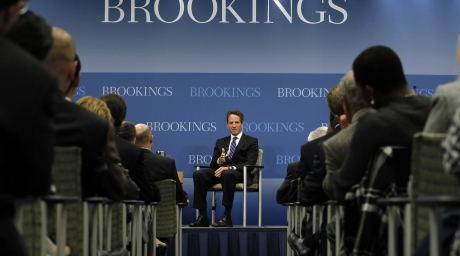 "Prudence suggests the fragile state of the US economy would not easily withstand turbulence coming across the Atlantic," the San Francisco Federal Reserve Board warned this month.

"A European sovereign debt default may well sink the United States back into recession."

By Stephen Collinson from AFP