Under the menacing eye of guards, the cinema-goers sit in silence as their 1950s bus rumbles through London. Suddenly, a prison looms out of the darkness. Welcome to Secret Cinema, where the film is not just on the screen -- viewers can wander up to the characters, brought to life by actors in a setting that seems to have been plucked straight out of the movie. Guests arrive armed with nothing more than a string of cryptic emails detailing where to go and how to dress. They don't even know what film they are going to see, despite having paid £43.50 ($70, 53 euros) each for a ticket. 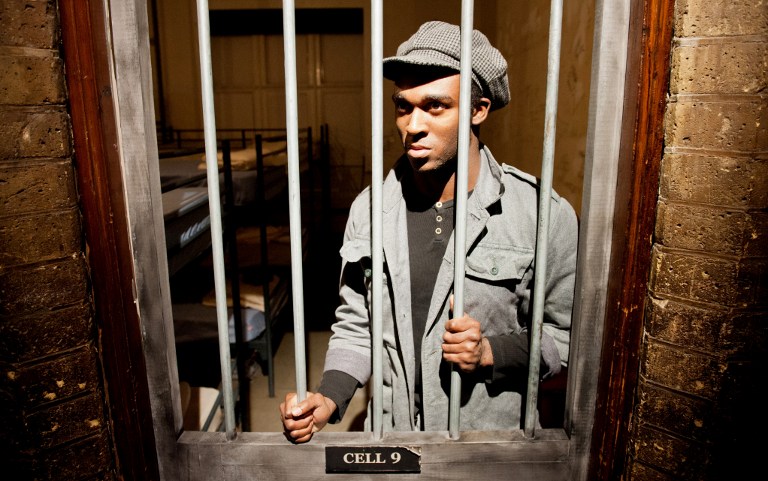 "You tell people nothing. They have no idea of what they're going to see, what they're going to experience," said Fabien Riggall, who founded Secret Cinema in 2007. "And once they get there, they become more open and more adventurous." This innovative approach to cinema -- which spreads to New York and Athens in April -- has seen organisers transform a warehouse into the futuristic dystopia of "Blade Runner", a park into "Lawrence of Arabia" and dank tunnels into "The Battle of Algiers". Movie-goers have found themselves conducting mock scientific experiments before a screening of "Prometheus" in a warehouse-turned-spaceship, and operating a pretend penicillin racket before sitting down to watch "The Third Man". 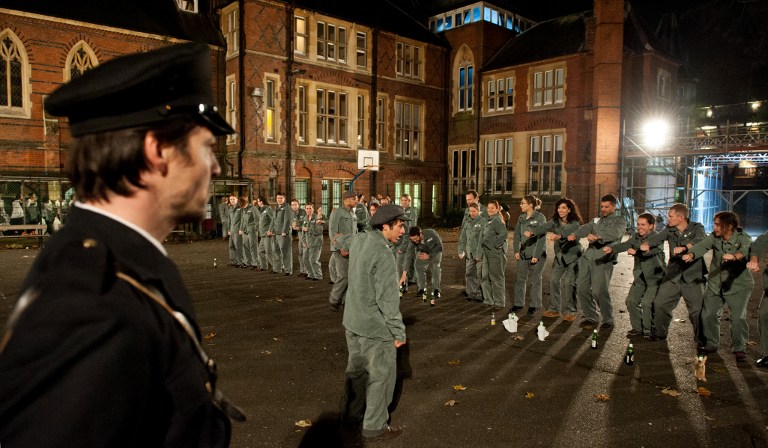 British cinemagoers experience a Secret Cinema. ©AFP The latest instalment of the adventure offered the crowds a taste of the harsh prison life suffered by Morgan Freeman and Tim Robbins in the 1994 classic "The Shawshank Redemption". Told to arrive at an east London library wearing 1950s clothing, they were led into a mock courtroom and sentenced -- to much giggling -- for crimes ranging from kidnapping to bigamy. The new convicts were then shuttled by vintage bus to an abandoned school, transformed by the Secret Cinema team into a grim US prison. Hustled inside by uniformed "prison guards", they were forced to strip off their 1950s attire -- much to the dismay of those who had ignored instructions to wear long underwear. Prisoners swapped their trilby hats and trench coats for grey uniforms and spent the three hours before the screening exploring their jail, periodically harassed by the guards as they munched on burgers bought from the "infirmary". 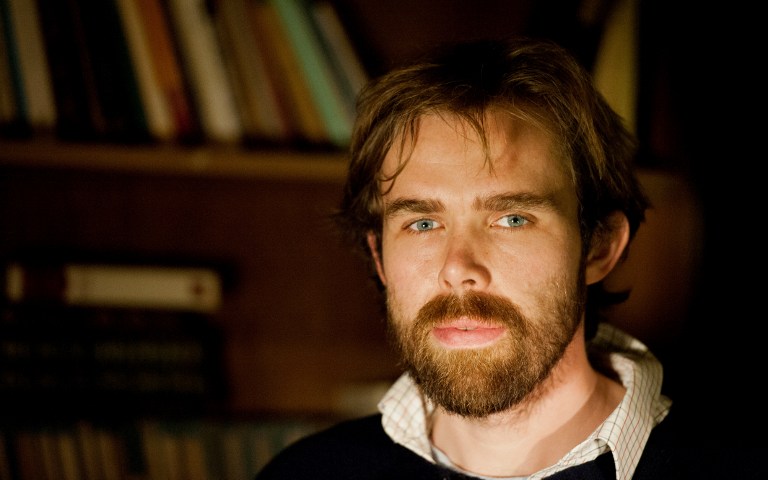 Fabien Riggall the Creative Director and Founder of the "Secret Cinema". ©AFP

-- "Blur performance and audience" -- "If you play along, it's amazing," said Andy, a six-time Secret Cinema-goer who has previously come dressed as a Bedouin for "Lawrence of Arabia" and a psychiatric patient for "One Flew Over The Cuckoo's Nest".

"Every time, it gets bigger and better."
Scenes from the film spill off the screen and into reality. For "The Shawshank Redemption", actors -- some of them indistinguishable from the crowds in their prisoner uniforms -- recreated a brutal rape, scuffles, and an execution. From a modest first audience of 400 people in 2007, Secret Cinema has become a massive operation, hosting 13,500 excitable prisoners during a month-long run of "The Shawshank Redemption" that ended in December. The latest show saw the launch of a "Secret Hotel" offering overnight stays in the prison, sleeping in bunks in the cells for an extra £30 per person.

"Every production, we try to create something that goes a little bit beyond what we did before in terms of how the audience become part of that world and how you allow the blur between the performance and the audience," said Riggall. 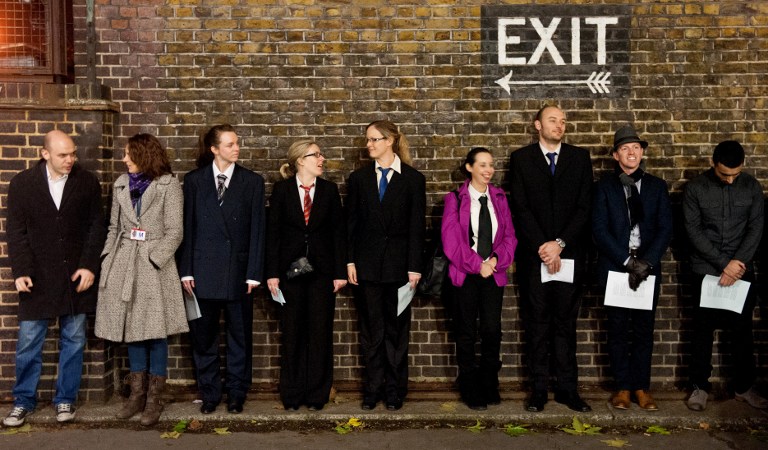 He added that many fans see this immersive form of cinema as an antidote to the more mundane experience of simply sitting in front of a screen. "People are looking for adventure. They want to take a step away from everything they already know, and I think that the hotel is another step," the 37-year-old told AFP. "We had actors sleeping next to the audience -- you might wake up and there'd be a prisoner singing a 50-year-old song next to you. The whole building is a stage." Tickets have already sold out for London's 20th Secret Cinema event next April, which for the first time will run simultaneously with shows at secret locations in Athens and New York. Jos, a young Dutchman living in London, said film fans in other cities would welcome the project with open arms. "You get sucked in," he said, as prisoners loitered in a basketball court behind him. "At the start it's funny and then 10 minutes later you're really into it." "It really makes you think about what it would be like to be in prison -- and it's probably not for me," he laughed. By Maureen Cofflard from AFP