It takes a certain kind of dedication to be a pupil at the Jahalin primary school, where children often walk for hours across tough desert terrain just to get there. Others come by donkey to this small but thriving Bedouin school tucked away in an inhospitable corner of the Judaean desert, just outside Jerusalem. With no road access to the school, located in a sector of the West Bank known as Area C that is under full Israeli military and civilian control, it is very difficult for cars to reach it, meaning everyone, teachers and students alike, must get there on foot. But for the Bedouin children studying in the impoverished community of Wadi Abu Hindi, it is worth the effort. "I wake up at 4:30 am and leave my house half an hour later so I can get to school at 7:30 or 8:00," says 11-year-old Intisar Abdallah Kushan, who lives in a remote community 10 kilometres (six miles) away. 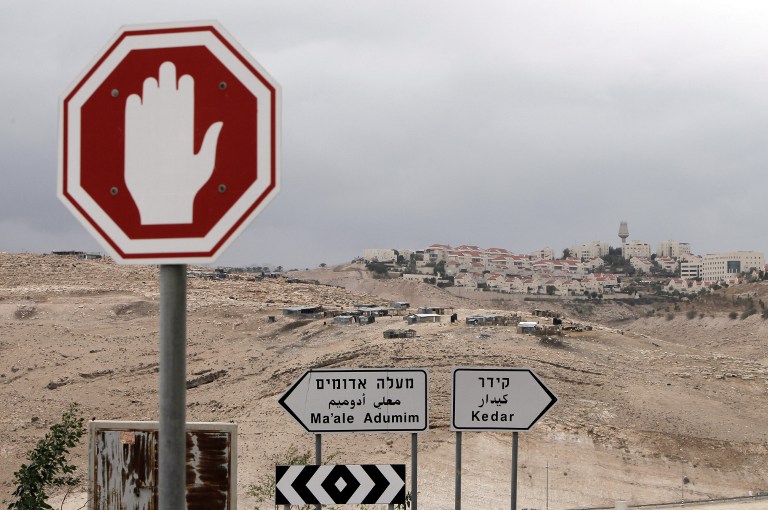 A Bedouin camp is seen near the Israeli settlement of Maale Adumim. ©AFP "I want to study because I want to become a teacher," she explains. Getting to school takes a major effort, she says. "We walk for more than three hours and sometimes we arrive after the first period and sometimes even after the second." And in winter, the going gets much tougher. "Sometimes we are soaked by the rain and covered in mud," she said. "Sometimes we have to skip school because it's just too difficult to scramble over the mountains to get there." As the sun begins to rise, the steep hills around Wadi Abu Hindi come alive with small children carrying outsized rucksacks scrambling down the rock-strewn slopes to get to school before the bell rings. 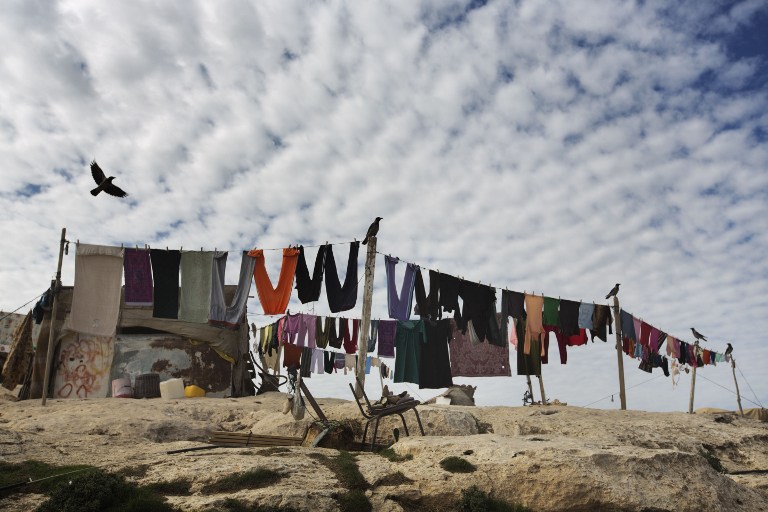 A Bedouin camp is seen in the E1 area, between Jerusalem and the Israeli West Bank. ©AFP At the bottom is a neat cluster of bamboo-clad buildings surrounded by a chickenwire fence whose tidy appearance stands in stark contrast to the haphazard appearance of the surrounding encampment. Around the back is a special pen -- a car park of sorts where those who arrive by donkey can 'park' their ride. -- Fears of demolition -- Originally constructed out of metal sheeting, which was unbearably hot during the summer and freezing in the winter, the school underwent a transformation in October 2010 when it was refurbished with bamboo, mud and straw by the Italian NGO Vento di Terra and an Italian collective of architects and engineers known as ARCo. According to the ARCo website, the 45,000-euro ($60,000) project, which took two-and-a-half months to complete, had to comply with stringent Israeli regulations, meaning the original structure "could not grow by a single square metre". The work was done with locally supplied materials and carried out by villagers under the technical guidance of ARCo, resulting in a completely refurbished school building which has given its 130 students some crucial relief from the elements. Some 300 Bedouin from the Jahalin tribe live in Wadi Abu Hindi, which is made up of tin shacks and where there is no running water or electricity. "When I first arrived at this school 10 years ago, I came on foot and immediately asked to be transferred elsewhere," says headmaster Daud al-Asmar, who lives in the village of Hizma, some 10 kilometres away. 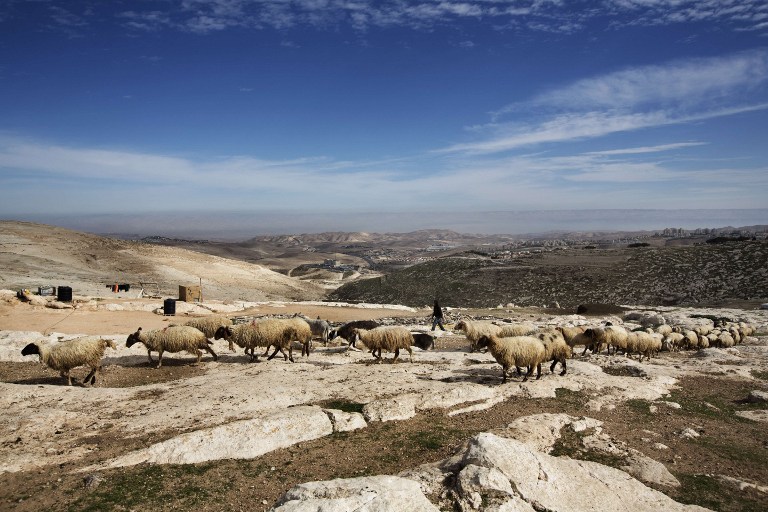 A Bedouin man and sheep walk at a camp. ©AFP "But when I started working, I saw the suffering of these children in summer and winter, I saw how many hours they walk to get here, and I started to really sympathise with their love for education," he says. "As teachers, sometimes we can't get to the school in winter, especially when there are floods, and the valley and the school are flooded with water from the rubbish dump. And in the summer the smell of burning rubbish and plastic is overwhelming," he says of the nearby municipal rubbish tip. "But we are inspired when we see these students who put up with everything." The inclement weather and the stench of the tip pale in comparison with some of the other problems facing the community. Although the community would like to pave a road to the school, they can't, says Asmar. "The ministry of education cannot build or add anything because the Civil Administration will demolish anything we build immediately," he says of the Israeli defence ministry unit responsible for planning and zoning in Area C. The problem affects all areas of life in Wadi Abu Hindi, says Mukhtar Mohammad Hammadin, the head of the village. "We want to build houses like everyone else and get water and electricity, but the Israeli authorities don't allow us. And whenever we try to insulate our homes, we are slapped with a demolition order," he complains. "They make it hard for us to live here." In 1997, the Israeli authorities razed their encampment three times, he says, but the Supreme Court later ruled the villagers should be allowed to rebuild their homes with tin -- as they did not expand on the original size of the encampment. Since then, many of the shacks have been replaced by caravan-like structures, all of which are now under threat of demolition. But for now, the bamboo school -- rebuilt strictly in line with Israel's stipulation -- has been spared. "It is true that Bedouins love freedom and being nomads, but life has changed," sighs Hammadin. "We don't have anywhere to go -- everything became either a settlement, an army firing zone or a nature reserve where we are barred from herding sheep." by Majeda El Batsh from AFP