Hundreds gathered in New York over the weekend for a convention celebrating origami, the ancient Asian art of paper folding, as the craft gains increasing recognition as serious art in the West. Animals, shapes, landscapes and spaceships constructed with astonishing intricacy were on display at OrigamiUSA, all fashioned entirely from uncut paper squares and without a drop of glue. "We say the universe is flat and is contained in a square piece of paper. With paper you can do everything: the limit is the imagination," explained Jorge Pardo, a self-taught origami artist. Pardo, a special guest at the convention, is the director of the Zaragoza School Origami Museum, which will open in December in northern Spain, where the West's oldest origami association was founded six decades ago. It will be Europe's first museum dedicated to the art. 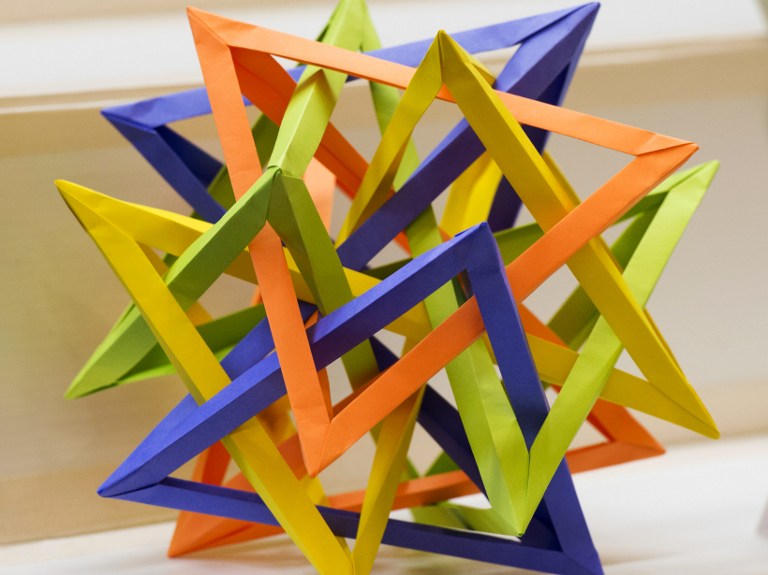 A Twisted Triangle is on display at the Origami Convention. ©AFP

A recent test run with temporary exhibits boasted 60,000 visitors over three months, said Pardo, who specializes in "modulars," such as his "flexball": a hollow sphere with openings created using several sheets of paper formed into different geometric figures. The museum plans to feature works by current masters including Satoshi Kamiya of Japan, Robert Lang and Bernie Payton of the United States, and Dinh Giang of Vietnam -- many of whose works were on display in New York. Laura Rozenberg, a member of OrigamiUSA and publisher of "The Paper" magazine dedicated to the art, said the museum represents a major step in the trend towards creating "permanent exhibition spaces for the critical mass of exceptional work" that has accumulated. Origami, a term which comes from the Japanese words "ori" (folding) and "gami" (paper), has a home in Tokyo's House of Origami museum. But in the West, until now, exhibits have been temporary. 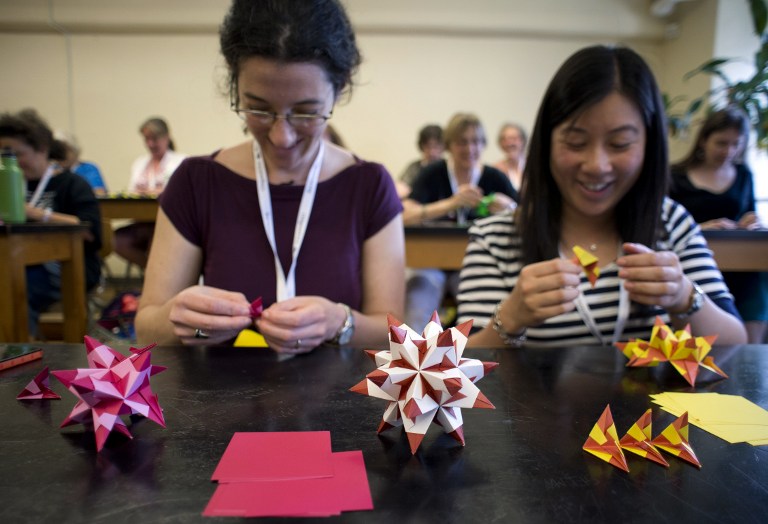 Two young women make Bascetta Stars during an Origami class at the Origami Convention. ©AFP In addition to the upcoming Spanish museum, Rozenberg, an Argentine who has lived in the United States for 15 years, is helping build an origami museum in Uruguay, slated to open in 2014. -- New tech transforms an ancient art -- The art of folding figures dates back to the invention of paper in China in the first or second century and its arrival in Japan a few hundred years later. The first known book with folding instructions is the "Senbazuru Orikata," published in Japan in 1797. Since then the art has come a long way, with a modern phase starting in the 1950s and evolving further in recent decades with the rise of computers and the Internet, explained Rozenberg. "In the 50s, people began to connect around the world, sending letters with models," said the biologist and journalist, highlighting the role of Akira Yoshizawa. 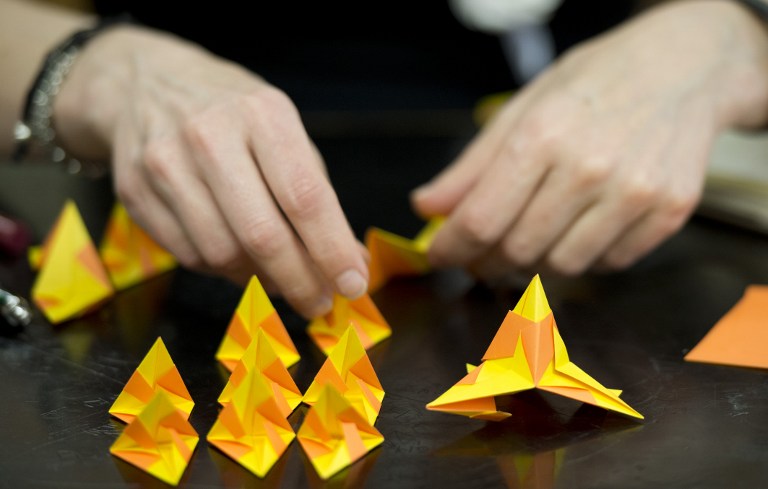 A student makes a Bascetta Star during an Origami class at the Origami Convention. ©AFP Origami enthusiasts are divided between the "purists" who work exclusively from paper squares, without cuts or glue, and those who allow cutting and rectangular papers. The computer has added a new dimension, with some artists using programs to design their creations. "This is a new stage, with some folders moving towards the super complex and others who want to return to simplicity without losing originality," she said. The technology has also opened new horizons for the art, including a scientific collaboration that has led to designs being applied to engineering. The art form has also spread to other fields, including occupational therapy and rehab therapy, in addition to its most popular and traditional role as a mental exercise that also helps children develop fine motor skills.

By Mariano Andrade from AFP