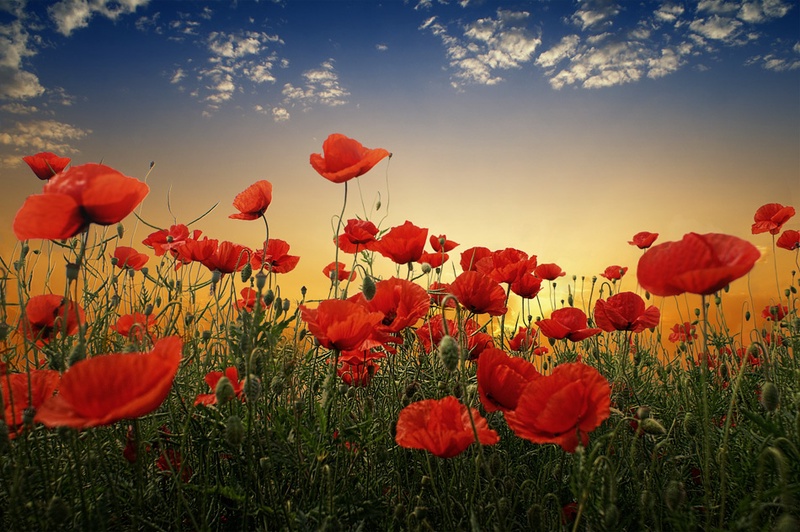 Nearly a decade into the war in Afghanistan, opium poppies are still the major crop for many farmers and a big source of income for the Taliban despite expensive efforts to stamp out cultivation.

"I would say nearly 80 percent of people in our district grow opium for very obvious reasons... it is easy."

War-torn Afghanistan produces around 90 percent of the world's opium, most of which ends up as heroin on the streets of Western cities or supplies some of the one-million drug-addicted Afghans.

It also helps fund a Taliban insurgency that, nearly 10 years after the extremists were ousted from power by a US-led invasion, is killing more foreign troops with every passing year.

The violence only encourages more farmers to grow the crop, said Jean-Luc Lemahieu, Afghanistan country representative for the United Nations Office on Drugs and Crime (UNODC).

"In a period of insecurity or conflict, poppy is the best crop to plant. If you're a farmer, you think: 'They (drug lords) come to my farm, provide seeds, loans, they'll come to my farm gate to pick up the harvest," he told AFP.

This saves the farmers from travelling long distances on often unsafe roads dotted with landmines and criminal gangs launching ambushes.

Many officials now see Western-led poppy-crop destruction -- on which hundreds of millions of dollars was dished out earlier in the war -- as a flawed solution.

"It's difficult to win hearts and minds when to attack poppy fields is to attack the local population," said one Western security source, speaking on condition of anonymity.

Earning support in rural areas is a key part of the West's military counterinsurgency strategy in Afghanistan.

But poppy cultivation -- thought to provide a living for six percent of all Afghan households -- shows precious few signs of dying out of its own accord.

While a UNODC report last week predicted a small drop in cultivation across the war-torn country this year, it said poppies would likely return to five northern provinces which were free of them in 2010.

Kandahar and neighbouring Helmand remain by far the biggest centres of poppy cultivation, with nearly three-quarters of Afghan opium coming from the two southern provinces, also typically scene of the war's bloodiest battles.

In their often dirt-poor villages, where most men rely on agriculture to feed their families, poppy growers are guaranteed a good income from opium.

The poppy crop normally earns them around four times more than growing wheat. This year, the rewards could be even greater as prices for dry opium have more than trebled to $281 per kilogram after a crop blight in 2010.

"We sell our harvest even before we harvest it," Haji Abdul Hameed, a farmer from Zahri district in Kandahar, the Taliban's traditional heartland, told AFP.

"All it takes is a farmer who grows and waters the opium and people who extract the opium fluid. We can hire 50 people at the time of harvest, they will extract the fluid and it's over...

"It is sold right on the field at a price already fixed at the time of cultivation."

While it is drug lords who buy it, the Taliban make money from the harvest by collecting a portion of the crop in return for pledging to stop local officials from destroying poppy fields. The militants then sell it on.

They also demand money for providing safe transport of the crop, the insurgents making in all up to $155 million a year from the poppy trade, UNODC estimates.

It is now Afghan officials who lead efforts to eradicate the crop, but they face an uphill and bloody battle -- across the country, 12 police have been killed while clearing fields since the end of February alone.

In Kandahar this year, officials have destroyed just 600 hectares (1,500 acres) of land, according to the head of its counter-narcotics directorate.

"You should never focus on eradication as a magic tool," cautioned Lemahieu, who admitted that it would take at least another decade to see a significant decrease in poppy cultivation.

What was needed was increased security, talks with farmers about switching crops and tailored assistance programmes for poppy farming communities, he said, insisting progress was being made.