The September 11 attacks ushered in a new era of warfare, with the United States relying on a new fleet of robotic aircraft and elite special forces with high-tech gear.

Here are some of defining features of the post-9/11 wars:

An unmanned, propeller plane equipped with cameras, precision-guided bombs and missiles, the Predator has allowed the US military to spy from the sky for hours on end and attack terror suspects without putting troops at risk. 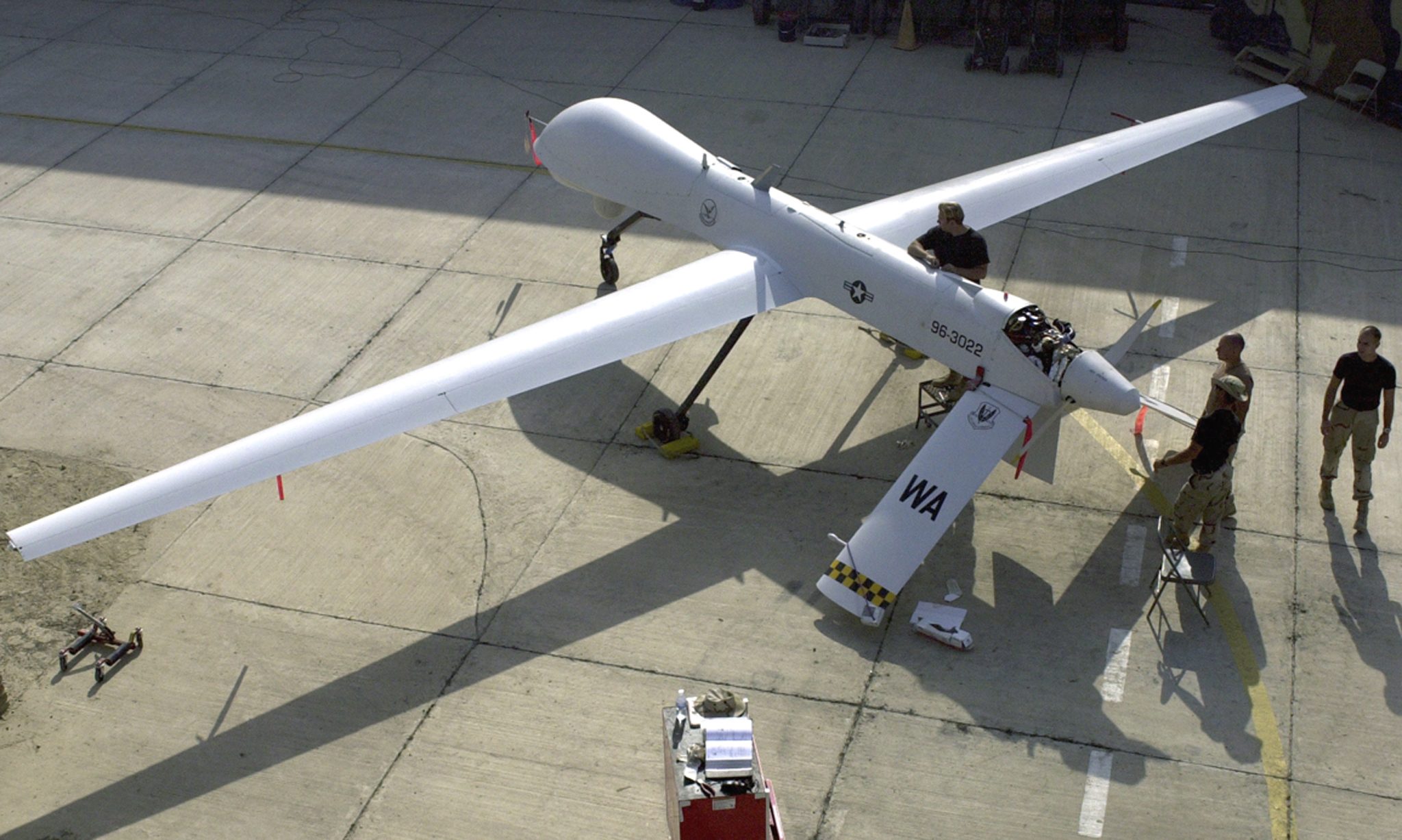 The Predators, part of a new wave of robots that are changing the face of war, became the workhorse of the campaigns in Iraq and Afghanistan as well as the CIA's covert drone campaign in Pakistan against Al-Qaeda and the Taliban.

The US military has 269 of the aircraft but is replacing them with an improved model, the Reaper, which can fly twice as fast and cruise at higher altitudes. 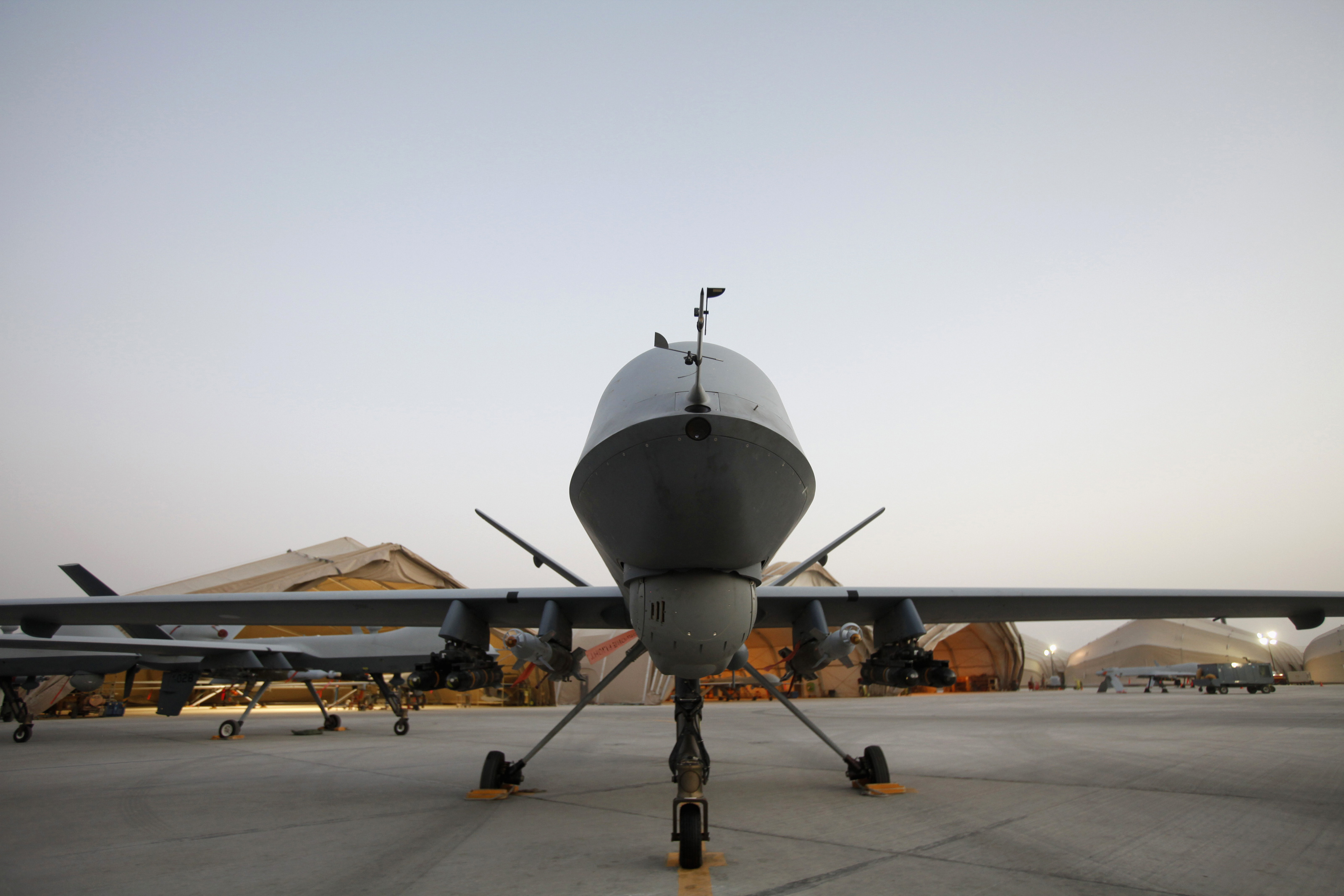 The Predators and Reapers are among thousands of unmanned aircraft and ground robots now deployed by the American military, including the giant Global Hawk, a spy jet with a 116-foot wingspan that can fly at high altitude, replacing the U2 plane born in the Cold War era.

Homemade bombs, the number one killer of troops in Iraq and Afghanistan, proved lethal against the military's standard vehicle, the Humvee, which has a vulnerable, flat bottom. 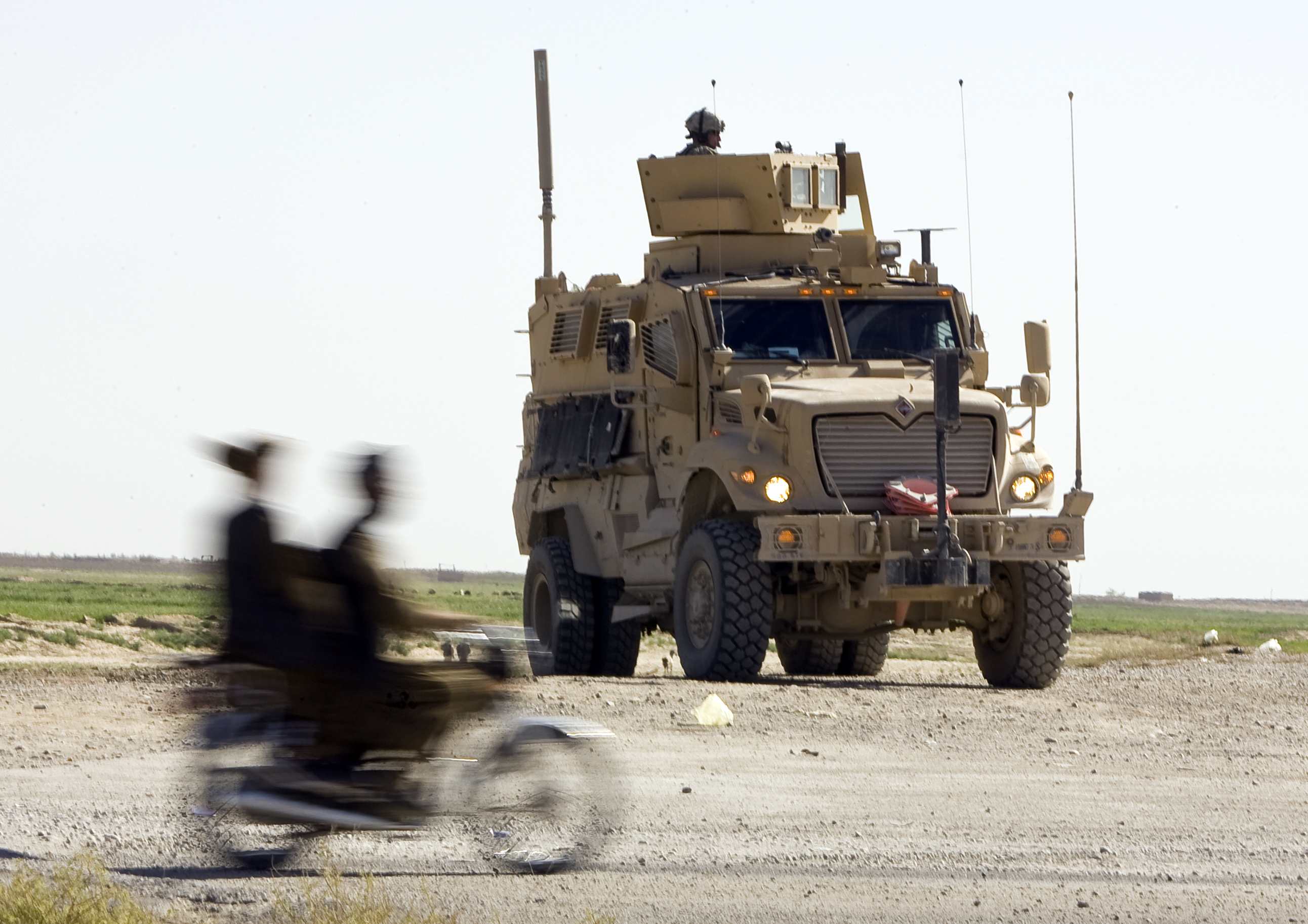 The MRAPs' V-shaped hulls help deflect the force of explosions and the vehicle's higher chassis keeps troops further from the main force of the blast from improvised explosive devices.

Commanders believe the MRAPs helped save thousands of soldiers' lives, and cite figures that show the number of casualties from IEDs dropped more than 80 percent after the introduction of the vehicles. The US military now has 27,740 of the vehicles, including more than 8,000 modified MRAPs for Afghanistan's tougher terrain and bad roads.

The wars in Iraq and Afghanistan gave US soldiers a new look, with night vision goggles attached to helmets, sophisticated gun sights, knee-pads and digital camouflage. 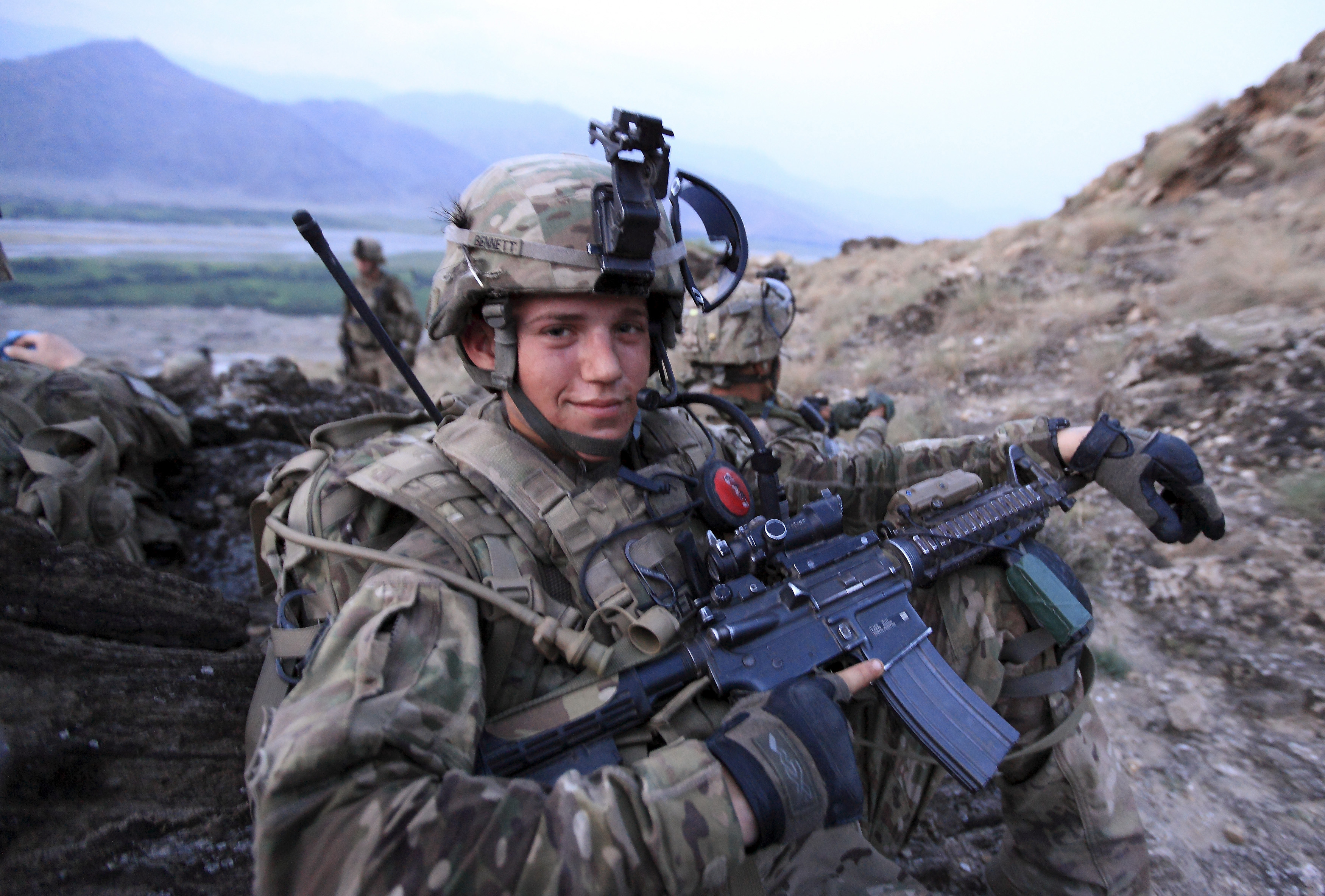 The simple flak jackets worn by troops at the beginning of the Iraq war in 2003 were fortified with ceramic plates and eventually replaced with more elaborate personal "armor," with collars protecting the neck and side panels.

The "war against terror" elevated the role of elite special operations forces, the heavily-armed, highly-trained troops that move in small teams. Often sporting beards to keep a low-profile, the commandos became a crucial weapon for manhunts and intelligence gathering. 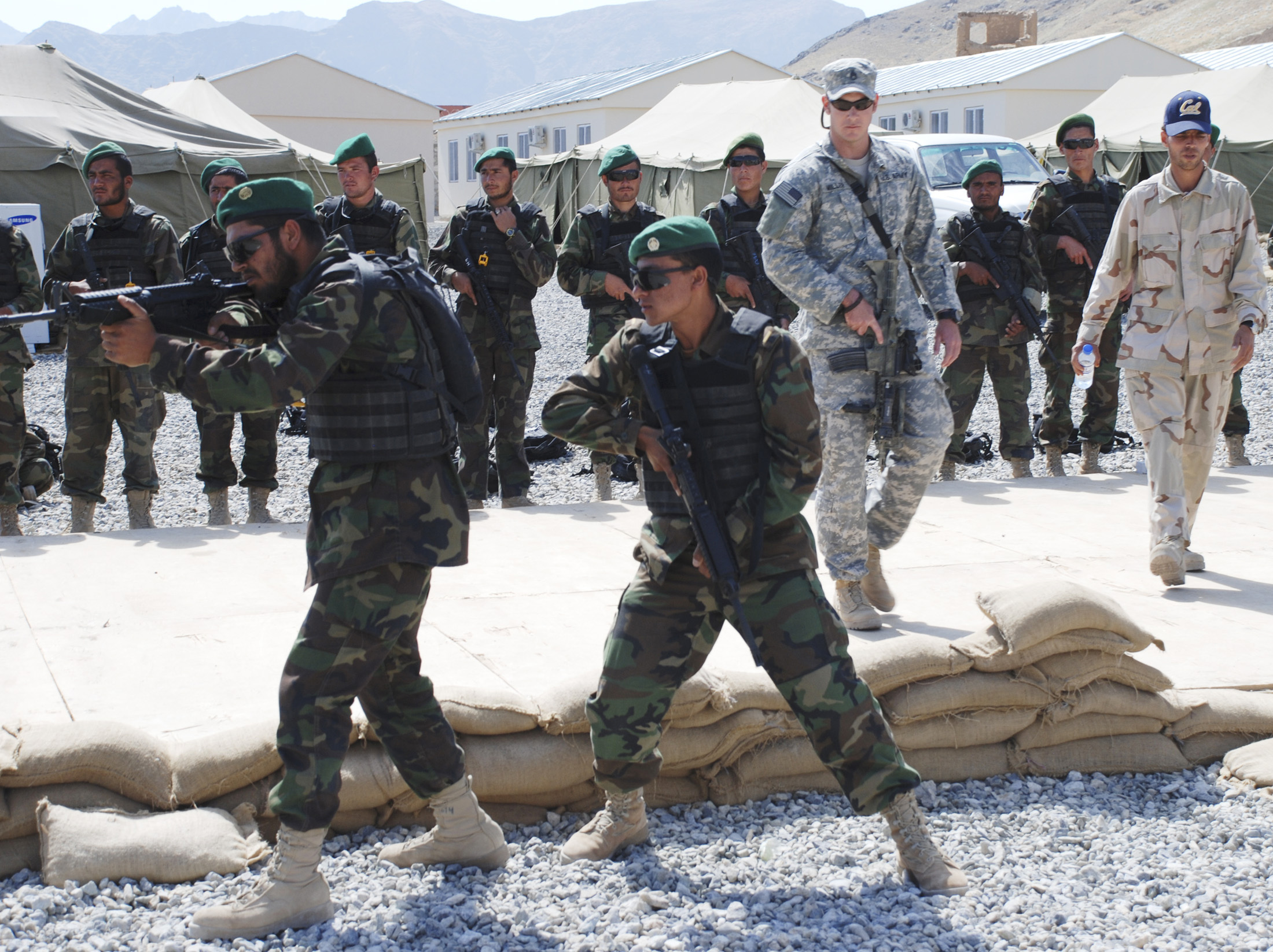 In Afghanistan in the weeks after the 9/11 attacks, special forces units and covert CIA operatives -- some of them on horseback -- deployed alongside Northern Alliance forces to push the Taliban from power.

In Iraq and Afghanistan, commanders relied on the special forces units to carry out numerous night raids to capture or kill militant leaders in a bid to break the back of the insurgencies.

Members of the Navy SEALs' famed "Team Six" became national heroes when they led a daring nighttime raid deep into Pakistan, gunning down Al-Qaeda chief Osama bin Laden on May 2, 2011.