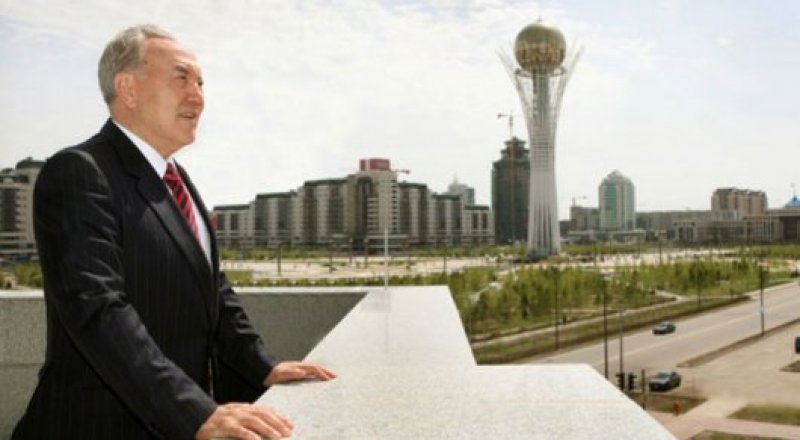 Deputy of the Majilis of the Parliament Kuanysh Sultanov proposed to reflect the name of Nursultan Nazarbayev in the name of Astana, Tengrinews.kz reports.

"The great way to independence must be immortalized. With this in mind, it is necessary to put up a monument “Tәuelsіz Kazakhstan” (Independent Kazakhstan) in the capital. We suggest highlighting the first President’s outstanding contribution to the construction of our state in the Constitution. The Leader of the Nation is Nursultan Nazarbayev. We also suggest recording the name of Yelbasy (the leader of the Nation) in the name of the capital and other important facilities of the country . Our common goal is to get united around Yelbasy, make values ​​of Mangilik Yel (Eternal land) stronger, carefully preserve and pass on to our descendants the most precious thing we have - sovereign and independent Kazakhstan. Independence has always been and will be our main unifying goal."- said MP Sultanov.

Sultanov’s suggestion was supported by Vladislav Kosarev a deputy from the Communist faction Vladislav Kosarev, who also spoke at the joint session of the Chambers. "I am sure name the President should be in the name of the capital" - he stressed.

"It is fair to highlight the outstanding contribution of the President to the construction in the Constitution.” - MP Irina Aronova said.

Previously there were suggestions to rename Astana in 2013. Then the member National Academy of Sciences Sartayev Sultan expressed his opinion to rename the capital into Nursultan. And in 2009, the Ambassador of Azerbaijan Latif Gandilov proposed to rename Astana into Sultan-Ata.

MPs are considering the adoption of the Declaration of the 25th anniversary of Independence of the Republic of Kazakhstan. There are 104 of the 107 deputies of the Majilis at the joint meeting, including  all 47 deputies of the Senate, as well as the Prime Minister of Kazakhstan, Secretary of State, Head of the Presidential Administration, Chairman of the Constitutional Council and the Supreme Court, the CEC, members of the Government, heads of state bodies, who directly report to the President, senior officials of the Presidential Administration, Office of the Prime Minister and Parliament.

Earlier the speaker of the Majilis Nurlan Nigmatulin signed the order to convene a joint meeting of the Parliament.