South Korea considering swapping a stake in KEPCO for a stake in uranium mine in Kazakhstan11 августа 2011, 15:20 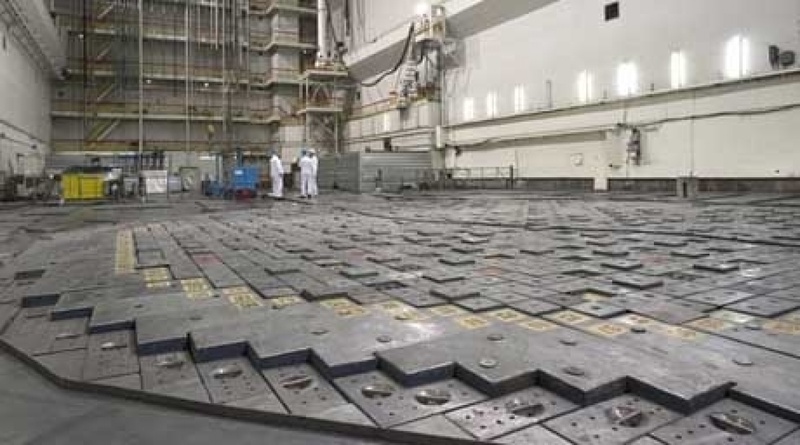 ©RIA Novosti
South Korea is considering swapping a stake in a Korea Electric Power Corp. (KEPCO)’s subsidiary for a stake in an unnamed Kazakhstan-based uranium mine, KazTag reports, citing South Korean media. According to the South Korea’s Trade Ministry, Seoul plans to exchange a 5% stake in KEPCO Plant Service & Engineering Co. for a 15% share in the unnamed mine. According to Finance.Yahoo , Korea Electric Power Corporation, an integrated electric utility company, engages in the generation, transmission, and distribution of electricity in Korea. The company generates power from nuclear, coal, oil, liquefied natural gas, hydro, wind, and solar sources. As of December 31, 2010, it operated 487 generation units, including nuclear, thermal, hydroelectric, and internal combustion units with a total installed generating capacity of 65,559 megawatts. As of December 31, 2010, the companys transmission system consisted of approximately 30,676 circuit kilometers of lines of 765 kilovolts and others, including high voltage direct current lines, as well as 731 substations with an installed transformer capacity of 256,317 megavolt-amperes; and distribution system included approximately 101,692 megavolt-amperes of transformer capacity and 8,343,076 units of support with a line length of 428,529 circuit kilometers. It provides electricity primarily to industrial, commercial, residential, educational, and agricultural customers. The company was founded in 1961 and is headquartered in Seoul, South Korea. Early this year KazAtomProm Chairman Vladimir Shkolnik had briefed that the overall uranium production in 2010 made up 17803 tons. In February 2011 President Nazarbayev announced that in future Kazakhstan would be able to supply up to 40% of uranium imported to China.