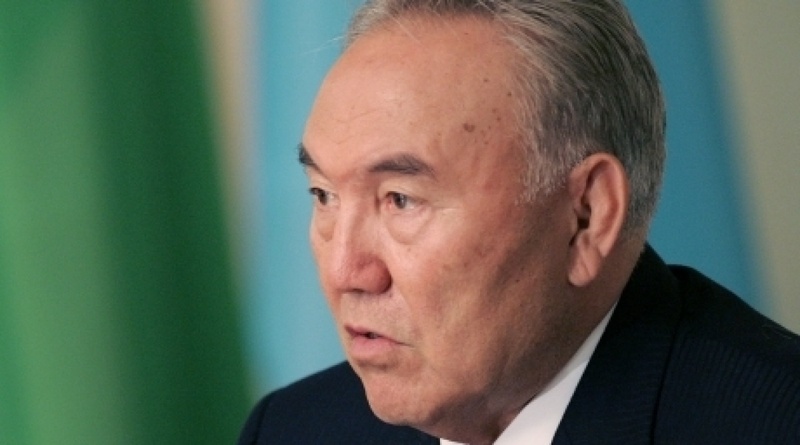 Nursultan Nazarbayev. ©REUTERS
Kazakhstan’s President Nursultan Nazarbayev has called farmers of North Kazakhstan to shift from wheat growing to fodder cropping, Novosti Kazakhstan reports. When touring the major grain producing regions of Kazakhstan, President emphasized that Kazakhstan consumes 6 million tons of grain, whereas the rest of the harvest has to be exported. “When we have oversupply of grain, we don’t know where to sell it. We are trying to agree on grain supplies to China, but China imports cheaper Australian grain. North Africa and Middle East countries consider importing our grain, but transportation is complicated”, President Nazarbayev said. “We have to shift to more effective agriculture realms, e.g. fodder cropping. Colza brings greater profits than wheat. Barley and oats yield is high (…) we need to produce feed crops”, President believes. Head of State added that there are 54 feedlots across Kazakhstan, saying that “2300-2400 farms should be created around these feedlots”. “How could we implement the plan without fodder cropping? I suggest you shift to fodder cropping. It is more efficient than wheat growing”, Nazarbayev said. Sky-high grain harvest estimate stands at about 22 million tons as of the end of July, Agrosektor.kz reported earlier, citing the Kazakhstan’s Research Institute for Environmental and Climate Studies. Agriculture Minister Assylzhan Mamytbekov had told a briefing August 17 2011 that grain harvest in Kazakhstan would make up 18.9 million tons. According to the Agriculture Ministry stats, Kazakhstan exported 5.9 million tons of grain in the 2010-2011 marketing year. This figure included grain equivalent of exported flour (2.5 million tons). The grain was traditionally exported to Uzbekistan, Tajikistan, Afghanistan, Azerbaijan and Kyrgyzstan. According to the Government’s web-site, grain harvest in 2010 totaled 12.2 million tons (net weight). Grain harvest of 2009 made up 22.7 million tons (bunker weight).