National Bank to exercise preemptive right to buy out all produced gold for 2-3 years to come08 сентября 2011, 12:21 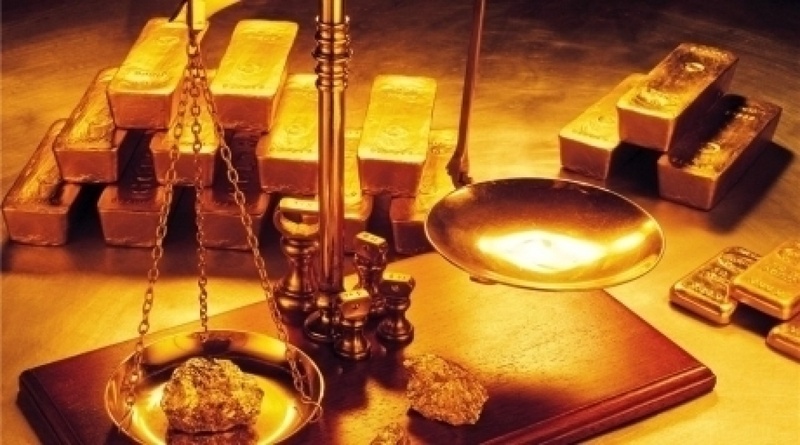 Photo courtesy of deswal.ru
Obtaining the preemptive right to purchase all the gold produced in Kazakhstan from January 1, 2012, the National Bank of Kazakhstan will be exercising the right to the full for 2-3 years, Gregory Marchenko, Head of the Bank, said at a press-conference September 7. In August the National Bank announced that to refill the nation’s gold reserves the Bank plans to exercise its preemptive right to purchase all the refined gold in bullions. “With the current level of gold production we can easily purchase all the gold to be produced within 2-3 years. Should we decide we have enough gold, we will suggest changing the set order”, Marchenko said. He elaborated that in the latter case the National Bank could purchase part of produced gold, enabling producers to export the rest amount. “Alternatively, we could sell part of gold out of the Bank’s portfolio at the external markets, which would be even easier, given that over half of gold (out of the National Bank’s reserves) is kept outside Kazakhstan”, Marchenko said. When commenting on the reasons behind the Bank’s decision to exercise its preemptive right to purchase Kazakhstan-produced gold, Mr. Marchenko pointed to lack of transparency in gold exports following the liberalization of the national market of precious metals. “The current schemes of gold export still raise a lot of questions (…) The suggested scheme will be absolutely transparent”, Mr. Marchenko said, saying that the decision was taken by President Nazarbayev. According to Marchenko, the gold refineries owned by Kazakhmys and KazZinc are capable of producing over 40 tons of refined gold a year. In this context, construction of a new gold refinery calls for further discussions. The Bank’s statement reads that the Bank will be a guaranteed purchaser for domestic producers meeting international and domestic standards for the nearest years. As of September 1, the Bank’s gold assets are worth $3.95 billion, 29.5% up from the start of the year. Tengrinews.kz reported earlier that gold production output in Kazakhstan in January – July grew 48.3% as compared to the like period of 2010, the State Agency for Statistics reports. According to the stats, production of raw and semi-refined gold for the period made up 21 432 tons. Refined gold production figure stood at 9.71 tons. In 2010 annual production of raw gold and semi-processed gold stood at 29.9 tons, with 13.3 tons being refined gold. The Kazakhstan’s Ministry of Industry and New technology seeks to bring gold production up to 70 tons a year. July 4 President Nazarbayev announced that Kazakhstan needs a state-owned gold refinery. Earlier Kazakhstan Vice Prime Minister and Minister of Industry and New Technology Asset Issekeshev announced the nation's plans to construct a 3rd gold refinery. He elaborated that “the project could be implemented either solely by the state or in partnership with private investors”. “Feasibility study is under way (…) As of now there are two gold reineris owned by Kazakhmys and Kazzinc”.