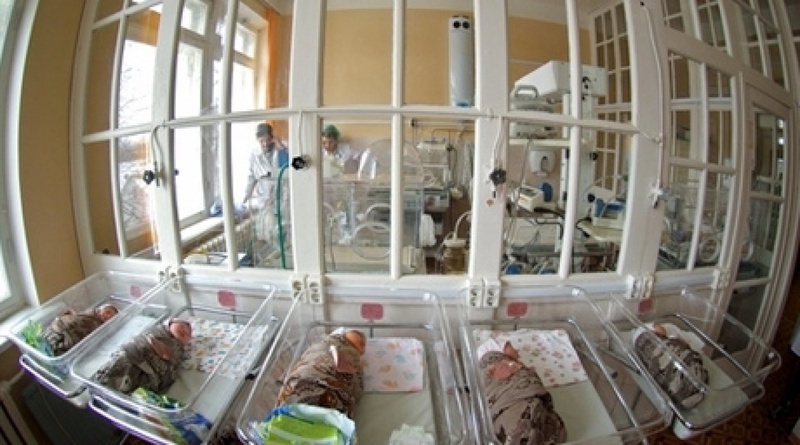 ©RIA Novosti
Kazakhstan’s Ministry of Labor has rejected the suggestion to open a deposit worth $1000 for every newly born baby as is done in some oil-producing nations. The suggestion was voiced by an Internet user during the on-line conference with PM Karim Massimov at Zakon.kz July 15. “Why doesn’t Kazakhstan follow the Gulf nation’s example to open a deposit worth $1000 for every newly born baby, making sure the parents are not able to withdraw the money until the child comes of age? (…) It’s not substantial expenses for such a rich nation as Kazakhstan”, the user wrote. The Labor Ministry commented August 10 that “the global economy faces both ups and downs, so the state had better take some measures to protect the nation against slump of prices [for commodities that ensure most of the budget revenues]. The National Oil Fund is such a “cushion”. The National Fund of Kazakhstan was created in 2000 as a stabilization fund that accumulates windfall revenues from oil sales and ensures the economy of Kazakhstan will be stable against the price swings of oil. The assets of the National Fund are monitored by the National Bank of the Republic of Kazakhstan. Assets of the National [Oil] Fund at the end of July totalled $38.72 billion. “These funds enabled the Government to stabilize the situation in the wake of the global crisis and minimize negative influence of the external trends on the national economy (…) There have been suggestions of redistributing the money of the National Fund among the population, however now it is obvious that such a move would have been a mistake”, the Ministry emphasized.