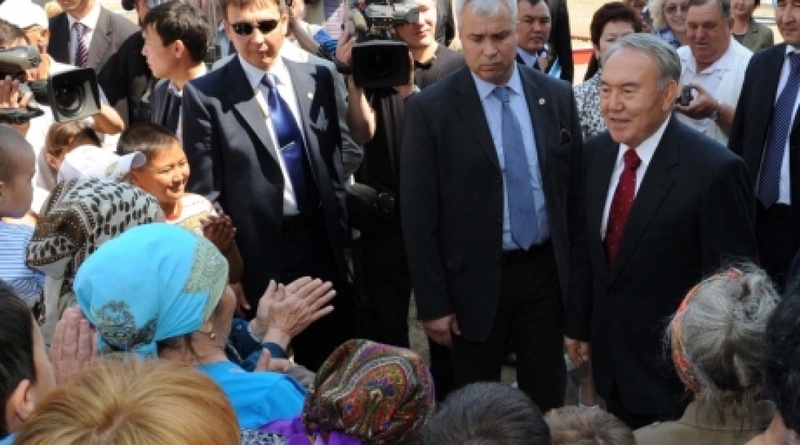 Nursultan Nazarbayev. ©Bolat Otarbayev
On his working trip to Akmolinsk oblast Kazakhstan’s President Nursultan Nazarbayev told that by 2015 Kazakhstan plans to exports 60 000 tons of bovine meat, his official web site reports him as saying. “From year to year it has been more complicated to sell grain. We’d better produce meat which is very demanded in the neighboring countries. As we earlier said, we will be opening four large-scaled feedlots. Over 2500 minor farms are to emerge around them. This will create a lot of new jobs and enable us to export meat. By 2018 Kazakhstan is to bring meat exports figure up to 180 000 tons”, President Nazarbayev said. “If a ton of meat is fivefold more expensive than a ton of grain (…) it is a viable initiative (…) Lands under grain should be transformed to accommodate forage crops”, he added. During the trip President was visiting a number of cattle and fowl breeding farms. Kazakhstan plans to export 2000-3000 tons of bovine meat in 2011, Kazakhstan’s Agriculture Minister Asylzhan Mamytbekov had said late July. According to him, the nation fully meets its domestic demand.