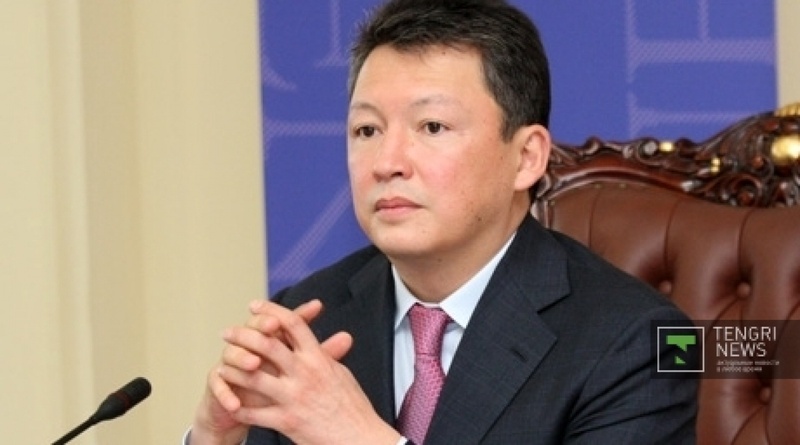 Timur Kulibayev. By Yaroslav Radlovsky ©
Kazakhstan’s Government hopes to enter Karachaganak oilfield development project within a month, Samruk Kazyna Sovereign Wealth Fund Head Timur Kulibayev told at a press conference September 7, Novosti Kazakhstan reports. “I hope we will come to terms within a month”, he said. Kazakhstan first announced its intention to purchase a stake in the project in 2009. This announcement followed an argument with the project shareholders over oil export duties introduced by the government. The legal claims were withdrawn and the parties started negotiating. After a long-lasting taxation argument the consortium agreed to give Kazakhstan a 10 % in the project. The plan was to complete negotiations this fall. With its 1.2 billion tons of oil and condensed gas and 1.35 trillion cubic meters of gas, Karachaganak is one of the largest O&G fields in the world. Karachagank accounts for 49% of all the gas production and 18% of oil production in Kazakhstan. Karachaganak Petroleum Operating (KPO) is a consortium of companies to develop Karachaganak oilfield. The consortium includes BG Group, Eni (32.5% each), Chevron (20%) and LUKOIL (15%). KPO operates in accordance with a PSA signed with the Kazakh Government in November 1997. According to the PSA, the consortium shall be operating the project up to 2038. Mid-June Tengrinews.kz reported that Kazakhstan’s Government and Karachaganak Petroleum Operating (KPO) had reached a preliminary agreement for Kazakhstan to purchase 10% in Karachaganak project. According to a source close to the situation, “All the participants have agreed to Kazakhstan’s purchasing 10%: 5% on a free of charge basis, the other 5% - at the market price”, the source said. Earlier it was reported that Kazakhstan’s share in the profits from Karachaganak oilfield developed by Karachaganak Petroleum Operating (KPO) stands at 20%, according to Minister of Oil and Gas Sauat Mynbayev.