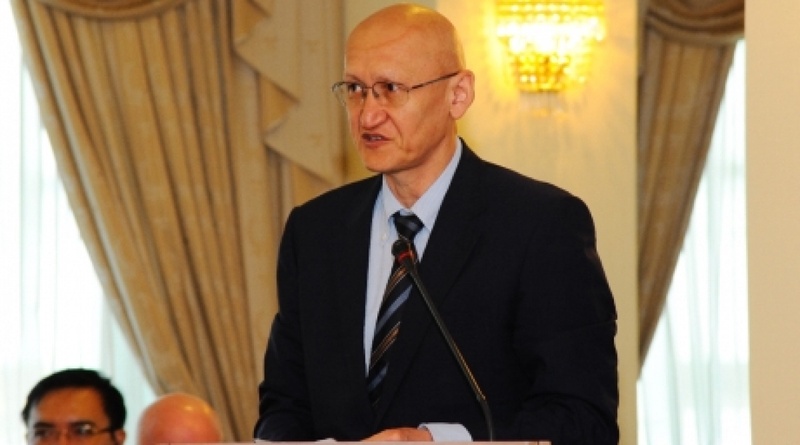 Finance Minister Bolat Zhamishev. ©flickr.com/photos/karimmassimov
The Kazakh Government has no plans to raise export duty on crude, KazTag Agency reports, citing the Finance Minister Bolat Zhamishev. “The issue of raising export duty on oil is not considered in the draft three-year budget”, Minister Zhamishev told journalists on the sidelines of the government sitting of August 27 focused on the draft three-year budget for 2013-2016. Starting from January 1, exports duty on crude stands at $ 40 per ton. The previous rate stood at $ 20 per ton. According to Finance Ministry, in 2011 Kazakhstan expects to get KZT 421.4 billion ($ 2.8 billion) from introducing the exports duty. For the H1 2011 the state budget revenues paid in the form of export duty on crude made up $1.67 billion, Vice Finance Minister Ruslan Dalenov wrote in his Twitter account July 22.
Malians pick new president in crucial run-off