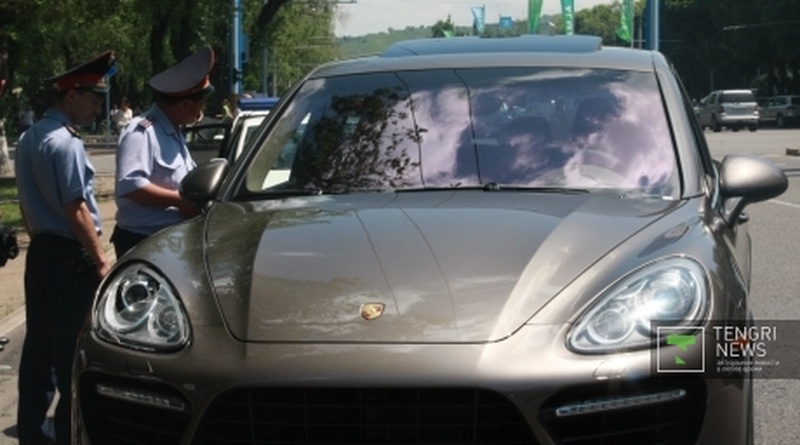 Porsche Cayenne. Photo by Chingiz Dzhumagulov©
A10-year-old girl who was run over by Porsche Cayenne is in a very serious condition in intensive care, Tengrinews.kz reports citing deputy chief doctor of the Central City Hospital Laura Tastanbekova. “She has a brain contusion and lungs injuries. Currently she is non-transportable. She is getting treatment. She is conscious,” Tastanbekova said. On June 1 an accident involving a police car and a bus happened at the crossing of busy Abai and Furmanov streets at 10:42 a.m. The police car was hit by the bus so strongly that the car flew across lanes hitting several more cars on its way. Police officer Anuar Baitursynov who was in the police car suffered severe injuries. An hour later Porsche Cayenne ran over a 10 y. o. girl near the site of the previous accident. After the accident the driver helped the girl inside his car, drove up to the policemen standing at the place of the previous car accident and told them what happened. The girl was hospitalized. The driver was led off by policemen.