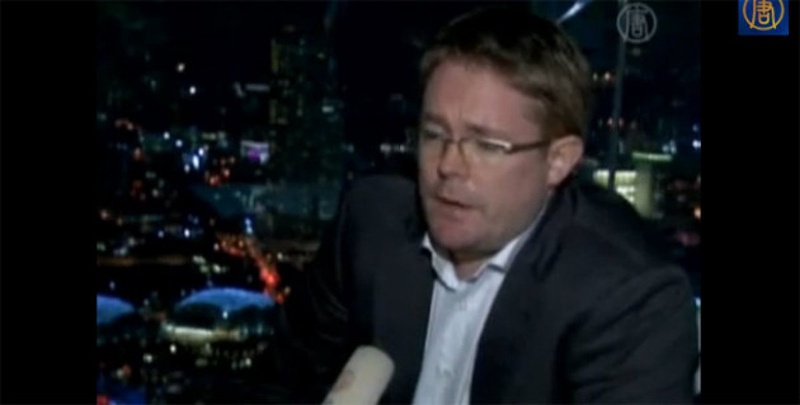 Photo courtesy of sg.news.yahoo.com
A Singapore-based British wealth adviser who set off a firestorm by publicly insulting Singaporeans who have to rely on public transport has "parted ways" with his former employer, the firm said Saturday, AFP reports. Porsche-driving Anton Casey, 39, who is married to a former Singapore beauty queen, has gone to Australia but has not said what his future plans are following the controversy. He holds permanent residency in Singapore, which he calls his adopted home, and claims to have received death threats after he referred to public transport users as "poor people" in a social network post. Casey's employer Crossinvest (Asia) Pte Ltd said in a statement: "Those comments go against our core corporate and family values that are based on trust, mutual understanding and are respectful of diversity." "Accordingly, Crossinvest Asia and Mr Casey have parted ways with immediate effect," it added in a Facebook post early Saturday. In a statement to the Straits Times newspaper on Friday, Casey, a Singapore permanent resident, said he had left for Australia "due to threats made towards my family", asking for forgiveness. The Briton and his family, now in Perth, faced stinging verbal abuse from Internet users after Facebook posts insulting commuters in the wealthy city-state went viral. One of the posts showed a picture of a boy, apparently his five-year-old son, sitting inside a metro train with a caption above the photo saying: "Daddy, where is your car & who are all these poor people?" Many took to social media on Saturday to welcome Casey's departure from the boutique wealth management firm. Singapore -- with a modern public transport system -- is one of the world's wealthiest societies, with a per-capita gross domestic product of Sg$65,048 ($50,890) in 2012.