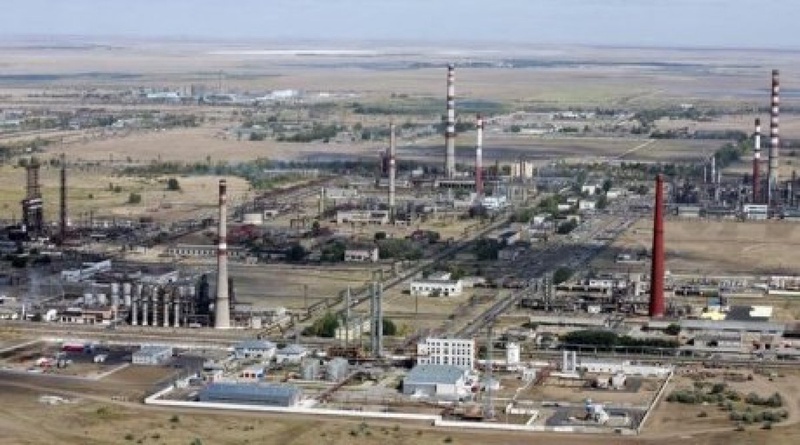 Pavlodar Oil Chemical Plant. Photo courtesy of pnhz.kz
Kazakhstan plans to attract over 240 billion tenge ($1.6 billion) in investments for the petrochemical cluster of Pavlodar oblast in the framework of the State Program of Accelerated Industrial-Innovative Development, Tengrinews reports. “In the second 5-year phase of the Program we have to finalize the regional clusters. They will be focused on export-oriented production, i.e. on high value added goods of the processing industry. We will form chemical and petrochemical clusters in the special economic zone Pavlodar. There are currently 45 participants registered with the planned investment portfolio of over 240 billion tenge and almost 3.5 thousand new jobs,” Akim (Governor) of Pavlodar oblast Yerlan Aryn said at the briefing in the Central Communications Service. According to the Akim, the annual budget incomes will make around 1.5 billion tenge ($10 million) and will grow to almost 23 billion tenge ($153 million) per year after introduction of the special economic regime. The oblast already has a pool of seven anchor projects ready to be implemented. “Implementation of these projects alone will allow to attract the investments totally worth 28.3 billion tenge ($189 million) and create 570 new jobs,” he said. “The special economic zone will enable us to start producing composite materials and other high value added goods. For example, in the chemical cluster,: at the cost of sodium chloride of $25 per one ton, the final goods (inhibited hydrochloric acid) will cost around $400. In the petrochemical cluster: at the oil price of $500 per one ton, the final goods will cost $2-5 thousand. The economic effect is evident,” the Akim said. By Altynai Zhumzhumina