No more than 10 Proton launches from Baikonur this year: KazKosmos Vice Chairman 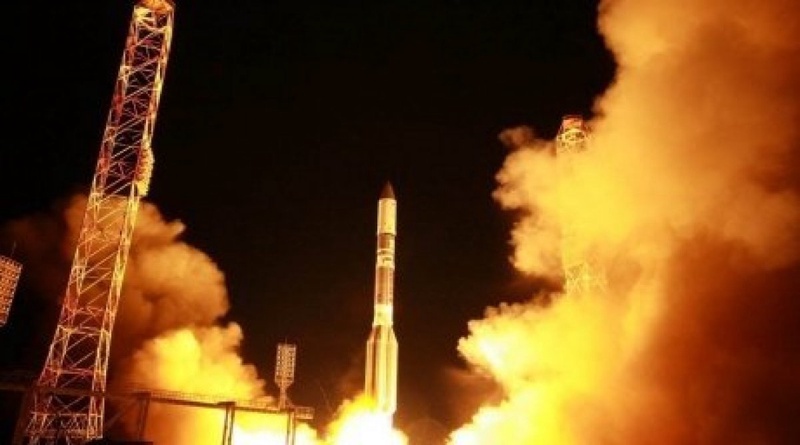 ©RIA Novosti
No more than 10 Proton carrier rockets will be launched from the Kazakhstan-based Baikonur cosmodrome [rented out to Russia] this year, Newskaz.ru reports, citing Meirbek Moldabekov, Vice Chairman of KazKosmos National Space Agency. “There were plans to launch 14 Proton carrier rockets; however, there will be no more than 10 actual launches”, he told journalists on the sidelines of the extended sitting at the Agency today. He didn’t specify the reasons behind the reduction of the planned number of launches. Russia’s Proton-M carrier rocket [equipped with a DM-3 booster] carrying three Glonass-M navigation satellites crashed right after the lift-off at Kazakhstan-based Baikonur cosmodrome on July 2, 2013. Kazakhstan estimated the damage caused by the accident at 13.5 billion tenge ($89.5 million). “Here at KazKosmos we do understand common people’s concerns over the launches. As you know, I was the first to speak against launching carrier rockets that use highly toxic heptyl and amyl”, KazKosmos Head Talgat Mussabayev told journalists after meeting students of the Eurasian National University in Astana in November 2013. “Kazakhstan insists on reducing the number of such launches from Baikonur; however (…) an immediate complete ban on such launches is impossible for a number of reasons”, he said at the time. Russia has agreed with Kazakhstan on resuming Proton-M rocket launches from Baikonur Cosmodrome, Tengrinews.kz reported December 12, 2013, citing Dmitriy Rogozin, Russian Vice-Prime-Minister, as saying after his official visit to Astana.