Kashagan oil production may be suspended for 2 years 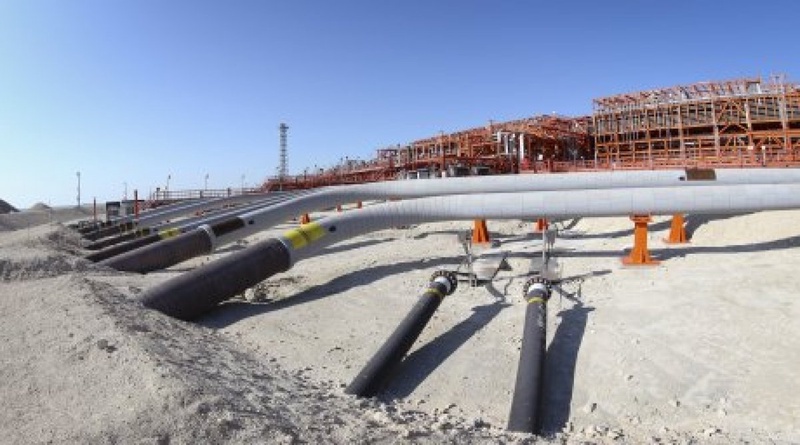 In March, Minister Uzakbai Karabalyn called everyone not to jump to conclusions concerning Kashagan. “Individual failures of a pipeline don’t have any substantial impact on the entire system,” the Kazakh Minister of Oil and Gas said.

Commercial production at the Capsian Sea offshore oilfield started in September but was suspended after two weeks because of a gas leak. The production was haltered to seal the leak and restarted on October 6 only to be halted again 3 day later because another gas leak was found.

Karabalin said that a thorough investigation of pipelines would take place in April.

A source close to Kashagan project said that the oilfield would be shut down to replace pipelines that failed to withstand corrosion based by toxic hydrogen sulfide (H2S). The overhaul might delay production at the oilfield until the end of the summer of 2014.

Some believe that it might take even longer. Quartz wrote that Kashagan might end up closed till 2016 or even 2017.

H2S posses a real problem to the Kashagan engineers who arguably will have to replace the pipelines with expensive nickel alloy ones. 17% of Kashagan’s gas contains H2S that leads to corrosion of the pipelines. Kashagan needs gas and oil pipelines that are 55-miles long. A corrosion engineer of the Battelle Memorial Institute, Barry Hindin, told Quartz that nickel-based alloy pipelines would cost 10 and even 15 times that of ordinary pipeline. This does not only add to expenses of Exxon Mobil, Shell, Eni, Total and KazMunaiGas, but also means a multi billion tie-up for the companies involved in the project.

“It remains to be seen how oil and stock markets will react to the news, as at least some of the blow is already built in to prices: Kashagan, which was contractually required to begin production in 2005 and rise to about 1.6 million barrels a day, began to produce at a daily rate of 75,000 barrels on September 11. But the companies shut it down a month later when gas began to leak from the natural gas line leading from the offshore field to an onshore processing plant,” Steve LeVine wrote.