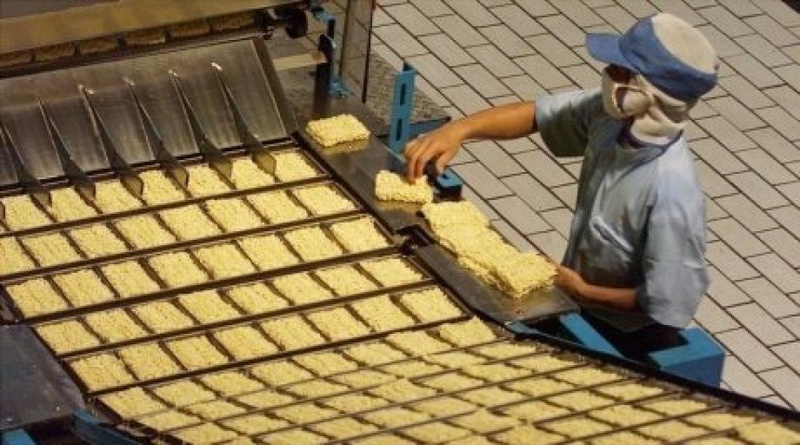 Instant noodles production at Indofood Sukses Makmur. ©REUTERS
Kazakhstan is looking into a possibility of building an instant noodles plant, Tengrinews.kz reports. “We are interested in implementing joint highly-tech investment projects. Indonesia is a leader in production of instant noodles. It sounds simple, but it fact it takes technology. A joint plant here in Kazakhstan working on Kazakh flour looks profitable for both countries,” Nazarbayev said during the visit of Indonesian President Susilo Bambang Yudhoyono to Astana in September. “As Mr. Nazarbayev said, we have a very good experience in production of instant noodles. We have many plants that produce it and we are ready to cooperate. Same is true for the plants producing palm oil,” the President of Indonesia confirmed. Meanwhile, Kazakhstan President pointed out that the volume of mutual trade between the two countries was still small and did had not even reached $100 million. “This is not a good performance for the large economy like Indonesia (almost $1 billion) or for our economy. My last year’s visit and this visit of the President of Indonesia creates a good foundation for further cooperation,” Nazarbayev said. Speaking of the cooperation prospects, the President of Indonesia stressed that his country was also famous for its oil and gas processing companies. He expressed hopes that development of the relations between the countries in tourism will "go up", in particular, after the direct flights are launched. “I sincerely hope that we will reach the commodities turnover of $100 million within four or five years,” the Indonesian President said. By Renat Tashkinbayev