Dolphinarium and ice arena to be constructed in Almaty's Central Park 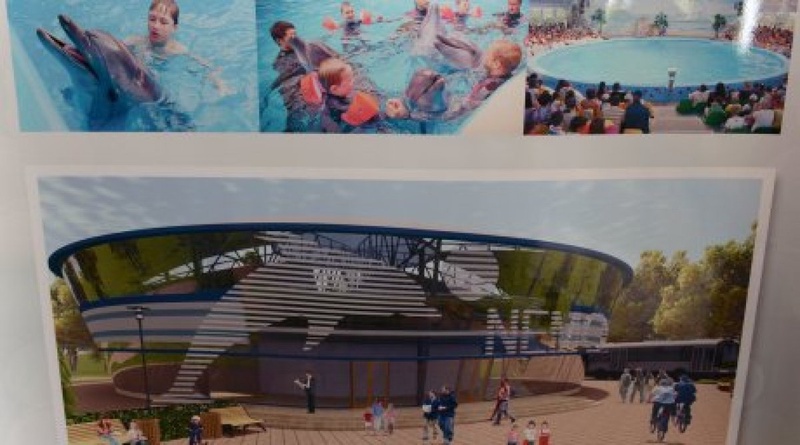 A dolphinarium and an ice arena will be constructed in Almaty's Central Park.

A dolphinarium and an ice arena will be constructed in Almaty's Central Park (Gorkiy Park on Gogol Street), Tengrinews reports referring to the Press Office of the Akimat (city administration).

On June 1, 2014 Almaty Akim (mayor) Akhmetzhan Yessimov held a meeting with heads of departments and relevant agencies on modernization of the city's Central Park, known as Gorkiy Park.

The Mayor approved preliminary designs of a dolphinarium and ice arena that are going to be contsructed in the park.

The total area of these facilities will make 7300 square meters, with the dolphinarium's area being 1000 square meters. The dolphinarium is designed for 750 seats and the ice arena is for 900 seats. Design works are going to be completed by the end of this year, and then the construction works will begin.

The Almaty Akim said that these venues would be of major socio-cultural significance. Because besides entertainment they can be used for health purposes, for example, for treatment of children suffering from diseases like autism and cerebral palsy, that can be treated in dolphinarium.

Gorkiy Park founded in 1856 is one of the most popular recreational places among Almaty residents. However, over the past years the quality of services and attractions offered by the park has been deteriorating and the Central Park did not meet even the lowest standards, therefore the Almaty city administration decided to withdraw the Park from Altyn-Taraz company's ownership and return it into the municipal property.

Altyn-Taraz JSC is a privately owned company that first leased the park from the governent in 1997 and then privatized it in 2004.

Currently, Gorkiy Park is being improved and reconstructed by the Almaty Akimat. Lawns, flower gardens are being planted, new benches are being installed on the area of 10 thousand square meters. In addition, the park's amphitheater is being reconstructed and a new parking lot is being constructed.