Tenge slides 100% in 5 months; what next for Kazakhstan? 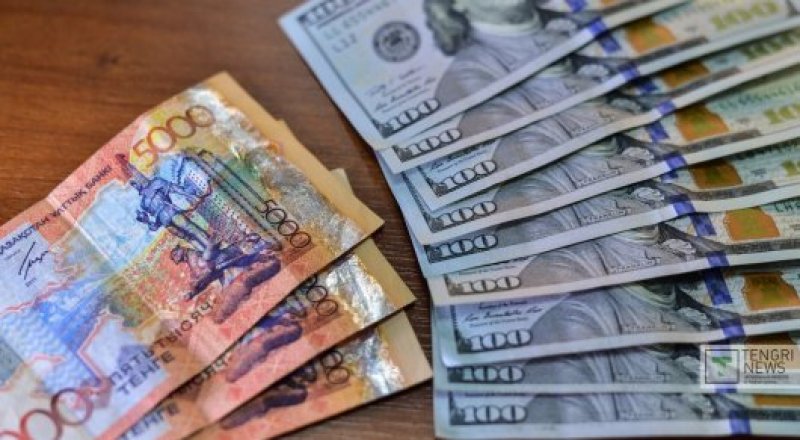 Until the commodity market reaches the bottom, the Kazakh tenge (the Kazakh national currency) will continue to be extremely volatile, the head analyst of Alpari agency Anna Bodrova us quoted by Tengrinews as saying. According to her, there remains a considerable potential for the weakening of the Kazakh tenge.

Amid the falling oil prices and the weakening of the tenge, many wonder what will become of the Kazakh economy in the following year. As some justifiably fear the potential skyrocketing of inflation in the country, experts are wary to predict when the tenge will reach its minimum.

While the National Bank of Kazakhstan claims that the Kazakh tenge exchange rate is not directly proportional to oil prices, and factors other than fluctuations in commodity prices influence the exchange rate, experts almost unanimously agree that falling oil prices pull down the Kazakh national currency.

“Kazakhstan’s economy is a commodity-type economy that is extremely dependent on sales of energy resources; the impact of oil is the key factor. The Kazakh tenge continues to fall against the US dollar. The current wave of oil volatility leaves no chance for the commodity currencies,” the head analyst of Alpari agency Anna Bodrova says. The currently unpleasant exchange rate, she says, will likely influence the inflation level in Kazakhstan.

How much lower can the tenge fall? After suffering from a heavy volatility right after it was unpegged from the dollar, the tenge calmed down in October. However, since the prices for oil continue to fall, the future of the tenge remains unpredictable. As many experts point out, currently, many factors negatively influence the prospects of commodity prices.

The doubled production of oil in the US has pushed out other oil importers, dragging the oil prices down. After the Federal Reserve has decided to raise the benchmark interest rate in December 2015, oil markets immediately witnessed increased volatility. With the decreased demand for fuel in the slowing China and Europe, the oil prices now have plummeted with Brent crude hitting its thirteen-year low. Since Iran sanctions are now lifted, Iran’s oil exports are expected to rise, pulling the oil prices even further down. Oil could slide even more, experts say, with Brent crude reaching $15-20 per barrel sometime during the following year, in which case the Kazakh tenge exchange rate would be at 400-500 tenge per one US dollar.

According to the estimates of the head of FX Strategy at Saxo Bank John Hardy, the tenge will continue to fall at approximately the same rate as oil. “Still, our commodities team sees the bottom for oil coming quickly in 2016, so there is some hope for more stability in the exchange rate at some point over the next year,” the expert says.

Apart from oil prices, Hardy notes, domestic confidence in the national currency and foreign investment climate also play a huge role in strengthening the tenge. Thus, the future of the tenge depends on “whether Kazakhstan’s dramatic attempts to attract foreign investment pay off.”

In an attempt to attract foreign direct investment, Kazakhstan’s officials plan to conduct the largest since independence privatization program. It is planned to privatize 60 of the country’s largest state-owned firms, including KazMunaiGas oil and gas company, railway company Kazakh Temir Zholy, national telecommunication services provider Kazakhtelecom, and others. If successful, the privatization program will compensate for the decreased state budget revenues from the falling oil.

Another factor that impacts the tenge exchange rate and the Kazakh economy as a whole is the influence of Kazakhstan’s neighbor and biggest trade partner, Russia. With the Kazakh tenge dependent on the Russian ruble, the Kazakh national currency has no chance of strengthening – the ruble itself is weak due to Russia’s dependency on energy resources and a continuing standoff between Russia and the West. Russia’s increased role in Kazakhstan’s economy and their joint membership in the Eurasian Economic Union leave Kazakhstan no space for economic maneuvering. It is worth noting that President Nazarbayev, approving the transition to a free-floating exchange rate, stated that the move was caused by inability of Kazakh exporters to compete with Russian producers at the given exchange rate.

Amid the present situation in the world markets, many fear what awaits Kazakhstan’s economy in the future. Some hope for the increase in oil prices, others only count on their stabilization in 2016. More and more frequently one can hear experts say that Kazakhstan’s economy needs to diversify. Who knows, perhaps, the current crisis in Kazakhstan is our rare chance to once and for all get rid of our economy’s dependency on energy resources?