President Nazarbayev: the tenge is not facing something extraordinary 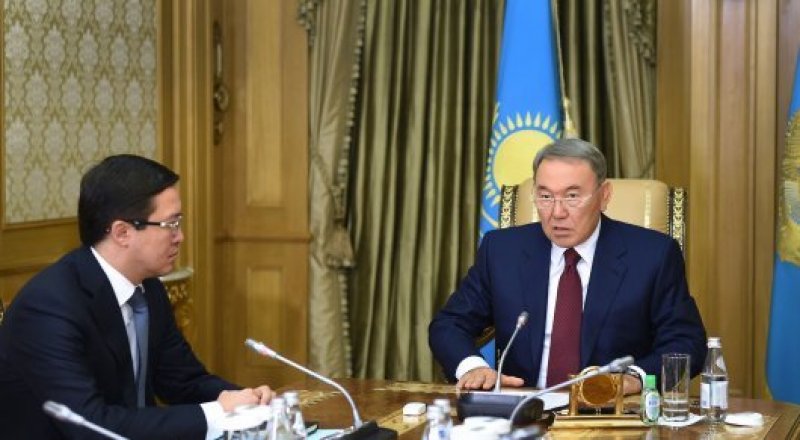 President Nursultan Nazarbayev of Kazakhstan has met the country’s Central Bank Governor Daniyar Akishev, according to the President’s website.

The talks were focused on the monetary policy of the regulator, measures to ensure stability of the country’s financial system, as well as banks’ loans to the real sector.

President emphasized that the Central Bank should work to restore confidence of the country’s people in the tenge [undermined by a steep currency devaluation since August 20, the day the Bank renounced the fixed currency band policy in favor of the free float mode] and further measures to decrease dollarization of the country’s economy.

“Against the backdrop of the free float mode, people should be made aware that the tenge is not undergoing something extraordinary. The national currency is just feeling the pressure of falling prices for hydrocarbons, which is natural. Measures should be taken to contain inflation, ensure stable supply of foodstuffs socially vulnerable groups are sensitive to, come up with measures to support the most underprivileged groups of population. Regional governors are the ones to handle these issues”, President said.

The Central Bank Governor admitted that “Kazakhstan has to take into account developments taking place in the global financial and commodities markets (…) under these circumstances, it is important to raise people’s awareness of what is going on”.

To keep the gold and FX reserves intact, the Central Bank decided to minimize its participation in the country’s FX market starting from November 5, 2015.

Back in September and October 2015 the Bank steered away from the approach announced August 20 [to shift from the fixed currency band to the free float exchange rate] and resorted to sales of FX in the domestic market. “The share of the Central Bank in the FX market [in these two months] reached 60%. Out of the National Oil Fund [accumulating windfall oil revenues] and gold and FX reserves of the National Bank a total of over $5 billion was sold at the FX market to balance the tenge exchange rate”, the Bank’s statement read November 5, 2015.