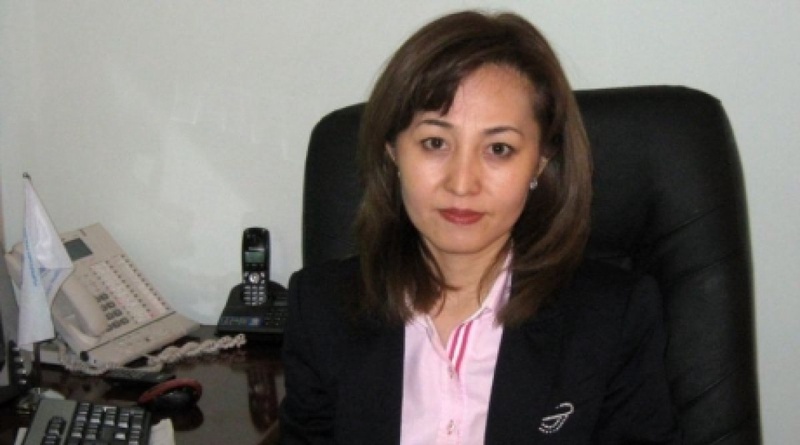 Zabira Orazaliyeva, Financial Center LLP President. Photo courtesy of rus.azattyq.org
In April 2013 Kazakhstan will launch education savings plans, Ms. Zabira Orazaliyeva, Financial Center LLP President, said at a press-conference at the country’s Education Ministry March 14. “Any citizen of Kazakhstan can open a savings account with an eligible bank to accumulate funds to cover his or her children’s tuition fees in future”, Ms. Orazaliyeva said. According to her, the major distinguishing feature of the state-run education savings plans is that the state offers a premium making up 5-7% of the amount [depending on the social status of the depositors] in addition to the bank’s interest on the deposited amount. “Halyk Bank, Kazkommertsbank and Temir bank are among the first banks to participate in the state-run program. A number of other major banks also meet the standards to participating banks”, she added. All the data on the participating banks will be available at the Financial Center LLP’S website. Tengrinews.kz reported mid-January that Kazakhstan’s President had enacted law on the state-supported education deposits to be introduced as a tool to help families accumulate funds to cover their children’s tuition fees. According to the law, depositing a certain amount in the name of their child, parents enjoy both the bank’s interest and a special premium from the government. The minimum obligatory amount to be deposited in 2013 shall be 4854 tenge ($32). The amount of all the following installments and frequency thereof shall be at the discretion of depositors. The premium offered by the government shall make 5%, with the figure standing at 7% for some categories of population. When presenting the draft legislation in the country’s Parliament, the Education Minister cited an example of how the scheme will work: “”Let’s assume a family open a deposit in the name of their 10-year-old child. The first deposited amount makes up 5000 tenge ($33), with all the following monthly deposits standing at 15 000 tenge ($100). By the time the child turns 17, the amount of the deposit will make up 2 075 000 tenge ($13 800), with 60% of the amount being the depositors’ money, 23% provided by the bank as an interest on the deposit and the other 17% provided by the government as a premium”.