Irtysh River to be used for salvation of dying Aral Sea: Kazakh Ministry of Energy 29 сентября 2015, 13:55

Ministry of Energy suggests using the Irtysh River to save the Aral Sea, one of the worst environmental disasters located in Kazakhstan.
29 сентября 2015, 13:55

Kazakhstan Ministry of Energy suggests using the Irtysh River to save the Aral Sea, one of the worst environmental disasters partly located in Kazakhstan, Tengrinews reports.

Back in the first half of the 20th century, the world’s fourth largest saline lake was fed by the Amu Darya and the Syr Darya rivers. In the 1960s, as a result of Soviet intervention for agricultural purposes, the two rivers were diverted from the Aral Sea creating a major deficit of water influx. The human alteration to the environmental system of the region resulted in a salinity spike from 10 g/l to 100 g/l in the Aral Sea. The total volume of the sea diminished from 1060 km3 to 210 km3, according to Thompson, Columbia University. The region's once prosperous fishing industry was destroyed together with the sea's fish that became largely extinct because of the extreme salinity, bringing unemployment and economic hardships to the local population.

In an ongoing effort in Kazakhstan to save and replenish the North Aral Sea, a dam project was completed in 2005; in 2008, the water level in this lake had risen by 12 m compared to 2003. Salinity has dropped, and fish are again found in sufficient numbers for some fishing to be viable. The maximum depth of the North Aral Sea is 42 m (as of 2008).

Kazakhstan has continuously addressed the issue of the North Aral Sea in an attempt to replenish the lake. This time around, Lyudmila Shabanova of the Eurasian Center of Water at the Kazakh Ministry of Energy talked about replenishing the Aral Sea using the water resources of Akmola Oblast in central Kazakhstan.

"Green economy is not only about solar batteries, but also about learning how to use the resources we have for other purposes. Annually, we face tremendous losses due to incorrect approach and mismanagement in these areas. We can solve the problem without limiting ourselves to the Aral sea dam. For this purpose we need to construct a loaded water reserve. That means we do not store water for the entire year, but we collect spring flood water and discharge it for irrigation and other needs. The second direction will be the replenishment of the North Aral Sea basin via transferring a part of the Irtysh River stock. This requires construction of the Astana Channel drawing water from Shidertinsk reservoir of the Satpayev channel to transport water from the Yesil river in Astana," Shabanova said. 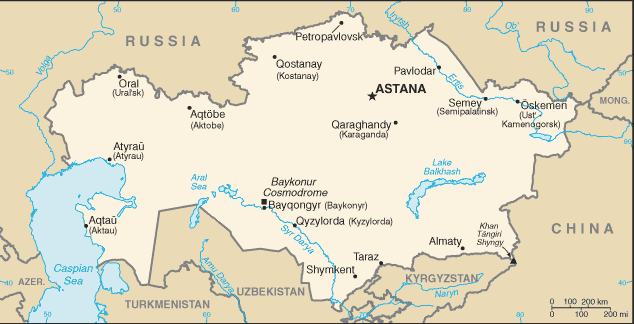 The Yesil reservoir, located between Yesil and Derzhavinsk towns will meet the needs of northern Kazakhstan for water and energy resources. It will serve to increase the irrigated area to 20 thousand hectares and bring energy production at six mini hydro electric power stations to 30 MW.

The Yesil reservoir will also help replenish the North Aral Sea and brings the lake back to the condition close to the one it had in the 1960s. This requires construction of a 60 km channel from the reservoir to the Torgay River and another channel to connect the river bed with the North Aral Sea.

The revival of once prosperous region is extremely important for Kazakhstan for environmental, economic, health and social reasons. Kazakh experts believe that the Irtysh River has enough water to replenish the dying Aral. But since all human alterations in the ecosystem have consequences, it is important to consider the effect of using the Irtysh River to salve the Aral Sea to make sure that it does not end up in another environmental disaster.