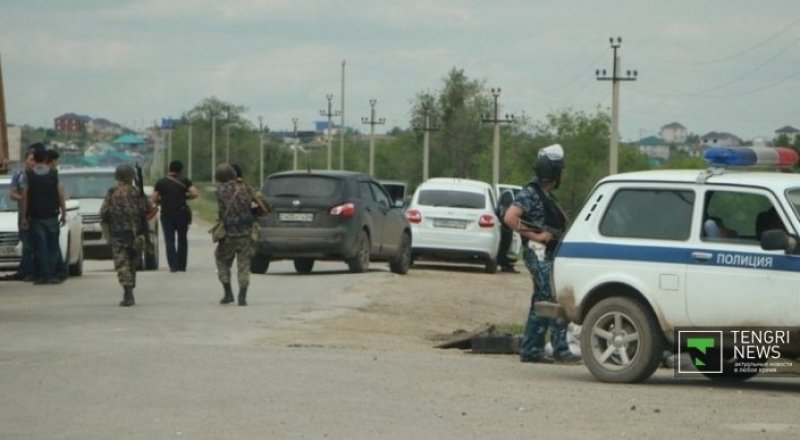 Police in Kazakhstan were hunting for up to seven gunmen on Monday after a series of "terror" attacks that killed six people, the interior ministry said, AFP reports.

"We acknowledge this is an act of terror," said interior minister Kalmukhanbet Kasymov.

"We have moved to guard all (strategic) sites," he said Monday.

The bloodshed, which happened on Sunday, saw gunmen hijack a bus as part of attacks on two weapons stores and a military base in the western city of Aktobe.

Eleven gunmen were killed by government forces in total with the interior ministry saying they were believed to be "religious radicals".

It was unable to confirm reports of a fresh Monday shootout just outside the city.

Kazakhstan's parliamentary speaker also on Monday classified the attacks that began on the eve of the holy month of Ramadan as "acts of terror".

Currently the Kazakh government has given no details about which group may have been involved in the attacks.

Gun shops were shuttered in key cities across Kazakhstan Monday, local media reported, although the ministry said the situation in Aktobe was stable.

Despite increased security on the streets, public transport was operating as normal.

Among the victims were a civilian gun shop owner and a security guard who were killed at the first store, while a customer was shot dead at the second shop, police told Russian media Sunday.

Aktobe is a city of about 400,000 in Kazakhstan's oil-producing West, located around 100 kilometres (60 miles) from the Russian border.