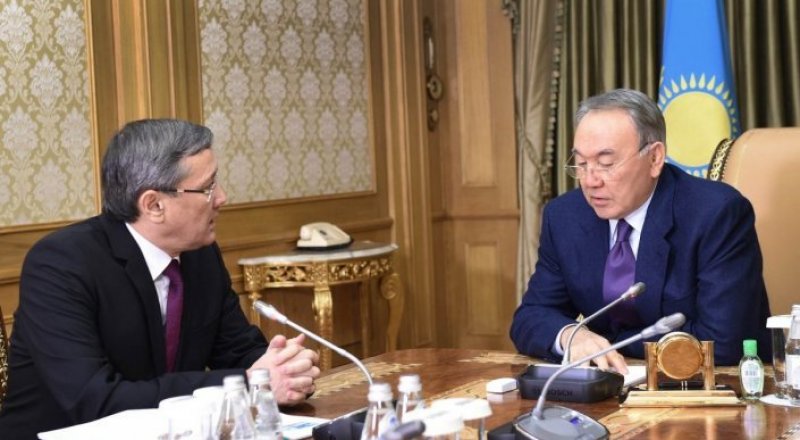 Kazakhstan's President Nursultan Nazarbayev said June 8 that the perpetrators of deadly attacks in a city in the country's oil belt were acting on instructions "from abroad", AFP reports.

Gunmen went on the rampage in the northwestern city of Aktobe near the Russian border on June 5, killing three civilians at two gun stores before trying to storm a military base with a hijacked bus, killing three soldiers and one more civilian.

In a statement on the violence Nazarbayev called the attackers "followers of radical pseudo-religious groups" adding that the gunmen had operated on "instructions received from abroad."

The attacks have led to heightened security measures across the vast country.

Eighteen armed militants have been killed in police anti-terror raids since the attacks.

"We all know that the so-called "colour revolutions" have different methods and begin with contrived rallies, murder, and attempts to seize power," Nazarbayev said in a statement published on the presidential website.

"These symptoms have also manifested themselves in our country," the 75-year-old autocrat added, declaring that June 9 would be a day of national mourning in respect of the victims of the attacks.

Earlier on June 8, he held a televised meeting with the KNB National Security Committee chief in which he demanded that "every last criminal must be apprehended. In the case of armed resistance, killed."

"All of them should (receive) the strictest punishment," Nazarbayev ordered KNB head Vladimir Zhumakanov.

But growing social dissatisfaction in the majority Muslim nation has grown as the economy reels from low oil prices and a crisis in neighbouring Russia, a strategic ally.