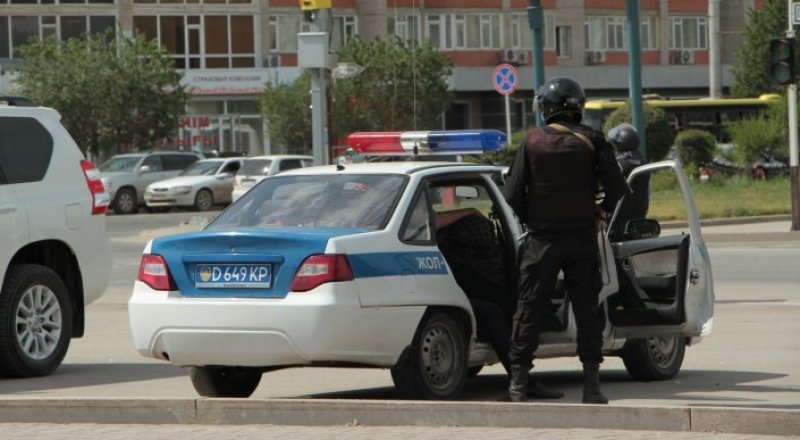 Gunmen went on the rampage in the city of Aktobe near the Russian border on Sunday, killing three civilians at two gun stores before trying to storm a military base with a hijacked bus, killing three soldiers.

The interior ministry called the attacks -- a rare incident in the relatively stable Central Asian country -- an "act of terror".

Police have blamed "religious radicals" but the authorities have not accused any particular group.

Kazakh mobile phone users received text messages on Monday informing them the country had been placed on heightened terror alert for 40 days.

Prime Minister Karim Massimov said the 75-year-old leader had the situation "under his personal control".

Police said Monday they had killed 12 "criminals" in a counter-terror operation. On Tuesday, they raised the toll to 13, without saying how the 13th person was killed.

The US embassy in Kazakhstan warned citizens of "the potential risk of travelling" to the western part of the oil-rich country.

"Although the Department of State has no further information on potential future attacks in Kazakhstan, the embassy is temporarily restricting official travel to Aktobe," it said in a statement on its website.

Aktobe, a city of about 400,000, is located some 100 kilometres (60 miles) from the Russian border in Kazakhstan's oil-producing west.

Neighbouring Kyrgyzstan also announced heightened security measures as it hosts a meeting of heads of government of the Commonwealth of Independent States (CIS), a regional grouping.