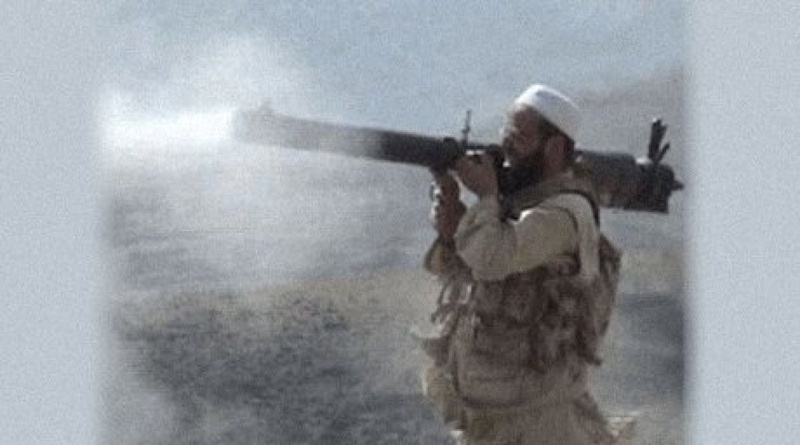 Leader of Soldiers of Khalifat terrorist group Moezeddine Garsallaoui. Photo courtesy of wordpress.com
Leader of the terrorist group
Continuation
1.
Threat from the Soldiers of Khalifat deemed real in Kazakhstan
Soldiers of Khalifat Moezeddine Garsallaoui was killed during a raid in North Waziristan province of Pakistan, SITE Intelligence Group writes. The details of the operation have not been disclosed but the information on the death of rgw Soldiers of Khalifat leader was published 2 days after 23 people were killed by American drones in North Waziristan. Tunisia-born militant Garsallaoui was also a member of al-Qayrawani group. He organized the blasts at Afghan-Pakistan border and trained militants. In particular, according to SITE Intelligence Group, he trained some Kazakhstan militants to later send them to Kazakhstan to organize terrorist attacks. Besides, Garsallaoui was the mentor of Toulouse shooter Mohamed Merah. This March 24-y.o. Mohammed Merah shot dead three children, a rabbi and three militarymen next to a Jewish school in Toulouse. The criminal was shot by the police during apprehension. According to SITE Intelligence Group, Garsallaoui and his wife Malika el Aroud were convicted by Swiss court in June 2007 for creation of a website propagating terrorism. After they get out of jail, they moved to Belgium, where they were suspected of recruiting militants to Afghanistan. Later Garsallaoui left Europe and served as a link between Al-Qaeda and Belgium terrorist network that was eliminated in 2008. The Soldiers of Khalifat earlier took responsibility for several terrorist attacks in Kazakhstan . According to Kazakhstan General Prosecutor’s office, this organization was created in summer 2011 by Kazakhstan-born Rinat Khabidolla, Orynbassar Munatov and Damir Znaliyev to take jihad to the territory of Kazakhstan.